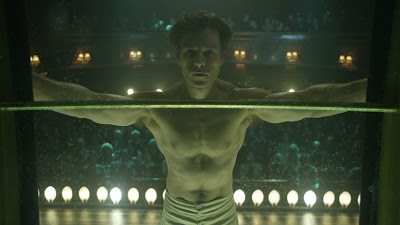 . . . not even eternity can hold Houdini. 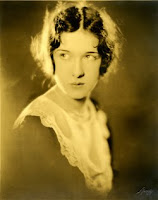 Earlier this week it was reported that Dorothy Young (pictured at left), the last surviving assistant to share the stage with Harry Houdini, had passed away at age 103.

Friday night being "music night" at The Wild Reed, I'd thought I'd take this opportunity to share Kate Bush's song "Houdini," from her 1982 album The Dreaming. Described as "strik[ing] the perfect balance between big bold glossy pop record and major weirdo art-statement," The Dreaming is definitely one of my favorite Kate Bush albums! 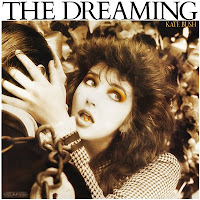 Its cover depicts Kate as Harry Houdini's wife Bess, passing a key via a farewell kiss to her manacled husband before he embarks on one of his death-defying escapades. Apparently, that was one of the tricks the pair used to ensure his survival.


With a kiss,
I'd pass the key.
And feel your tongue
teasing and deceiving.

Of course, at one point things went terribly wrong, resulting in Houdini's death on October 31, 1926.

Along with his daring escape acts, Houdini spent much of his adult life seeking to debunk spiritualists and mediums. He shared with Bess a secret code that, after his death, she then used to ascertain if he actually made contact with her from beyond the grave via various mediums. The code involved the word "Rosabelle," which Houdini had inscribed inside a ring he had given Bess. The word was from a song she sang when they first shared a bill (and fell in love) on Coney Island. 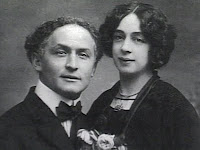 In the years following Houdini's death, Bess attended numerous seances with many different mediums. One of them appeared to convey the secret "code." However, it was later discovered that Bess may have accidentally shared the code with this particular medium prior to the seance. She would eventually conclude that it was impossible to communicate with the dead.

Kate Bush must have either been unaware of this rather crucial piece of the story or chose to ignore it when she wrote and recorded "Houdini" in 1982. Perhaps she sought to convey something of what Queen Victoria, as played by Pauline Collins in the Doctor Who episode "Tooth and Claw," grapples with when, reflecting on her deceased husband, she remarks:

The charm of a ghost story isn't the scares and chills – that's just for children – but the hope of some contact with the great beyond. We all want some message from that place. It's the Creator's greatest mystery that we're allowed no such consolation. The dead stay silent. And we must wait.

I wait at the table,
and hold hands with weeping strangers.
Wait for you
to join the group.

The tambourine jingle-jangles.
The medium roams and rambles.
Not taken in,
I break the circle.
I want this man
to go away now.

With a kiss
I'd pass the key
and feel your tongue
teasing and receiving.

With your spit
still on my lip,
you hit the water.

Him and I in the room
To prove you are with us too.

He's using code that only you and I know.
This is no trick of his.
This is your magic.

I'd catch the cues,
watching you,
hoping you'd do something wrong.

Everybody thinks you'll never make it,
but every time,
you escape:

"Rosabel believe,
Not even eternity
can hold Houdini!"

With your life
the only thing in my mind –
we pull you from the water! 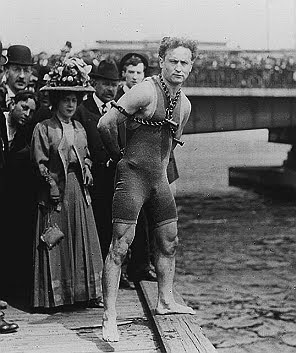 Opening image: Guy Pearce as Harry Houdini in the 2007 film Death Defying Acts.
All other black and white images: The real Harry Houdini and his wife Bess. (Photographers unknown.)

Lovely post. Thank you. Of course, you know Houdini didn't actually die onstage in any kind of accident. That was fiction created by Hollywood. But, still, I love Kate Bush and this is great song. Also love the album cover art. Thanks again.

Wonderful post and a great song from Kate. Thanks, Michael.