North America: Perhaps Once the "Queerest Continent on the Planet" 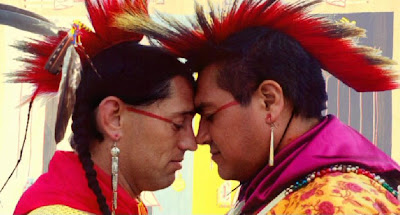 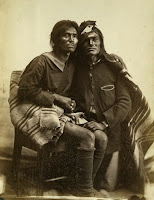 The Wild Reed’s 2012 Queer Appreciation series continues with an excerpt from Will Roscoe’s enlightening 1998 book Changing One: Third and Fourth Genders in Native North America. Historian Martin Duberman describes Changing Ones as a “magisterial summation – and extension – of [Roscoe’s] earlier studies on alternative genders in Native American culture” (The Zuni Man-Woman).

Changing One is grounded in the reality that 150 tribes across America have members who engage in some form of gender identification beyond "male" and "female." Amazon.com notes that “Roscoe's study reveals how integral these third and fourth genders, and same-sex marriage, have been to the tribes' societies, in contrast to the intolerance demonstrated by the Judeo-Christian culture of the descendants of European invaders. His analysis of these tribes, rooted in the empirical evidence of their histories, also provides a fascinating counterpoint to theories about homosexual identity rooted solely in modern, Western preconceptions.”

(Note: To stat at the beginning of this series, click here.

In 1986, when the U.S. Supreme Court upheld Georgia’s sodomy law, the majority opinion cited “millennia of moral teaching” against homosexuality in support of its decision. Ten years later, when legislation called the Defense of Marriage Act was proposed by a twice divorced congressman and signed into law by anadmitted adulterer, it was said that no society that allowed people of the same sex to marry has or could survive, that American values were grounded in Judeo-Christian principles that precluded tolerance of same-sex love and gender difference.

In truth, the ground American society occupies once may have been the queerest continent on the planet. The original peoples of North America, whose principles are just as ancient as those of Judeo-Christian culture, saw no threat in homosexuality or gender variance. Indeed, they believed individuals with these traits made unique contributions to their communities. As a Crow tribal elder said in 1982, “We don’t waste people the way white society does. Every person has their gift.”


In this land, the original America, men who wore women’s clothes and did women’s work became artists, innovators, ambassadors, and religious leaders. And women sometimes became warriors, hunters, and chiefs. Same-sex marriages flourished and no tribe was the worse for it – until Europeans arrived. In this “strange land,” people who were different in terms of gender identity or sexuality were respected, integrated, and sometimes revered.
[Changing Ones documents] one of the most distinctive, widespread, and least known aspects of native North America. The result is a strikingly different view of the American frontier. Instead of hyper-masculine braves and submissive squaws we find personalities of surprising diversity and complexity. . . .

NEXT: Gay Men and Modern Dance


See also the previous Wild Reed posts:
• Quote of the Day – November 12, 2011
• John Corvino on the "Always and Everywhere" Argument Against Gay Marriage

Thanks for possting this reminder that gender and sexual diversity is inherent in human societies.

The idea that God created only two genders, male and female is a myth. In addition to the Native Americans, many other pre-colonial societies recognized more than two genders - and frequently treated those who were differently gendered as having special spiritual gifts, choosing them as religious leaders.

An associated myth, widely propagated by the forces seeking to preserve discrimination in marriage, is that it has "always" been between opposite sexes only. This is contradicted by the American two-spirit people, by the female husbands found by early anthropologists and explorers in all regions of Africa, and in many other regions.