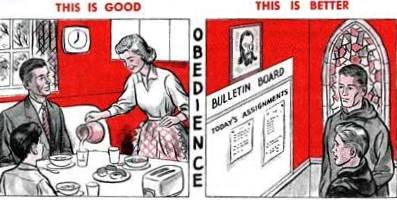 Andrew Brown of the British newspaper The Guardian has written an insightful op-ed on the recent resignation of Cardinal Keith O'Brien amid claims of "inappropriate acts" towards fellow priests. Much of Brown's op-ed focuses on the Roman Catholic Church's "damaging strictures of celibacy" for its priests. Following is an excerpt.


Celibacy is difficult and sometimes lonely for anyone. The traditional remedy for loneliness, in Scots and Irish Catholicism, involved medication with whiskey and manly bonding. If your inclination is in any case towards men this is not going to be very helpful. Getting drunk in an atmosphere of sentimental affection with the object of desire is a tough test in self-control. We should not be surprised if some men sometimes fail it.

. . . Of course, the real problem is that the Roman Catholic church expects an entirely unrealistic standard of continence from its priesthood. Some priests can manage celibacy. The evidence from all around the world is that most can't. They certainly can't always. In the developing world the problem is largely one of priests having unofficial heterosexual families, as Cardinal Tagle of the Philippines – an outside candidate for the papacy – pointed out last week. In countries where that isn't an available alternative, the priesthood becomes a refuge for gay men – especially in societies where homophobia is the public norm.

This fact adds irony to O'Brien's denunciations of gay marriage. You can't really expect better from a church that still hasn't come to terms properly with heterosexual marriage, as its position on artificial contraception shows. There are many great Catholic feminists, some of them nuns. But you would never guess this from the official doctrine, which still proceeds as if marriage were something in which a man took the initiative, rather than a partnership of equals. And a church that can't treat women as equals is certainly not going to be realistic about marriage between two men.

All Christians are called to be perfect, and in that sense all Christian moral doctrine is unrealistic. But there are some forms of perfection that are damaging to try for. The demand that all Catholic clergy should live as if sex were something that only ever happened to other people is one of those. It has outlived its usefulness and is now an engine of cruelty and hypocrisy. It's a very great shame that O'Brien's fall will be used by the Vatican's enemies of progress to discredit his brave and sensible suggestion last week that the celibacy of the priesthood be reconsidered.

To read Andrew Brown's commentary in its entirety, click here.

Labels: Celibacy, Homosexuality and the Priesthood