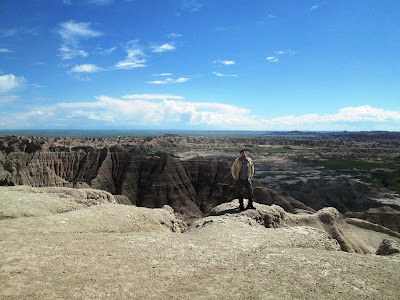 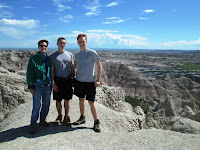 As I mentioned previously, I spent time last month in Pahá Sápa, which is the Lakota name for the Black Hills of South Dakota. I traveled to this beautiful part of North America with my friends Kathleen, Joey and Will (left).

In the first post of this series I documented the beginning of our journey, leading up to our arrival in Wall, South Dakota on Saturday, June 8. As I mentioned, Wall is known as the northeast gateway to the Badlands, and it was the amazing landscape of Badlands National Park that we drove through and explored on our way southeast to Custer, South Dakota. 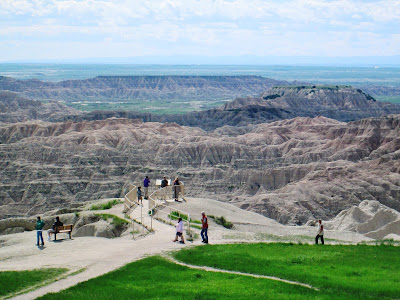 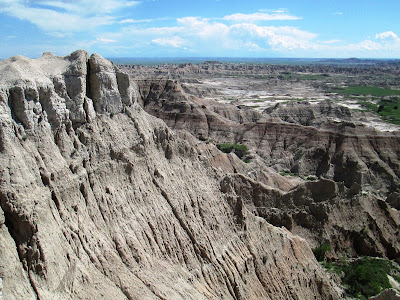 Here's part of what Wikipedia has to say about the type of terrain known as "badlands":

A badlands (also badland) is/are a type of dry terrain where softer sedimentary rocks and clay-rich soils have been extensively eroded by wind and water. It can resemble malpaís, a terrain of volcanic rock. Canyons, ravines, gullies, hoodoos and other such geological forms are common in badlands. They are often difficult to navigate by foot. Badlands often have a spectacular color display that alternates from dark black/blue coal stria to bright clays to red scoria.

Some of the most famous fossil beds are found in badlands, where erosion rapidly exposes the sedimentary layers and the scant cover of vegetation makes surveying and fossil hunting relatively easy. Coal seams are also exposed in some badlands, so historically, coal mining districts have developed in badlands areas.

. . . Some of the best-known badland formations can be found in the United States and Canada. In the U.S., Makoshika State Park in Montana and Badlands National Park in South Dakota together form a series of extensive badland formations. 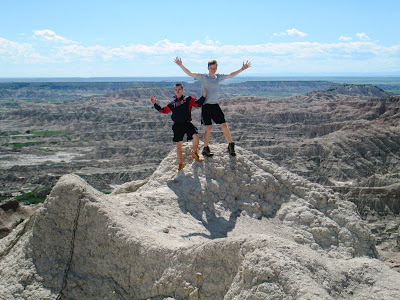 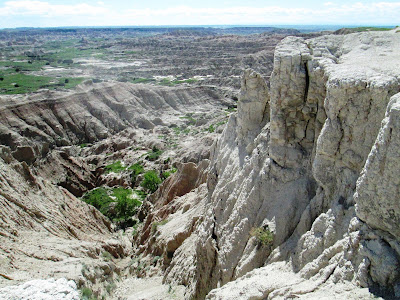 About the significance of the badlands region of present-day South Dakota to the Lakota, Ethan Schowalter-Hay writes:

The Lakota culture moved into the western plains during the late 18th century. They referred to the difficult-to-traverse terrain of the White River Badlands as Mako Sica, which has been translated as "land bad" by sources such as the National Park Service. In the 2006 book Home Ground, which explores the etymology of American geographic names, contributor Conger Beasley, Jr. translates Mako Sica as "eroded land." In the 1970s, the Lakota medicine man Lame Deer explained the cultural understanding that the Badlands were riddled with the skeletal remains of a sea beast called Unktegila. Some of the last Ghost Dances of the Lakota – ceremonies inspired in the late 1800s by the Northern Paiute named Wovoka, meant to celebrate a re-awakening of sorts of pre-European America – were held in the remote tablelands of the Badlands. 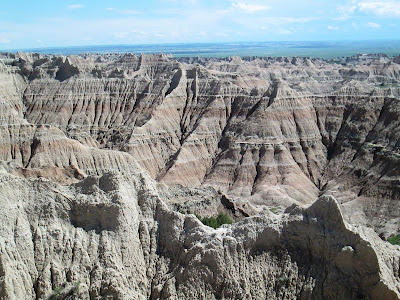 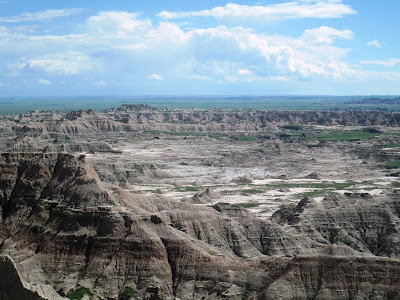 The White River Badlands, the Maka Sica, feature in a key scene in Stone Song, author Win Blevins' novel of the life of Oglala mystic and warrior Crazy Horse. As a boy, Crazy Horse was known as Curly, and in the following excerpt from Stone Song, Curly and the holy man Horn Chips journey into the Maka Sica in search of the "Inyan creatures," the stones, that the young Curly saw in a vision his future adult self wearing under his left arm and behind his ear. These stones provided powers that made him invincible in battle.

The Maka Sica was the earth gone strange . . . Curly thought it was like the face of a very old man or woman, crevassed and scarred and wrinkled, but dried out far beyond what could happen to a person. Soil and grass and other rooted people had been scoured away, like hair and supple flesh, exposing the bone beneath. Actually, it seemed to him more like a battered skeleton than an old face. The bones of the skeleton stuck up in strange, phantasmagorical shapes, points, spires, horns, contours of the monsters of the dream world.

The people were afraid of this place. Huge bones could be seen here, the leg bones and backbones and skulls of animals that walked the earth before two-legged people did, mammoth creatures with terrible teeth and claws. These creatures were so violent that the gods themselves destroyed them, the tale went, and with lightening bolts speared them deep into the earth, so that only edges showed.

Curly was a little afraid, too. But if Chips said that the way of spirit for Curly lay here, that his power stemmed from this place, he was willing to go and meet it. Power was always frightening. . . .

– Win Blevins
Excerpted from Stone Song: A Novel of the Life of Crazy Horse
pp. 179-180 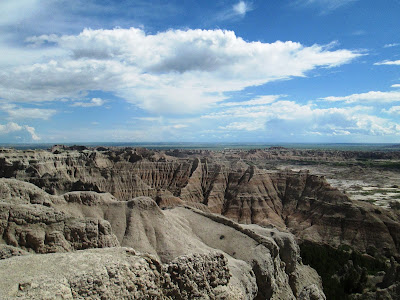 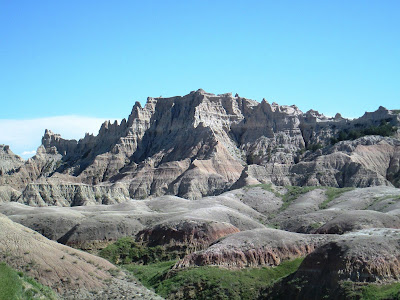 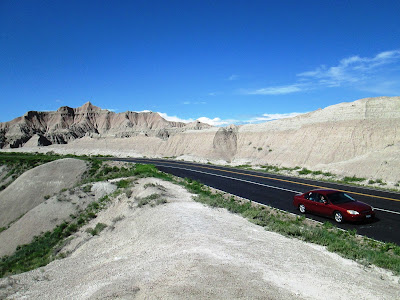