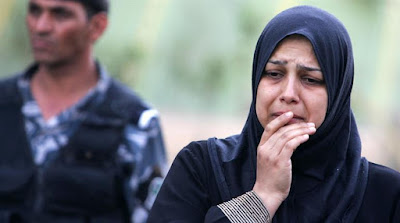 . . . You invite us to be wholeness,
to be co-creators along Love's way.
You hear the cries of the afflicted,
and answer their prayer.

. . . Let all nations declare the beauty
of your Holy Names
and gather together in peace
to honor the Creator of All.

– Excerpted from Psalm 102
as translated by Nan C. Merrill
in Psalms for Praying:
An Invitation to Wholeness

The words of Psalm 102 have been in my heart lately as, once again, I find myself feeling despondent and overwhelmed by the terrible acts of violence we're witnessing in our world. In particular, I'm mindful this evening of the recent wave of violent attacks that have been carried out by the Salafi jihadist militant group known as the Islamic State of Iraq and Syria (ISIS). As CNN observes, "the scale of the carnage inflicted by [these] extremists over the past week . . . has been staggering." 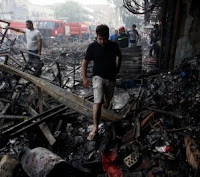 As I'm sure you've heard, on June 28 members of ISIS killed 44 people at Istanbul's international airport, while this past weekend 20 people were hacked to death at a cafe in the Bangladeshi capital of Dhaka, and over 200 people were killed and many more wounded by a massive bomb blast in Baghdad's Karrada district (right).

And then yesterday the Saudi city of Medina, "the soul of the Muslim world," was rocked by a series of bomb blasts which killed four people. 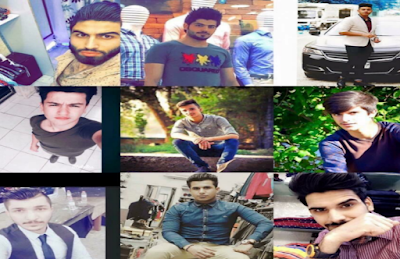 Above: Some of the 200 people killed in Baghdad on Monday. Many of those killed were young people working at the shopping centres set ablaze by the massive explosion, and families shopping for Eid, the Muslim festival marking the end of the holy month of Ramadan. 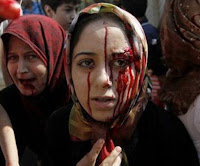 How do we deal with such violence? How do we discern and embody Sacred Presence in times of rampant violence and strife? Such questions have been the focus of two previous Wild Reed posts (see here and here).

For some, this latest wave of ISIS attacks will undoubtedly raise very different types of questions: How do we kill as many terrorists as we can? Who and what needs to be targeted and bombed next?

In short, some will be calling for an escalation in the United States' so-called "War on Terror." Yet Phyllis Bennis, director of the New Internationalism Project at the Institute for Policy Studies and author of Understanding ISIS and the New Global War on Terror, believes that military-first approaches to terrorism are doomed to failure.

I close by sharing an excerpt from Bennis' June 29 op-ed, "From Paris to Istanbul, More 'War on Terror' Means More Terrorist Attacks."

The correlation between ISIS losing territory in its so-called “caliphate” in Syria and Iraq and the rise of terror attacks often much farther afield is one more indication of the failure of the U.S. “war on terror.”

Once again, it demonstrates the futility of attempting to bomb or shoot terrorism out of existence. When bombing and shooting are the methods of choice the targets are not “terrorism,” but cities and people. Air strikes and drone attacks – on people in a car, in the desert, in a hospital, or at a wedding party – may sometimes kill individual terrorists (and always other people), but do nothing to stop terrorism. Leaders are soon replaced, and the most adept bomb-makers soon turn out to have trained a successor.

Military engagement may have worked in some areas to oust ISIS forces from territory they controlled, but the cost of such campaigns is extraordinarily high for the people and nations where they occur. People face, as in Ramadi, the absolute destruction of their homes and city. They may become refugees or internally displaced people for a generation or more. In Fallujah, thousands of desperate civilians fleeing the fighting in mid-June found that no preparations had been made to care for them – with clean water, food, shelter from the searing heat, and medical care all lacking.

A big problem Iraqi forces and their U.S. backers face is the lack of support from some residents for their “liberators.” In a recent poll in Mosul, the second-largest city in Iraq, a full 74 percent of Sunni residents said they didn’t want to be liberated by the Iraqi military. ISIS has held the city since June 2014.

This harkens back to the original reason ISIS became so powerful in Iraq. It’s not because ordinary Iraqis supported the group’s brutal, extremist definition of Islam, but because the sectarian Shi’a-dominated government in Baghdad – and the often even more brutal and sectarian Shi’a militias allied to that government – made ISIS appear a lesser evil. Of course not all Sunnis, or even a majority, turned to ISIS. But a not-insignificant number did, and some continue to accept the group, however reluctantly.

U.S.-led military campaigns “against terror” continue to set the stage for more terror attacks, and to create more terrorists, as anger turns to rage – and rage, for some, turns brutally violent. The military-first U.S. strategy is exacting a huge price – especially for the people in Syria, Iraq, Yemen, Libya, Afghanistan, and beyond – but also on us here at home, and on civilians throughout the world.

If we're serious about ending terror attacks, there are a host of non-military approaches that hold far more promise than bomb-drone-kill. Diplomacy, humanitarian support, arms embargos, economic assistance, more diplomacy – we need to use them all instead of military action, not alongside it. Step one means acknowledging that the current strategy is failing.

Related Off-site Links:
What Does It Mean That Terrorists Will Bomb Even Muhammad's Burial Place? – Erica Evans (The Los Angeles Times, July 5, 2016).
Baghdad: The Worst ISIS Attack in Days is the One the World Probably Cares Least About – Ishaan Tharoor (The Washington Post, July 4, 2016).
Iraqi Dancer Who "Just Wanted to Fly" Among Baghdad's Dead – Sam McNeil (Associated Press via The Washington Post, July 5, 2016).
The Bangladesh Attack is the Predictable Result of Unchecked Violence – Jason Burke (The Guardian, July 2, 2016).
Resisting the Extremism of the Dhaka Attack with Radical Love – Tekendra Parmar (Waging Nonviolence, July 4, 2016).
We Prayed for Paris, But What About Istanbul? – Willa Frej and Lydia O’Connor (The World Post, June 29, 2016).
﻿ ISIS is a Symptom, Not the Cause, of the Middle East's Disintegration – Patrick Cockburn (The Nation, June 28, 2016).

See also the previous Wild Reed posts:
• Discerning and Embodying Sacred Presence in Times of Violence and Strife
• Called to the Field of Compassion
• Thoughts on Prayer in a "Summer of Strife"
• Prayer and the Experience of God in an Ever-Unfolding Universe
• Questioning God's Benevolence in the Face of Tragedy
• In the Wake of the Paris Attacks, Saying 'No' to War, Racism and Islamophobia
• "It Is Not Paris We Should Pray For. It Is the World"
• Vigiling Against Weaponized Drones
• Prayer of the Week – June 19, 2016

Labels: Justice and Peace, Phyllis Bennis, Prayer of the Week