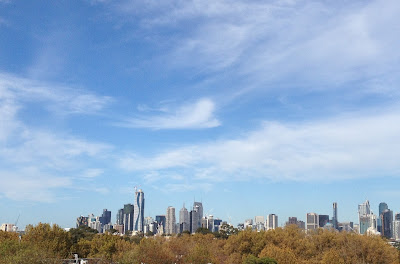 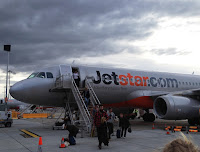 This evening I continue my series documenting my recent visit to Australia.

Tonight's installment features photos and commentary from my time spent in Melbourne (May 10-14), where my older brother and his family live. (To start at the beginning of this series, click here.)

As Part 2 of this series documents, just prior to my visit to Melbourne I spent time with my younger brother and his family in the little New South Wales town of Morpeth. I view both visits as wonderful gifts of "family time" – gifts I will always treasure. 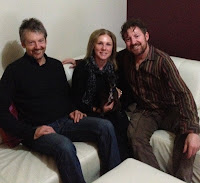 I've been very fortunate to have visited my family in Melbourne three times in the last three years. Last year, my good friend Joan from Minnesota accompanied me, with the highlight of that particular visit being my eldest nephew's wedding. 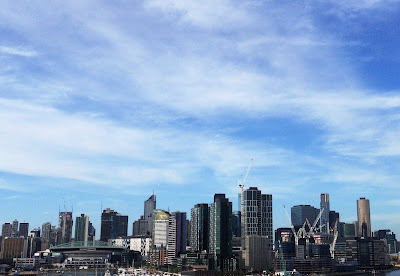 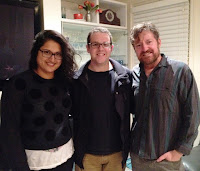 Ryan and Farah's wedding last year in Melbourne's beautiful Fitzroy Gardens was a real highlight of my March 2015 Australian sojourn. 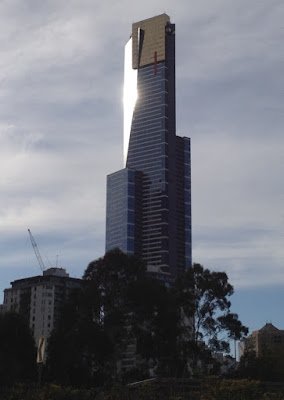 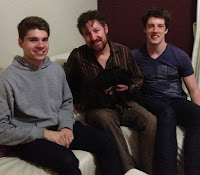 Left: With my nephews Brendan and Mitchell.

Of my four nephews, only Liam was not in Melbourne at the time of my visit. He was, of course, greatly missed. The good news is that he continues following his dream of being a pilot . . . in far-off Coral Bay, Western Australia. 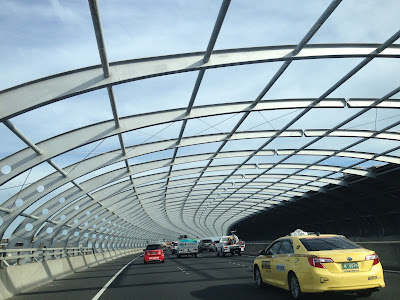 When I was visiting my younger brother and his family in Morpeth, just prior to my time in Melbourne, I was reintroduced to the artwork of Ainslie Roberts. (For some stunning examples of his work, see Part 1 of this series.) 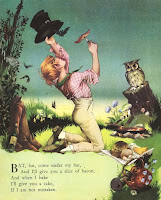 During my time in Melbourne, it was the artwork of Janet and Anne Grahame Johnstone that I found myself reacquainted with – in particular, the illustrations in the book Dean's Gift Book of Nursery Rhymes (Dean & Son, Ltd, 1965).

My sister-in-law Cathie still has her copy of this book from her childhood, and I think that either it or another book that had some of the same illustrations was at some point at my paternal grandmother's house in Gunnedah. I say this as I've definitely seen some of the illustrations before . . . 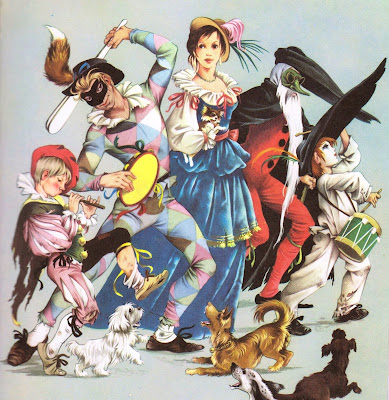 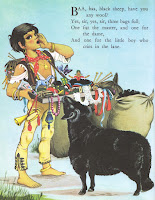 . . . including the one at right for "Baa, Baa, Black Sheep," and the evocative one above illustrating the nursery rhyme, "The Beggars" (more popularly known as "Hark, Hark, the Dogs Do Bark").

Here's the text of the nursery rhyme as it appears in Dean's Gift Book of Nursery Rhymes:

Hark! hark! the dogs do bark,
The beggars are coming to town;
Some in rags and some in tags,
And one in a velvet gown.

And here's that part of the rhyme not included . . .

According to the website Dog Nursery Rhymes and Their Secret Messages, "Hark, Hark, the Dogs Do Bark" dates back to the 13th century England and is seeped in history.

Wandering minstrels or troubadours and beggars went from city to town singing their songs ("some in rags and some in tags and one in a velvet gown"). Messages of dissent to the common people were often found in secret meanings to the words of their ballads and rhymes. The famous Peasant's Revolt of 1377 against the state was encouraged and inflamed by the rhyme that went "When Adam delved and Eve span - who was then the gentleman?" In this way the propaganda of the day was safely passed from one community to another. These secret messages could lead to plots and uprisings against the royalty, clergy and politicians of the day. Strangers were never trusted in communities. Dogs barking alerted the townspeople to strangers in their area, hence the words "Hark, hark the dogs do bark."

I should say that, as a child, I received for Christmas 1973 from my Aunty Fay and her family, a collection of fairy tales by Hans Christian Andersen illustrated by Janet and Anne Grahame Johnstone. I treasure this book to this day. Indeed, it's now with me in my life here in Minnesota. One of my favorite illustrations from it is the one below. It is, of course, from Anderson's famous story, "The Little Mermaid." 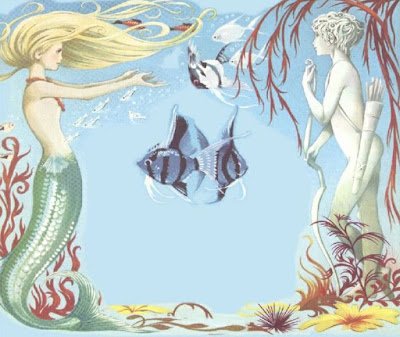 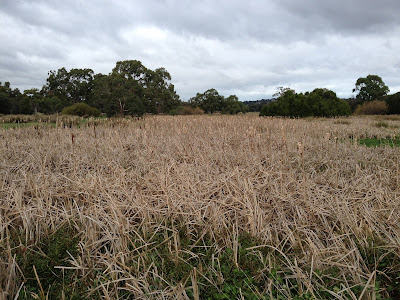 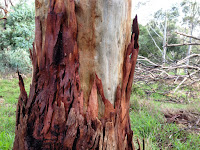 Above, left and below: The beautiful (and uniquely Australian) terrain of Bushy Park Wetlands, a 30-hectare (74-acre) conservation park in the Melbourne suburb of Glen Waverley – May 11, 2016. 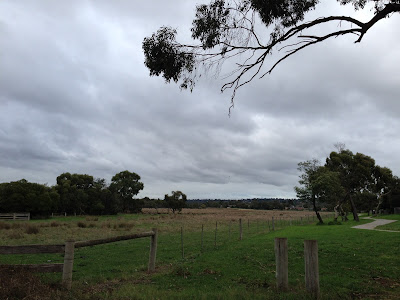 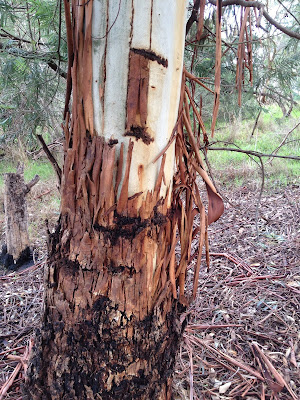 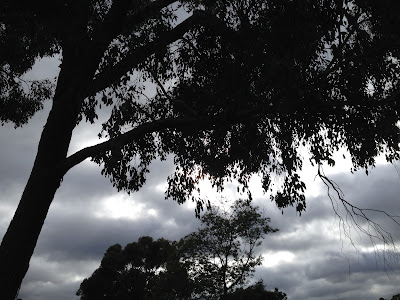