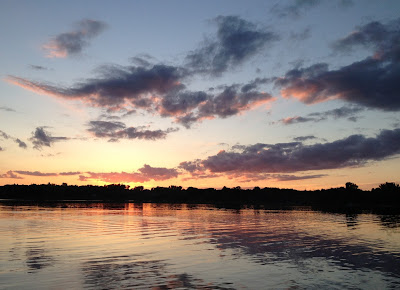 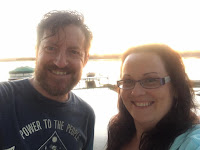 I spent this past weekend with my good friend Angie and her family at their summer get-away spot on the shores of beautiful Pelican Lake.

Located just outside of the town of Glenwood in Pope County, Minnesota, Pelican Lake is about a two hour drive from the Twin Cities on Interstate 94 West, U.S. Highway 71, and Minnesota State Highway 28.

The lake covers an area of 519 acres and is approximately 34 ft deep at its deepest point. Its waters are home to a variety of fish including Black Bullhead, Black Crappie, Bluegill, Brown Bullhead, Largemouth Bass, Northern Pike, Pumpkinseed, Walleye, White Sucker, Yellow Bullhead and Yellow Perch. Perhaps because of this, many pelicans also make the lake and its surrounding area their home in the summer. 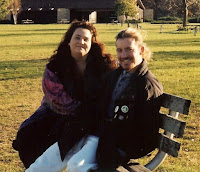 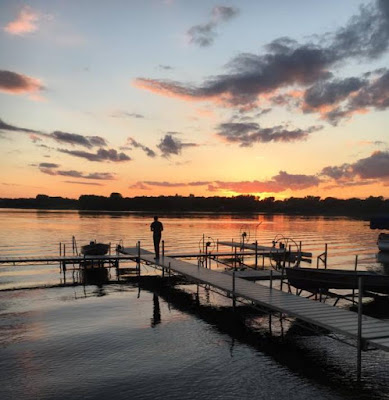 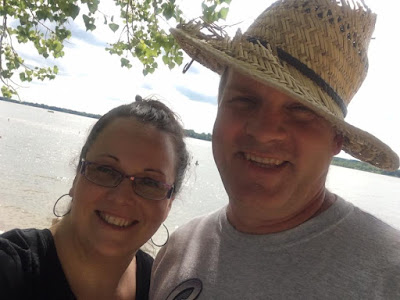 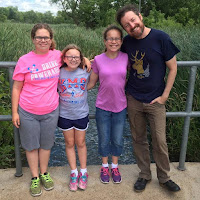 I'm wearing what I call my Cernunnos t-shirt, and we're standing close to some wild reeds! 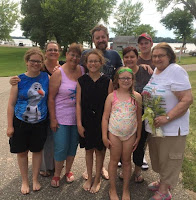 Left: Angie's family come from Montevideo in south-western Minnesota. Back in the late 1990s and early 2000s I spent many happy summer weekends and Thanksgiving holidays in Montevideo with Angie and her family. They welcomed me as one of their own!

So this past weekend, when Angie's mum Elva, sister Patty, and niece Ashley heard I was going to be in Pelican Lake for the weekend, they drove up from Montevideo to see me.

It was a lovely reunion as it had been almost five years since we'd last seen one another. 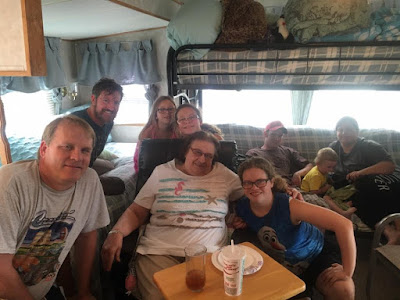 Above (from left): Byran, me, Cece, Amanda, Elva, Teresa, Luke, Jordan, and Ashley. 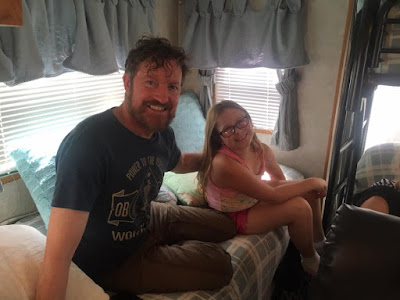 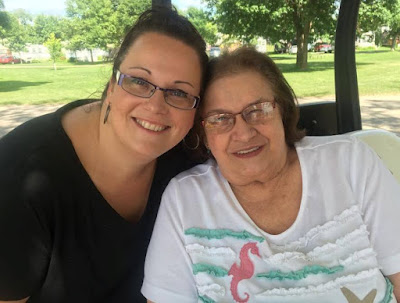 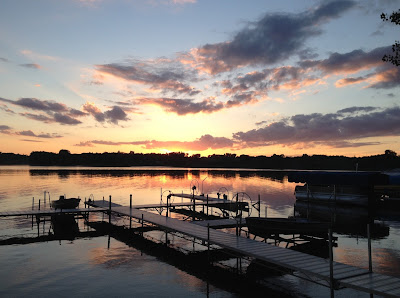 Above and below: Views of beautiful Pelican Lake, Minnesota. 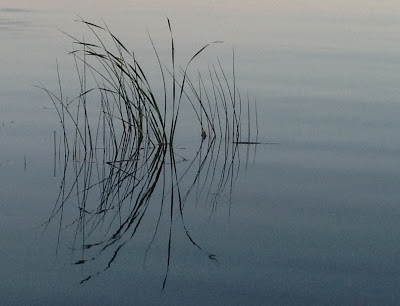 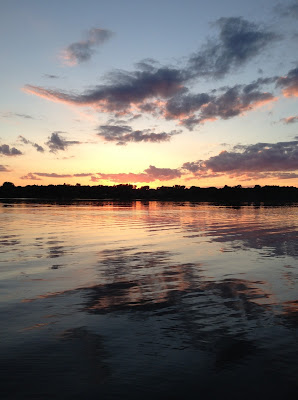 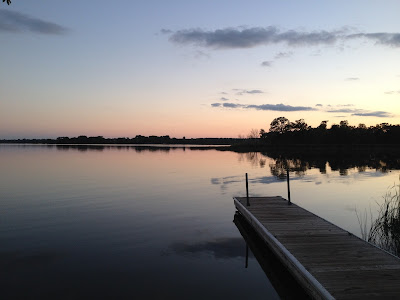