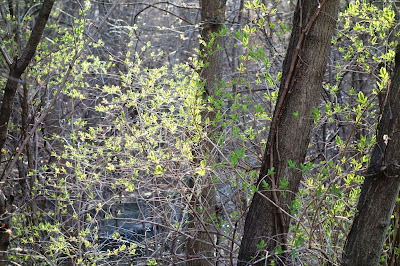 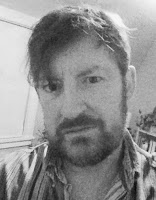 Regular readers of The Wild Reed will be familiar with my "Out and About" series, one that I began in April 2007 as a way of documenting my life as an “out” gay Catholic man, seeking to be all “about” the Spirit-inspired work of embodying God’s justice and compassion in the Church and the world. 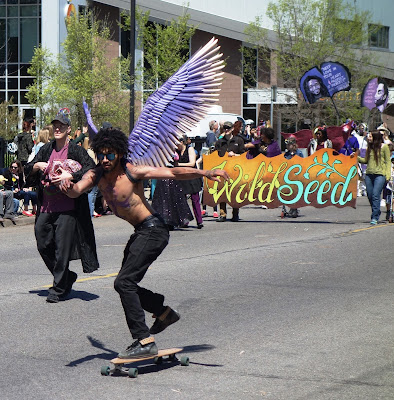 Above: The 42nd annual In the Heart of the Beast Puppet and Mask Theatre's Mayday parade in Minneapolis.

This year's Mayday theme was "Radical Returnings," and was all about "turning towards each other rather than away from each other, repairing our relationships and the earth, finding redemption and freedom in tune with the turning of the earth and the return of spring."

For more images and commentary, click here and here. 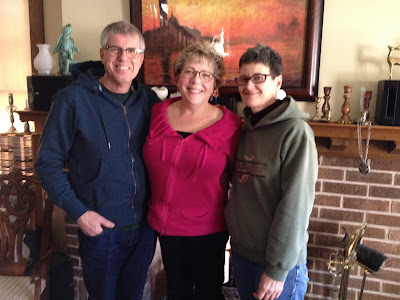 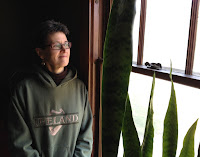 
Left: I snapped this picture of my friend Kathleen the day before she left for her long-planned for and much anticipated pilgrimage to Ireland in April. 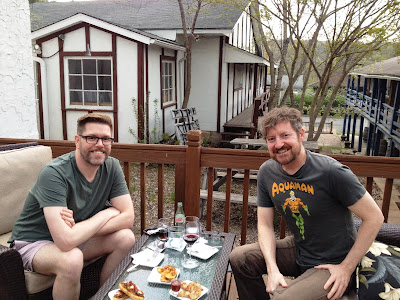 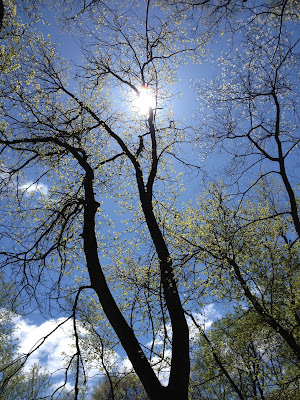 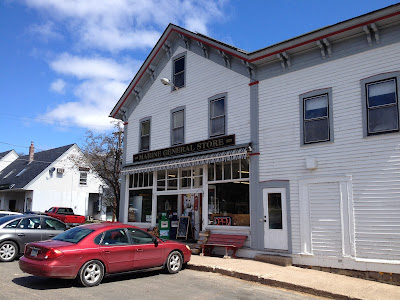 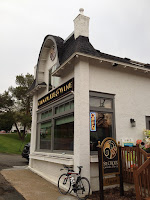 Above and right: Marine-on-St. Croix.

Marine-on-St. Croix was founded in 1839 as Marine Mills and was the site of the first commercial sawmill on the St. Croix River. A substantial portion of the city is listed as a historic district on the National Register of Historic Places and by the state of Minnesota.

. . . The city retains several historic sites in addition to the Marine Mill, such as the General Store, built in 1870; the Stone House Museum, built in 1872; the Village Hall, built in 1888; the Lutheran Church; and the Fire Hall. 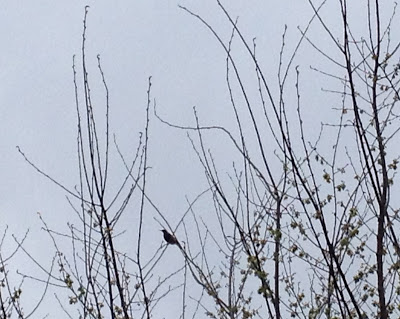 Left: With my friend Pete, breakfasting at the Colossal Cafe in Minneapolis – April 2016.

Since the beginning of 2015 Pete and I have been meeting every Thursday morning for breakfast. We try and get a photograph of us at every new restaurant we visit (along with some of our regular ones). 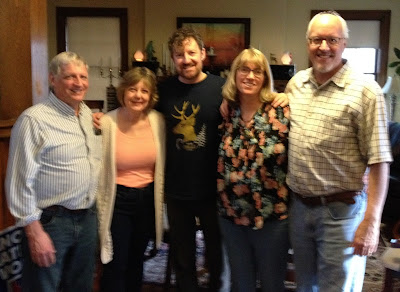 Above: Pictured centered with (from left) Bill and Deb LeMay and Lisa and Brent Vanderlinden. at the April 17, 2016 event I hosted for folks involved over the past 36 years with the Catholic Pastoral Committee on Sexual Minorities (CPCSM) and its various initiatives and projects. The group officially folded in January 2016.

For more images and commentary on this event and the history and significance of CPCSM, click here. 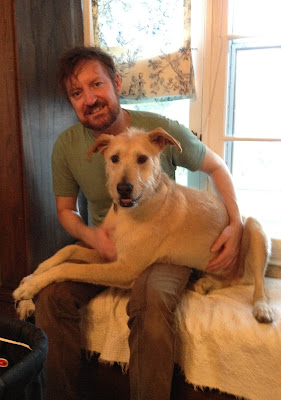 Above: With Eddie the Wonder Dog! For more images of this handsome beast, click here and here. 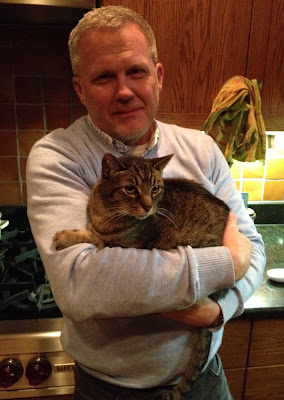 Above: My friend Kyle, who's more of a cat person. 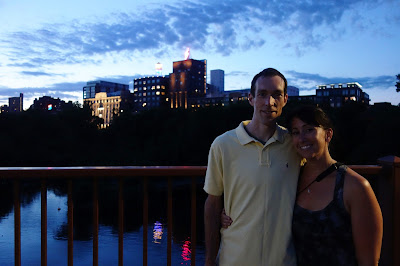 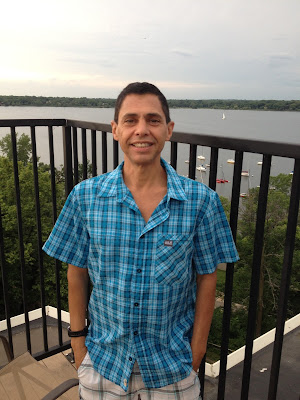 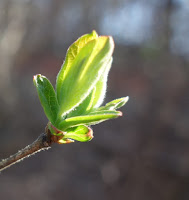 Left: Spring in Minnesota! For more images of the "enkindled spring", click here and here. 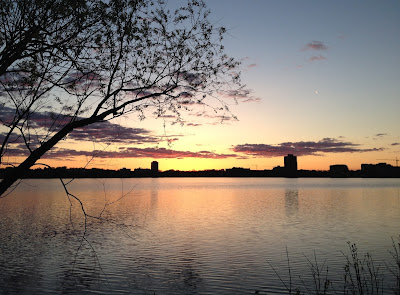 Above: Bde Maka Ska (also known as Lake Calhoun) in Minneapolis – May 2016. 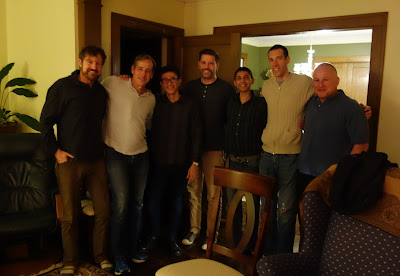 Above: Hello, boys! Standing at left with friends (from left) Jim, Javier, Brent, Raul, Tim, and Joe – Saturday, April 30, 2016. We're pictured in the house that Tim and I share in south Minneapolis. 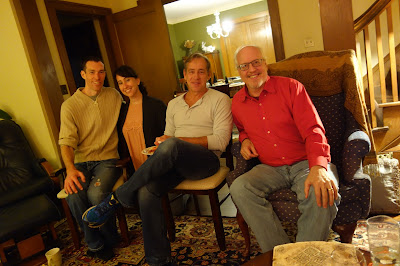 Above: Tim, Colleen, Jim and Brent. 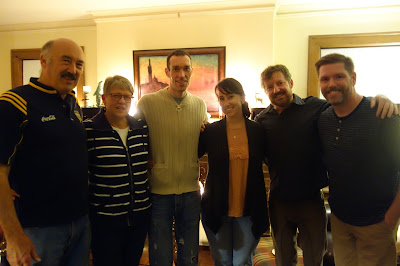 Above: Tom, Annette, Tim, Colleen, me and Brent. 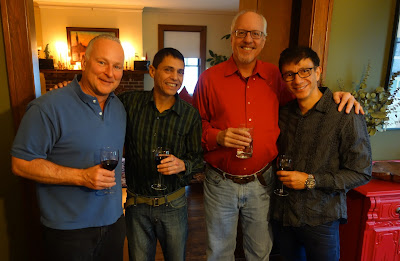 Above: Joe, Raul, Brent and Javier – Saturday, April 30, 2016.
Our April 30 gathering served as a bon voyage party for me. Four days later on May 4 I flew from Minneapolis to Sydney, Australia via Los Angeles. 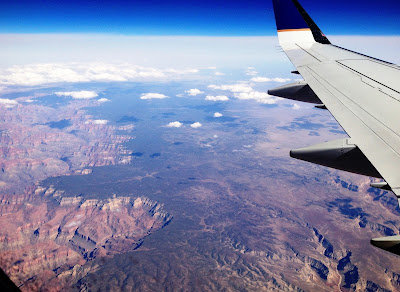 Above: Flying over part of the Grand Canyon en route to Los Angeles from Minneapolis – Wednesday, May 4, 2016. 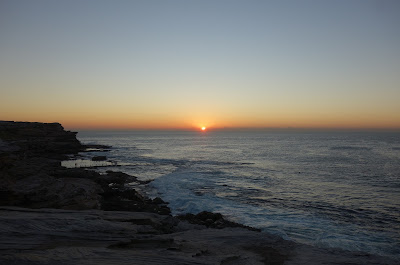 For the first installment of my "Australian Sojourn – May 2016" series, click here.


Spring 2016 Wild Reed posts of note:
• Discerning and Embodying Sacred Presence in Times of Violence and Strife
• Maxwell's Welcome Return
• Congratulations, Buffy!
• On Eve of Amoris Laetitia's Release, "A Moment of Pause and of Prayer"
• Interiors
• An Erotic Encounter with the Divine
• Hope, History, and Bernie Sanders
• Vanessa Redgrave: Speaking Out
• Remembering Prince, "Fabulous Freak, Defiant Outsider, Dark Dandy" – 1958-2016
• The Enkindled Spring
• And As We Dance . . .
• Electric Love
• Saying Farewell to CPCSM
• Beltane and the Reclaiming of Spirit
• Called to the Field of Compassion
• "I Came Alive with Hope"
• Progressive Perspectives on Presumptive Democratic Presidential Nominee Hillary Clinton
• "I Pray, I Pray"
• Two Powerful Calls for the Catholic Hierarchy to Fully Acknowledge the LGBT Victims of Anti-LGBT Violence
• Prayer of the Week – June 17, 2016