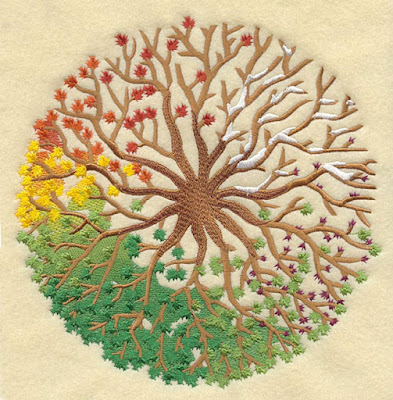 Skywatchers around the world have witnessed the longest "blood moon" eclipse of the 21st Century. As it rose, during this total eclipse, Earth's natural satellite turned a striking shade of red or ruddy brown. The "totality" period, where light from the Moon was totally obscured, lasted for one hour and forty-three minutes. At least part of the eclipse was visible from Europe, the Middle East, Africa, Australia, most of Asia and South America.

To celebrate last night's beautiful phenomenon of creation's circling and cyclical nature, I share an excerpt from Original Self: Living With Paradox and Originality by one of my favorite spiritual writers, Thomas Moore. I've long wanted to share this particular excerpt at The Wild Reed, and now seems a perfect time, or, as Moore might say, the appropriate season! 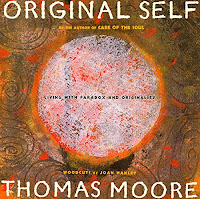 It's interesting, then, that alchemists of old, who saw their work with metals and chemicals as a reflection of the soul's processes, described the task as one of cycling and circling. The opus, the work of alchemy, was called rotatio or circulatio. The vessel in which the work took place, shaped like a bird with its neck bent over plucking its breast, was sometimes described as a pelican, This shape allowed the material to circulate endlessly.

I see my own life as a recycled version of my family's quirks, strengths, and weaknesses. I look at my hands sometimes and see my father's. I feel a strong reserve in my approach to people, and I sense my mother's sensitivity. I feel my grandfather's humor in me and my uncle's unlimited tolerance. I do the family blush about sex, and I have its homebound view of the world.

In therapy, several men and women who had been married more than once or had had many lovers told me of their resolution to finally straighten out and move on. They were tired of the cycles in which they repeated destructive choices. But I didn't have much faith in their resolutions. It might have been better, I thought, if they reflected positively on the repetitions that fueled their desires rather than hoped for a release from the bondage of their nature.

One sometimes sentimental way of redeeming the soul's circlings is to insist that they are, after all, spirals. We are getting someplace even if we're going in circles. But I don't trust this clever spin on circles either. A circle is a circle, and there is no reason to believe that human life is correct only when it straightens out. Maybe at root we are coils of possibility in constant rotation.

Rainer Maria Rilke said, "I live my life in widening rings." It may well be useful to note the expanding of the circles in which we live, but it is also important not to lose the sensation of cycles, which may be painful to anyone living in a culture dedicated to the extending line. Maybe in life we never really develop, but only expand the rotations that give us our firm identity. Maybe we should expect always to get into familiar trouble and to repeat both the glorious and the defeating themes that are embedded in our soul.

Traditional peoples apparently honor the cycles of nature, communities, and persons with as much fervor as we honor developments and growth. I sense escape in theories of expansion, because it may be that the soul finds its way by not going anywhere. The circling of nature, inner and outer, may be the best way to find our substance. 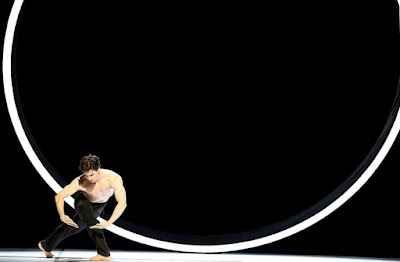 We might know ourselves better and be closer to our nature by honoring these cycles rather by running away from them in sentimental philosophies of growth. I don't grow, I am. I don't change, I merely manifest differently the prime material with which I am born. Perhaps if we got off the demanding belt of change and growth, we might relax into the circumambulations of life that turn us over and over, polishing the arcane stone of our most essential selves, revealing more and more of who and what we are. 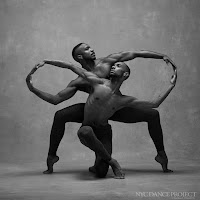 Modern psychology tries to tell us that we are constantly developing creatures, but I prefer to think of us as seasonal beings. We have our summers of sunny pleasure and our winters of discontent, our springtimes of renewal and our autumns of necessary decay. We are essentially rhythmic, musical. As the ancients used to say, our emotions are in orbit, like the planets. Patterns that define us return again and again, and in these returns we find our substance and our continuity, our original nature and our identity.

– Thomas Moore
Excerpted from Original Self:
Living With Paradox and Originality
pp. 62-64 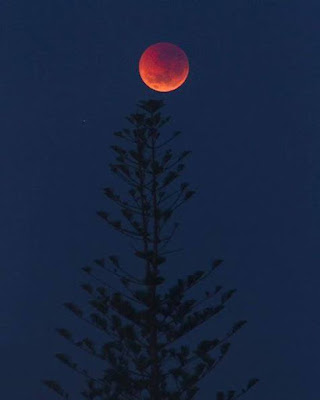 For more of Thomas Moore's writings at The Wild Reed, see:
• Thomas Moore on the "Ageless Soul"
• At Hallowtide, Pagan Thoughts on Restoring Our World and Our Souls
• Christmas 2014: Thoughts and Celebrations

See also the previous Wild Reed posts:
• Celebrating the Coming of the Sun and the Son
• "Radical Returnings" – Mayday 2016
• Drawing the Circle Wide
• Beltane and the Reclaiming of Spirit
• "I Caught a Glimpse of a God"
• A Prayer for Dancers
• A Day to Celebrate the Old Ways
• Welcoming the Return of Spring
• Celebrating the Summer Solstice
• Autumn: Within and Beyond
• Winter: Within and Beyond