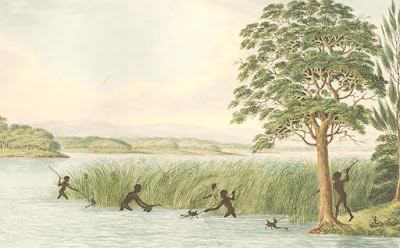 NOTE: Aboriginal and Torres Strait Islander communities are advised that this post contains images and names of people who are now deceased. 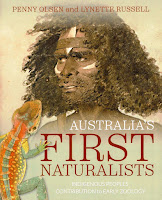 While recently perusing Port Macquarie's one and only bookstore, I came across a title that instantly caught my attention: Australia's First Naturalists: Indigenous Peoples' Contribution to Early Zoology.

Written by Penny Olsen and Lynette Russell, the book documents how Indigenous Australians "gave Europeans their first views of iconic animals such as the Koala and Superb Lyrebird." The basic message of the book is an important though largely overlooked one: "[M]any zoological discoveries made by European naturalists would not have been possible without Aboriginal people and their knowledge of [Australia's] fauna and environment."

I'm very much appreciating and enjoying Olsen and Russell's book, and share today as part of my ongoing Australia Sojourn – April-May 2019 series, a review of it that was first published in Australian Geographic.

Australian Geographic
April 4, 2019
A new book reveals the Indigenous knowledge that led to some of western science’s greatest discoveries.

You know the names of early European naturalists John Gould, Joseph Banks and Carl Sofus Lumholtz, but not the Aboriginal Australians who led them to the discoveries that they’re now famous for. 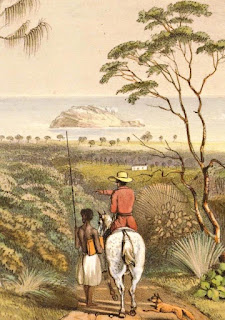 These Aboriginal Australians – those whose names have been recorded – are the subject of a new book, Australia’s First Naturalist: Indigenous People’s Contribution to Early Zoology.

“I’ve written a lot of books on Australian natural history,” says author Penny Olsen, who co-wrote the book with Lynette Russell. “And the Indigenous connection just kept coming up. Over time, I thought I’d better collect these all into one book and make something of it.”

European naturalists, determined to discover and name any new animal they came across or got word of, used Indigenous knowledge to carry out their activities. But this knowledge was hardly recorded, nor were many of the names of these Indigenous guides.

The book details the names of the few Aboriginal Australians mentioned in the diaries of these early explorers, including Natty and Gemmy who helped John Gould in the study of several birds including the lyre bird, boobook owl and several species of pigeon. 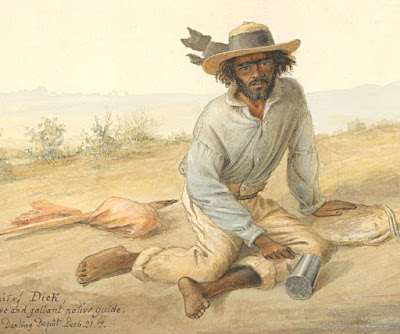 Above: A guide known as Dick, probably from the Barkindji tribe, who helped guide the Victorian Exploring Expedition of 1860-1861. This portrait was drawn by Ludwig Becker, the expedition naturalist, who wrote on it: “Portrait of Dick, the brave and gallant native guide. Darling Depot, Dec. 21, '60.”

The book also details the pursuits of naturalist George Caley, who was assisted by a young Aboriginal boy by the name Moowattin, who helped him for several years classifying eucalypts, as well as collecting bird and mammal skins to send back to Banks.

All of this, without formal recognition. They were often paid with tobacco and bread.


Right: John Piper, the Wiradjuri man who guided Thomas Mitchell and helped him collect mammals on his 1836 expedition along the Murray and Darling rivers.

“Then they’d give these animals names that honoured distant European earls that they wanted to curry favour with, who had nothing to do with anything.”

Such is the case of Carl Sofus Lumholtz who was informed by the Warrgamay people about Bonngary, a peculiar tree mammal. After finding and describing Bonngary he then renamed the animal the Lumholtz’s tree-kangaroo.

That many of the behaviours and names of these animals were not recorded is a great loss to science.

“Sadly, a lot of the early naturalists either didn’t take Indigenous knowledge about behaviour seriously or it was just too hard to communicate,” says Penny. “With many of the extinct animals that Aboriginal Australians lived alongside for thousands of years, we know hardly anything because of this. The opportunity wasn’t seized.”

Penny hopes that the book will go some way in giving recognition to Australia’s first naturalists. “I think we’re beginning to recognise the importance of Indigenous knowledge. The time is right, it’s the time for truth telling in terms of how much they truly did before the Europeans came.” 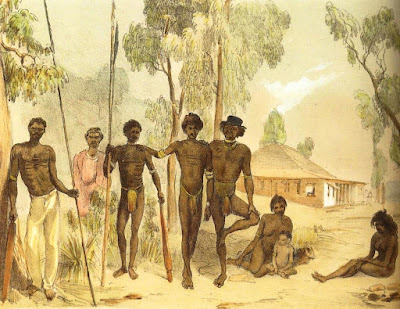 Above: A group of Indigenous Australians at Port Essington, including Neinmal (third from left), who spent two years assisting John MacGillivray on land and aboard HMS Fly. 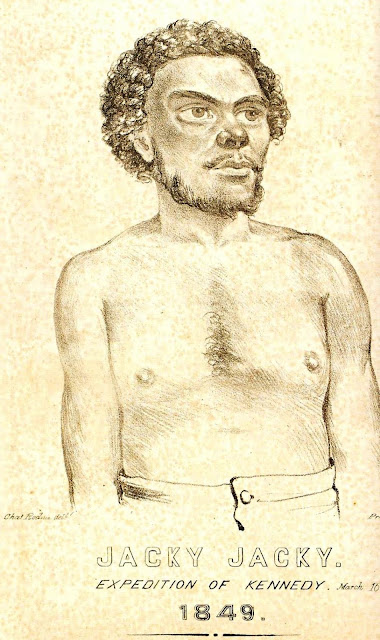 Above: Galmarra, a young man from near Muswellbrook, New South Wales, was known to Europeans as Jackey Jackey (or Jacky Jacky). He accompanied Edmund Kennedy's disastrous attempt to find a route from Rockingham Bay to the tip of Cape York. 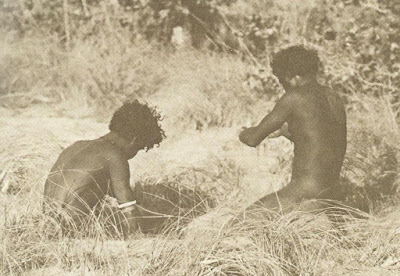 Above: Two Aboriginal men from Groote Eylandt, in the Northern Territory, searching for the Northern Hopping Mouse for anthropologist and ornithologist Donald Thomson (circa 1929).

Related Off-site Link:
“As Long as We Can See the Sky, We Can See Our Stories”: Indigenous Australians First to Discover Variable Stars – Mim Cook (ABC News, July 15, 2019).