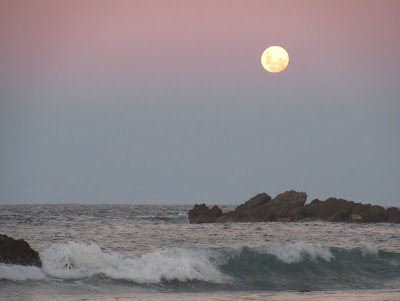 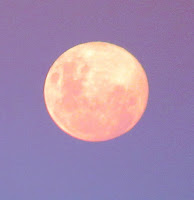 As is my want when in Guruk, I try to spend the twilight hours, that special in-between time I love so much, down by the ocean. There is just so much beauty at such a time and place.

Last night when on Guruk's Nobbys Beach I was treated to an extra sight of beauty – a full flower blue moon.

Known as a flower moon for short, this rare lunar wonder rose at dusk today and is named after the spring flowers that bloom in the northern hemisphere in the month of May. 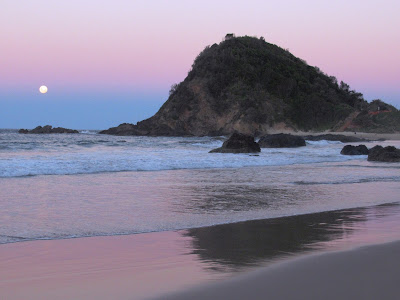 As the saying suggests, a blue moon is a rare event. This weekend’s full flower blue moon is even rarer still, happening only every dozen or so blue moons.

But despite what its name suggests, this full moon is not actually blue. The name simply refers to the fact that it is the fourth full moon of the season, when typically there are only three full moons in a season.

In 2019 there has already been a blood moon, a pink moon and a super worm moon – each named (in these cases) after its colour or occurrences that take place at the time of year the full moon appears (a “worm” moon is named thus as it comes at time small creatures – such as worms – emerge from the ground, signifying the end of winter).

The flower moon, which is set to rise at dusk on Saturday May 18, is appropriately named after the flowers that bloom in the month of May. 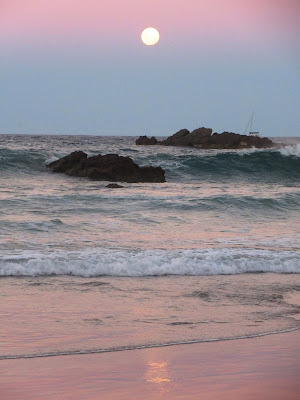 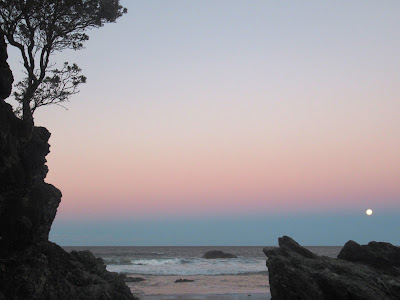 NEXT: A Walk Along Lighthouse Beach

See also the previous Wild Reed posts:
• Thomas Moore on the Circling of Nature as the Best Way to Find Our Substance
• Guruk Seascapes, from Dawn to Dusk
• Seascapes
• An Evening Stroll (and Theological Musings)
• On Sacred Ground