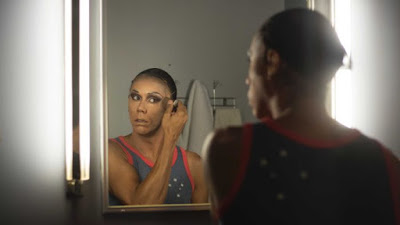 One rainy Saturday afternoon a couple of weeks ago I drove down to Guruk's Shelly Beach to watch the ocean waves. On the way I stopped and bought a copy of The Sydney Morning Herald and a packet of the iconic Australian snack, Twisties (cheese-flavored, of course!). 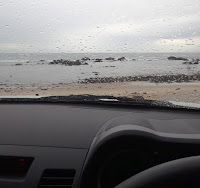 After spending time listening to Enya's Watermark album as I contemplatively watched the sea through the rain-splattered windscreen, I turned to the newspaper beside me. What I thought was The Sydney Morning Herald turned out to be The Newcastle Herald. Oh, well, I thought with slight annoyance, I'll take a look at what it has to offer.

As it turned out, I ended up being really grateful about the mistake I'd made. Why? Because this particular issue of The Newcastle Herald contained a wonderful piece by Phoebe Moloney about Indigenous drag queen Jojo Zaho and the man who embodies her, John Ridgeway. Indeed, I appreciate Moloney's article so much that I share it today as part of my Australian Sojourn – April-May 2019 series. (Note: To start at the beginning of this series, click here.)

Newcastle Herald
May 4, 2019
Jojo Zaho was born out of an act of defiance.

Four years ago John Ridgeway, now 28, walked down Dubbo's main street wearing a dress he had made out of Indigenous and gay pride flags as part of the town's first ever pride parade.

Mr Ridgeway, who has returned to live in Cardiff after growing up in Kurri Kurri, said the act was in response to a councilor who had said homosexuality had no part in Indigenous culture during a meeting. A belief, Mr Ridgeway said, he had "never encountered before" in his own family.

"It wasn't until I was in the parade that I realized what I was doing was bigger than getting back at a council member," he said.

"Looking at the Indigenous kids on the side of the march pointing at me and my costume, that was the moment I was like, okay, I didn't have this representation growing up. If there's no one to fill that void then I've got to do my best to be the representation." 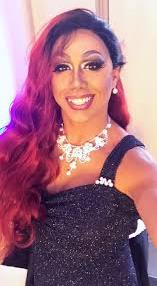 And so Jojo was born. The pseudonym was actually a nickname from way back.

"My sister used to call me Josephine, because I dressed up as a child. And then her and my best friend started shortening it to Jojo."

Now Jojo has been selected as one of the seven finalists in Miss First Nation, Australia's annual search for the best Aboriginal and Torres Straight Islander drag performer. The four-day pageant takes place in Melbourne next week as part of the Yirramboi Festival.

It's the second time Jojo Zaho has been selected for the honour and, this time, Mr Ridgeway believes Jojo has the goods to win.

"It's redemption," Mr Rideway said. "I feel a lot more confident this time around and I have taken a bit of a stand."

Mr Ridgeway has chosen to use his final performance at the event to highlight Indigenous deaths in police custody and the disproportionately high rates of suicide among Aboriginal children.

"When you are in drag, you're making a statement whether you like it or not," he said. "But it's an amazing platform to send a positive message without having to verbally shout about it.

"I want to remind people white Australia has a dark history, and hopefully a black future.

"We've come so far but we have a long way to go until we'll all be in a place we're happy with. We need to build a better Australia together, rather than against one another." 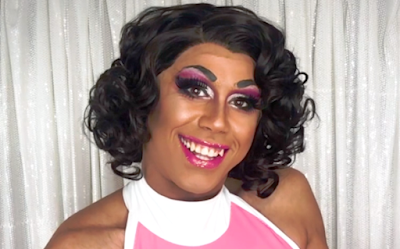