A Patriotism of Improvement 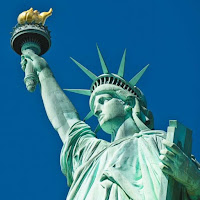 Circle Pines resident Khoi Truong Minh Phan had a thoughtful letter-to-the-editor in Friday's edition of the Minneapolis Star Tribune newspaper. As you'll see, it's all about understanding patriotism as our efforts to improve our country.

It was early morning and I stood outside class, lamenting societal woes; someone told me that I “should go back to Vietnam if you think America’s bad.” That stuck with me. Why is it that this patriotism inspires, not action, but dismissiveness?

Is there a better patriotism?

I believe the answer to all of these is “yes.” I believe in a patriotism of improvement, not one focused on a blind ideal of America but rather one understanding of the chasm between that and our reality. History has validated this gap’s bridgings, from the freedom amendments after the Civil War, to the 19th Amendment granting women the right to vote, to Franklin D. Roosevelt’s New Deal and Lyndon B. Johnson’s Great Society, to the judicial activism during the civil rights movement.

So, why shouldn’t I just leave if I see so many problems here? Because on arriving, I owe it. America took me in, that wide-eyed boy from a distant country, and with my parents’ work, gave me a comfortable life.

My dad told me to see our backyard – itself quintessential America – as a blessing, to improve and perfect. And America’s the best backyard on Earth, so why not help it out?