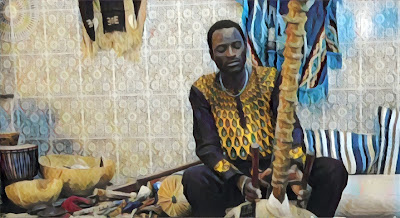 .
Over the past few months I've really come to love and appreciate the kora, sometimes referred to as the West African harp. I find the sound of this unique and centuries-old instrument to be very soulful and soothing. It's been the perfect sound to immerse myself in during these past five months of uncertainty and upheaval. 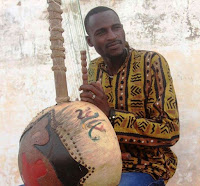 The kora is a string instrument that originated and is used extensively in West Africa. It typically has 21-strings which are played by plucking with the fingers.

The sound of a kora resembles that of a harp, though when played in the traditional style, it bears a closer resemblance to flamenco and Delta blues guitar techniques of both hands to pluck the strings in polyrhythmic patterns (using the remaining fingers to secure the instrument by holding the hand posts on either side of the strings). Ostinato riffs (“Kumbengo”) and improvised solo runs (“Birimintingo”) are played at the same time by skilled players.

Legend has it that the kora was gifted to humanity by the djinns or spirits of the West African savannah. Though played in Guinea, Guinea-Bissau, Mali, Senegal, Burkina Faso, the kora first emerged in the area of West Africa now known as the Gambia. Kora players have traditionally come from jali families of the Mandinka tribes. They are traditional historians, genealogists and storytellers who pass their skills on to their descendants. Most West African musicians prefer the term “jali” to “griot,” which is the French word. “Jali” means something similar to a “bard” or oral historian.

I'm gradually becoming familiar with a number of kora players, including perhaps two of the greatest: Toumani Diabaté from Mali and Seckou Keita from Senegal. This evening though, I share the music of a lesser- known but still incredibly gifted kora player, Mbemba Diebaté, who, incidently, celebrates his birthday tomorrow. Happy Birthday, Mbemba! 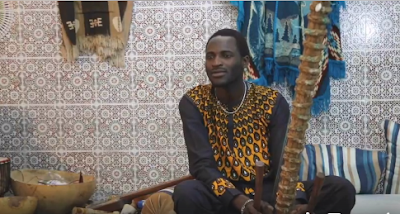 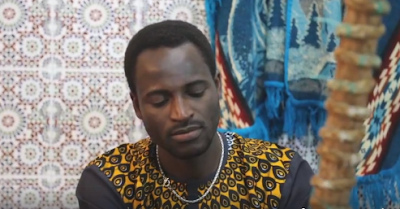 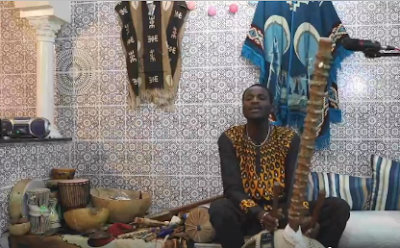 A descendant of a Jali family, Mbemba Diebaté, is from Pakaou Soubaly, a village in Casamance, Senegal. As a child he was captivated by the sounds of the kora played by his uncle, "Old Kouyaté," who would later be his teacher for many years. Notes Mbemba's Facebook page:

While preserving the Mandinka culture of his ancestors, Mbemba Diebaté also offers a rich and varied repertoire through personal creations in a modern style and open to the world, reflecting his artistic journey.

Since 2016, Mbemba has embarked on a musical career centered in two musical projects of his creation: Bacoumba Fusion Afro Gnaoua (left), a fusion of traditional West and North Africa styles and instruments (kora, guembri, karkabat, and percu), and Kora 'Frika Jazz, a modern style combining the kora and contemporary jazz musicians.


Following is an article I found online about Mbemba Diebaté. I used Google Translate to translate it into English from the original French. This article was first published July 9, 2018 on the website, Music in Africa. 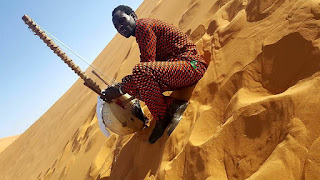 It was at the Mama Africa Festival in the Moroccaon village of Merzouga that Music In Africa spotted the promising Mbemba Diebaté and his Bacoumba Fusion formation, created in 2016 in Casablanca. Since then, the band has continued to ignite the Moroccan scene.

At the foot of the dunes, four musicians and two dancers, led by the kora, performed magnificent melodies on stage, songs that were as sweet as powerful, and accompanied by the muscular energy of the dance.

Of traditional inspiration revisited in a very contemporary way, the group's repertoire shows a fine mastery of an artistic project born from a meeting in Morocco of artists from Senegal, Ivory Coast, Togo, Congo, and Cameroon. 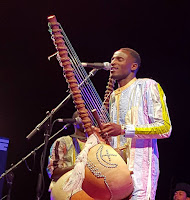 Quickly identified in his host country as a reference, Mbemba Diébaté responded enthusiastically to invitations from renowned Moroccan artists. Among other things, he was invited for a month of residence last June at the Gnaoua World Music Festival to participate in the creation project of the Mâalem Mokhtar Gania, entitled Africa Gnaoua Experience.

Mbemba Diebaté began his apprenticeship in kora at the age of seven in Casamance (Senegal), with his master Vieux Kouyaté. Originally from a family of griots who introduced him to this ancestral art, he saw music as an inexhaustible breeding ground for languages and travel at a crossroads of universes almost as old as the big bang.

However, nothing seems as new to our ears than this music which, trance-like, spreads its mesmerizing and liberating energy all the way down to our toes. 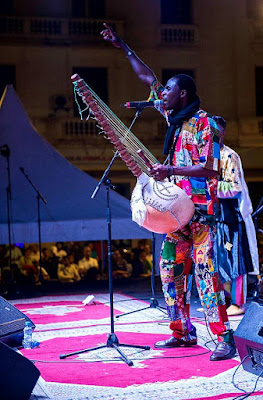