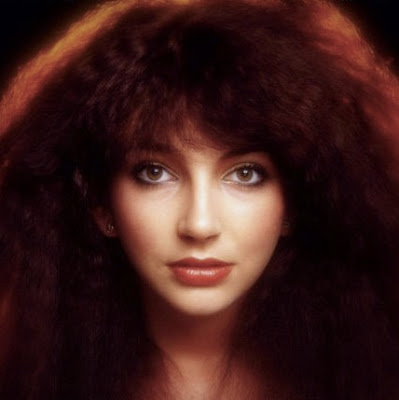 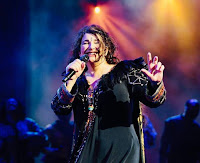 Right: Kate performing in her “Before The Dawn” show in 2014. The 22-night concert residency, held at the Hammersmith Apollo in London, sold out within 15 minutes online, 35 years after Kate’s last tour.

Over at the website Complex, Brianna Holt has an insightful piece that celebrates Kate's music and her influence on other artists "across genres and borders." Following, with added images and links, is an excerpt.

For the last three decades, Kate Bush has been crowned the queen of art-pop without ever winning a Grammy or touring after the releases of new albums. You won’t catch her in the audience at an award show or giving lengthy interviews on a talk show. In fact, it isn’t even certain where she is spending her time, but many fans assume she’s tucked away somewhere in South Devon. With her pioneering legacy of experimental sound, masterful storytelling, and unconventional lyrics and structure, Bush’s influence in the music industry has stretched across genres and borders.

In 1978, at the age of 19, Bush began breaking barriers for women in pop. Topping the UK Singles Chart for four weeks with her debut single “Wuthering Heights,” Bush became the first female artist to reach number one in the UK with a self-written song. Additionally, and equally impressive, she was the first British solo female artist to ever top the UK album charts and the first female artist to enter the album chart at No. 1 [with Never for Ever in 1980]. By her fourth studio album [1982's The Dreaming], Bush gained artistic independence in album production, an uncommon circumstance for women in the music industry during the ‘80s. “The big thing for me, and it has been from quite early on, is to retain creative control over what I’m doing. If you have creative control, it’s personal,” she told Independent in 2016. Her ability to work on her own agenda and release atypical work influenced many younger artists to do the same. . . . Bush is credited for her early-on, revolutionary use of the Fairlight synthesizer, the headset microphone onstage, and exploring controversial themes wrapped into an ultramodern sound. 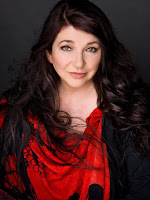 After Bush’s seventh album in 1993, The Red Shoes, she took a 12-year hiatus. The break can be attributed to the birth of her first son in 1998, which was even kept a secret until two years later when it was revealed by Peter Gabriel during an interview. A nine-year hiatus followed that, pushing the idea that Bush had become a recluse and was nearing her final years in music. Whether that be true or not, her eclectic music style has yet to go out of fashion. Even modern film has made space for the work of Bush. The iconic sex scene in Love and Basketball wouldn’t be nearly as steamy or moving without Maxwell’s cover of “This Woman’s Work.” More recently, “Running Up That Hill” was coined as a symbol of Angel and Stan’s relationship in Pose. Even “Cloudbusting” and Bush’s original “This Woman’s Work” helped set the tone in The Handmaid’s Tale.

If you haven’t been as lucky to come across Kate Bush’s music in a film or through the recommendation of a friend, there's a chance you’ve unknowingly grown accustomed to the sounds she pioneered. From FKA Twigs’ Magdalene to Billie Eilish’s When We All Fall Asleep, Where Do We Go?, Bush’s influence — whether direct or not — exists in so many modern pop projects today. Hints of her dramatic vocals carry on through Florence Welch’s delivery and her experimental, futuristic production provided a blueprint for artists like Charli XCX to push pop forward. Her mime-like dance moves coupled with intimate orchestration is echoed in Lorde’s performances. Sinead O’ Connor’s penetrating lyrics in “Troy” and Sia’s roaring vocals in “Chandelier” both conjure the spirit of Kate Bush. Her heirs include other greats like Tori Amos, Björk and Enya. Even electronic artists like Grimes and rock artists like Stevie Nicks have been compared to the UK artist. 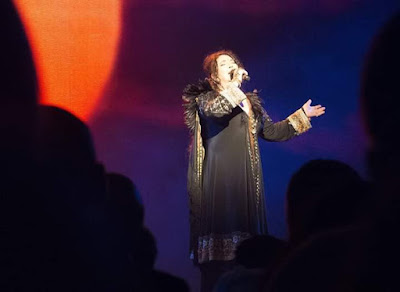 . . . Very little is known about Bush’s day-to-day life, and social media doesn’t provide a stance on her political views or evolving taste and perspective. It isn’t even certain when and if another Kate Bush album will ever come, leaving fans with no choice but to be patient with her timeline and dive deeper into music that already exists. Luckily, powerful art coupled with a mystifying personality has left a lot to explore since the release of her debut album in 1978. Maybe that is why Bush has continued to persist over time. After all, an artist who is not yet fully understood can often be the most compelling.

– Brianna Holt
Excerpted from "Kate Bush Has Disappeared,
But Her Influence Is Everywhere"
Complex
July 30, 2020

Notes Wikipedia about “The Man With the Child In His Eyes”:

[It] is the fifth track on [Kate Bush's] debut album The Kick Inside and was released as her second single, on the EMI label, in 1978.

Bush wrote the song when she was 13 and recorded it at the age of 16. It was recorded at AIR Studios, London, in June 1975 under the guidance of Pink Floyd guitarist David Gilmour. She has said that recording with a large orchestra at that age terrified her. The song was Bush's second chart single in the United Kingdom where it reached number six in the summer of 1978. In the United States the single was released in December of the same year. It became her first single to reach the Billboard pop singles chart, peaking at number 85 early in 1979. Bush performed this song in her one appearance on Saturday Night Live, singing on a piano being played by Paul Shaffer.

The single version slightly differs from the album version. On the single, the song opens with the phrase “He’s here!” echoing, an effect added after the album was released. . . . The song received the Ivor Novello Award for "Outstanding British Lyric" in 1979.

I can't believe she wrote “The Man With the Child In His Eyes” when she was 13! I have always liked this haunting song but still trying to interpret it. Thank you, Michael, for introducing her to me all those years ago. Must admit, I do sometimes, now, have a little giggle at some of her dance moves. To her credit, there will never be another Kate Bush. She is unique!