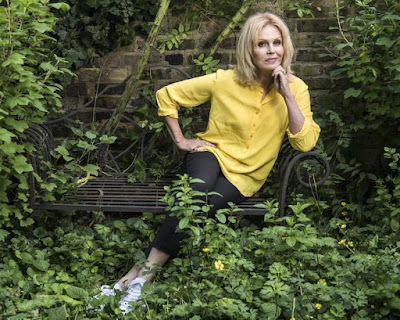 You know, there are a lot of gay men my age who love Joanna for her portrayal of Patsy Stone in the cult sitcom Absolutely Fabulous. I actually love her more for her various travel shows (above and left) and, most of all, for Sensitive Skin, the BBC comedy-drama series in which she starred in 2005 and 2007.

Written, directed, and produced by Hugo Blick, Sensitive Skin has garnered much critical acclaim over the years. In particular, the show’s “elegant, razor-sharp writing” has been praised, along with the performances of the central cast (which, along with Joanna, includes Denis Lawson, Maggie Steed, Nicholas Jones, and James Lance) and its various guest performers (including David Warner, Frances de la Tour, Maureen Lipman, Anthony Head, and Jean Marsh). 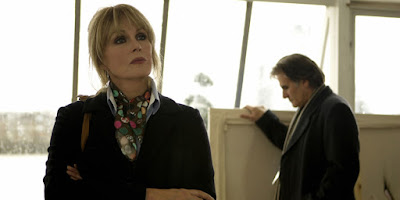 Above: Joanna with Oliver Cotton in the first episode of the second season of Sensitive Skin (2007).

As for Joanna, well, critic Bret Fetzer declares: “Lumley is simply wonderful, ranging from arch comedy to heartbreaking sadness with subtle and fluid confidence. Sensitive Skin is a gem.”

Fourteen years on, Joanna Lumley is still “simply wonderful” in my book, and in belatedly celebrating her birthday this evening I share a 16-minute interview she did in 2019 for the Australian current affairs show, The 7:30 Report. In this interview the warm, funny, insightful, compassionate, and, yes, wonderful Joanna Lumley is in full view. Enjoy!