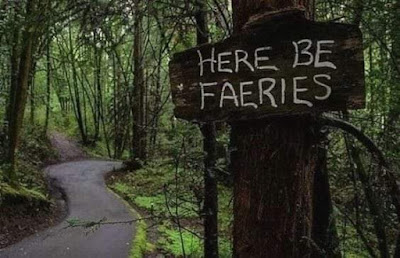 In preparing my recent Beltane post, I came across the following in Caitlín Matthews’ book, The Celtic Spirit. It’s about faeries, the “people who live between the worlds.” The illustrations I’ve chosen to accompany this excerpt are by the New Zealand artist known as St-Jinx. 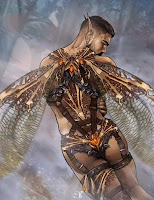 The faeries are the race of beings who live between the worlds, making their home upon the earth but usually apprehensible only to otherworldly vision. Every country in the world has stories about the faeries as the “people between” who inhabit quiet country places but occasionally interrelate with human beings, exchanging favors for small gifts and courtesies, such as gifts of milk or food.

Within the Celtic countries there is still a great respect for the faerykind. People and faeries are considred to be neighbors who must live in mutual respect. People are careful to build their houses away from routes frequented by the faeries, and refer to them only as “the good folk.” 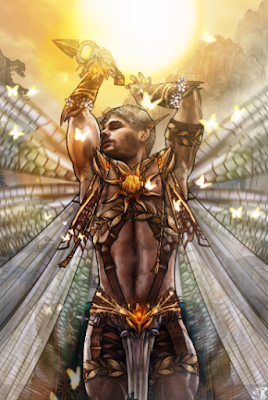 Many stories relate how musicians have learned tunes from the faeries, or how human have wandered into faery domains and lived with them there. Such tales may seem fabulous to those who have clichéd images of tiny, gossamer-winged faeries who flit about from flower to flower, but faeries within the Celtic tradition are considerably more robust, some being even taller than humans.

At [around the time of] Beltane (BEL’tenn-a), faeries becomce very active. It is believed that now and at Samhain, the doors to the faery hills are open, and that the faeries make their progress through the land. It is a time to be sensitive about our movements and intentions so that we do not disturb the fair folk about their business.

It just so happens that lately I’ve been listening to Marianne Faithfull’s 2018 album, Negative Capability, on which there is a beautiful track called “The Gypsy Faerie Queen.”

Following is the music video for this track. Enjoy!

See also the previous Wild Reed posts:
• Beltane Morning Light
• Beltane: Casting Off the Darkness and Celebrating the Light
• Beltane and the Reclaiming of Spirit
• Hallowtide Reflections
• Out and About – Autumn 2016
• Somewhere In Between

For more of Marianne Faithfull at The Wild Reed, see:
• Ever Faithfull
• Before (and After) the Poison
• There Is a Ghost