“Come for the Racism, Stay for the Autocracy” 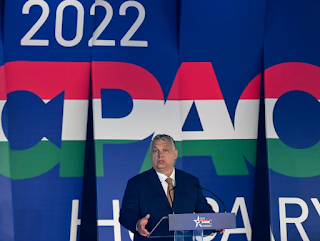 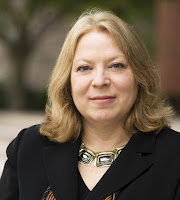 Earlier today Kim Lane Scheppele was interviewed on Democracy Now. Scheppele is a professor of sociology and international affairs at Princeton University, specializing in the rise and fall of constitutional government with a focus on Hungary.

Following is part of what Scheppele said about the appeal of Orbán to the Republican party, a party still very much under the spell of Trump.

Orbán is quite well informed. He understands that a lot of Trump’s base loves dog-whistles or even not-so-subtle racism. Orbán understands perfectly well that white supremacists form a big chunk of Trump’s base. . . . If you’ve been following Orbán since he came back to power in 2010 – and he’s been in power continuously since that time because he’s rigged the elections so no one else can win them – it turns out that he’s been saying these kinds of things about mixing of races for a long time. He dog-whistles anti-semitism. One of his political campaigns, he was demonizing George Soros with a lot of language that was clearly anti-semitic. He’s the guy who stood up against the wave of migration from Syria and Iraq and other places, making references to a kind of another Islamic invasion of Europe. None of this is really new, [so] CPAC could not possibly be surprised that Orbán is going to come and dog-whistle white nationalism.

. . . Orbán presents, especially for the American right, a kind of irresistible combination of culture war issues. So, now we see racism, white nationalism. But in the past he’s demonized LGBTQ people. He’s railed against gender studies and gender fluidity. When he rewrote the Constitution of Hungary in 2011, the Constitution says that fetal life is protected from the moment of conception. So, he’s been on every single culture war issue for the last dozen years, that also has been the program of the American right. So the culture wars are really Orbán’s specialization, to kind of whip up hysteria.

The thing is, though, that these culture war issues in Hungary disguise the fact that underneath the surface Orbán has been changing the laws of the country so that gradually he has shut down all of the independent institutions that might tell him no. And, in fact, since the COVID epidemic started, he’s been governing by decree. He wakes up one morning, issues a decree, that’s law. So, essentially, Hungary is now a country that is a dictatorship, in which he’s rigged the election laws, he’s rigged almost all the other laws.

And I think what the American right sees in Orbán is the use of culture wars as a kind of cover for creeping autocracy. And you see it because the Republicans are right now engaged in a campaign, a very Orbán-like campaign, to rig the rules of the election by changing laws in the U.S. states so that the Republicans are going to win, no matter who wins the popular vote. That’s the kind of thing Orbán did in Hungary. Some of the specific tactics the Republicans are using here exactly mirror what Orbán did in Hungary. So, I think, you know, come for the racism, stay for the autocracy. I think that’s what’s in it for CPAC.

See also the previous Wild Reed posts:
• Heather Cox Richardson: It’s Up to Us to Prove That Democracy Is Still a Viable Form of Government
• Rep. Liz Cheney: Quote of the Day – June 30, 2022
• Mitchell Zimmerman: Quote of the Day – June 23, 2022
• Two Conservative Voices of Integrity
• “How Can One Overreact to a Mortal Threat to American Democracy?”
• A Deeper Perspective on What’s Really Attacking Democracy
• “The Coup Attempt on Jan. 6th Was a Warning for What’s to Come If We Don’t Act”
• “My Biggest Worry Is for My Country”
• Republicans Pose an “Existential Threat” to American Democracy
• The Big Switch
• The Republican Party in a Nutshell
• Cornel West: Quote of the Day – December 3, 2020
• Republicans Don’t Care About American Democracy
• “The Republican Party Has Now Made It Official: They Are a Cult”
• Heather Cox Richardson on Combating the Republican Party’s “Rigging of the System”
• Trump’s Playbook