Dyllón Burnside: “For Me, the Term Queer Just Opens Up Space” 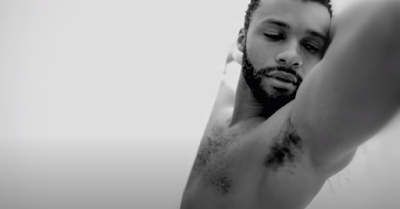 The Wild Reed’s 2022 Queer Appreciation series continues with the music video for the latest release by American actor and singer Dyllón Burnside.

The track is called “Silence,” something that Dyllón is far from embracing when it comes to his identification as queer rather than gay. He said the following, for instance, via Instagram in 2020. 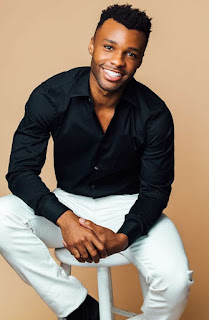 I just want to assert that I identify as queer, not gay. Some might think it's semantics but for me it’s important. ... My experience of my sexuality has been one that is a bit more fluid and a bit more complex than just identifying as gay. I’ve dated women and have had many relationships – romantic and sexual – with women as well as men. But I don’t identify as bisexual. And I think that, the more that we understand sexuality as something that exists on a spectrum and is not so black-and-white, the more we can better understand humanity as a whole. And so, for me, the term queer just opens up space. It opens up space in our language and language is a technology, a technology by which we come to understand the world. And so I think, for me, queerness is about understanding that I exist outside of the sexual binary of just gay or straight.

About his song "Silence," Dyllón recently shared the following with the website That Grape Juice. 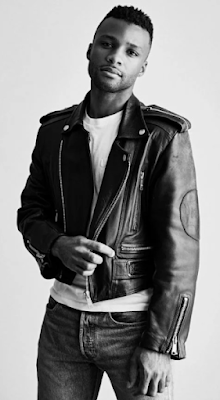 Why this song? It’s because I think it’s incredibly relevant to what so many people are facing right now. I didn’t write the song in quarantine, but one might think that I did when you listen to the lyrics. This song was born in December 2019, and I co-wrote it with a producer friend of mine. It started with a session that I had with my therapist, where I was talking to her about my struggles with feeling isolated and lonely. And sort of feeling like I was reaching out to social media and sex and dating apps to sort of fill this void, this silence, if you will, instead of dealing with my own self. I started writing after that session with my therapist, just sort of journaling about it. And when I went into the studio and was talking to my producer friend, I was like, “I want to turn this into a song.”

And so, after speaking with her, I started journaling about what I was feeling, and I realized that it was in those moments when I was just sitting in my apartment and it was hell of quiet. And what I really wanted was someone to help still that silence, with anything. I didn’t necessarily feel like I needed to be in a relationship, I didn’t necessarily really want to hook up with anybody. Really, what I wanted was someone to distract me from being in that moment with myself.

And so, I took those thoughts, that journal entry into the studio with my producer friend Drew Scott. We built the track out and fleshed-out the lyrics of the song and melody, and recorded it in a few hours.

I didn’t know what song was going to be sort of my debut for the world as a solo artist. But it became really clear in April, as I started to feel some of these same things come up for me during quarantine and started to talk to friends and see people posting about it on social media about feeling lonely and isolated. And folks talking about how their relationship to social media had shifted because they’re so isolated. I realized that, wow, this is exactly what I was going through in December, and I think this song could be cathartic for people; be therapeutic, maybe is a better word, for people. And can help them, sort of face some of the things they may be dealing with. And so I decided to release it now.

NEXT:
Tarot: A Compass For Journeying Toward
the Truth of Who We Are and Who We Can Be