A Trying Time With Sciatica 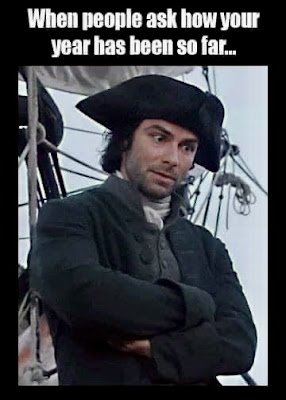 This Poldark meme reminds me of the wise words of Aimee Foster: “Even in the darkest, most trying and difficult moments, I believe if something is funny, you have to laugh.”

And so I laugh at this meme, even as I acknowledge that, yes, this year has been a trying one for me.

Let me explain why by first saying that up until just a few weeks ago, I was set to return to my homeland of Australia today for a month-long visit.

However, I had to cancel this much anticipated trip (my first in three years) because of a flare-up of the searing and debilitating sciatic pain in my left leg. I’ve been living with this pain to varying degrees since the end of last year, with the worst bouts of it occurring in mid-February and now. 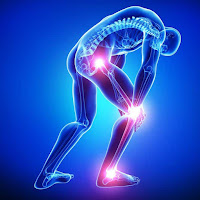 Over the past nine months I’ve had a steroid shot in the spine and worked with an acupuncturist, a physical therapist, and a chiropractor. Each of these treatments and therapies have been helpful to a point but none of them can rectify the root cause, namely a herniated disc that’s causing spinal stenosis and thus the sciatic nerve pain that has me now using a cane (or, as we’d say in Australia, a walking stick) to get around. Also, none of the pain meds I’ve been prescribed have been particularly effective; so, yeah, it’s been a trying year. 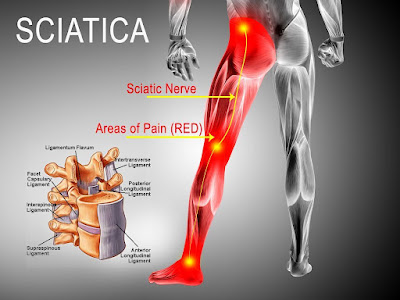 Given all of this, the thought of international travel and a month in Australia while dealing with this level of pain and debilitation bordered on nightmarish for me. Once I made the decision to cancel my trip to Australia, I decided I needed to go ahead with surgery for spinal stenosis. In my case, this will be a procedure called a lumbar Hemilaminectomy.

I also realized that while ever I’m dealing with this sciatica flare-up, I could not continue my work as a Palliative Care chaplain. Such work involves just too much walking around the hospital. Also, I had reached the stage where I was having a really difficult time being fully present to my patients, given the leg pain I was experiencing. It was a pain that was becoming increasingly noticable to others. Indeed, as I told my colleagues, when your terminally-ill patients start expressing concern for you over and above their own condition, you know it’s time to take stock. My patients need to be the focus, not me. 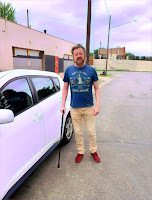 And so I’m taking the next three weeks off ahead of my Hemilaminectomy on August 30. It’s a very simple and routine surgery, one that doesn’t even involve an overnight stay in the hospital. My neurosurgeon and his team will shave off part of the herniated disc that’s pinching my sciatic nerve. From people I’ve talked to who have had this procedure, the relief from it is instantaneous and permanent. I’m hoping and praying that this is the case for me too. . . . As for my trip home to Australia, that’s now going to happen next year, probably in March or April.

I want to take this opportunity to thank my friends and colleagues who have been so understanding and supportive throughout my journey with sciatica. Here’s hoping the end of that journey is in sight. 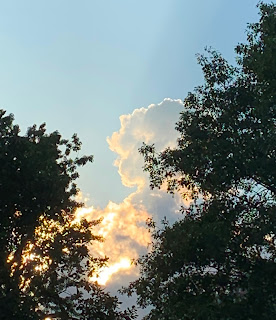 Hello Dear Michael. I'm so sorry to hear about this bout of sciatica that has been plaguing you for such a long time. Now that I know what is happening in your life please be assured that I will be praying for you and sending warm wishes your way. I'll be looking for news of you and how you're getting along! Best... Linda

Thank you so much, Linda! I'll be sure to let you know how the surgery goes on the 30th.