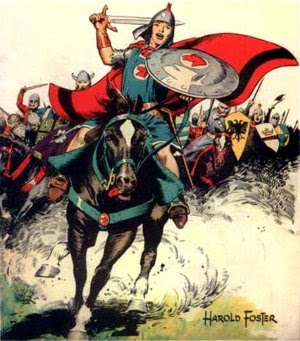 “A valiant effort.” That’s how Virginia Wilkinson describes my attempts to “remain positive and hopeful” about the Roman Catholic Church one day “develop[ing] a more positive evaluation of homosexual activity.” (And given my longtime admiration for cartoonist Hal Foster’s noble and heroic creation, Prince Valiant, I couldn’t be happier with Wilkinson’s choice of words!)

Wilkinson’s observation is contained in her comprehensive summary and review of Creating Safe Environments for LGBT Students: A Catholic Schools Perspective (Harrington Park Press, 2007) – the book that I compiled, edited, and (in large part) wrote.

It’s also a book that Archbishop Angelo Amato of the Congregation for the Doctrine of the Faith, in a letter last June to Archbishop Harry Flynn of the St. Paul/Minneapolis Archdiocese, declared “not suitable to be used in Catholic schools.” Why? Because it “calls into question the teaching of the Church on homosexuality.” (Heaven forbid we allow questioning within our Catholic educational system!)

Now, Archbishop Flynn made no secret of Amato’s letter (indeed, he had been instructed to share its contents with “those involved [locally] in Catholic education”). As a result, it wasn’t long before a copy found its way to me. I’m actually mentioned in this letter from the Congregation for the Doctrine of the Faith, ensuring that it’s now framed and given pride of place in my office! After all, as a friend remarked: “If you’re pissing off the former Office of the Inquisition, you must be doing something right!” Hmm, I shudder to think, however, of what would have happened to me 500 years ago!)

Wilkinson’s review is the second I’ve discovered online. I’ve written about the first one here.

Following is Wilkinson’s review in its entirety. (It can also be viewed on the Education Review website - though minus the cool Prince Valiant graphic.)

See also the previous Wild Reed posts:
“A Courageous Document”
Out and About - June 2007
Confronting Classroom Homophobia
A Catholic Bibliography on Gay Issues

Mick, you spare no effort on everything, everything is quality, researched and interesting to read! Your blog is a modern day piece of art. What isn't on there?

I hope you don't mind, but i used your wonderful picture of Prince Michael Valiant as my background.

Mick keep on doing what you do, as you're making this world a better place for all.

Well, you're in good company .... Ignatius of Loyola was thrown into prison by the Inquisition a couple of times and even Karl Rahner go the eye from the CDF :-)