A Hopeful and Encouraging Trend 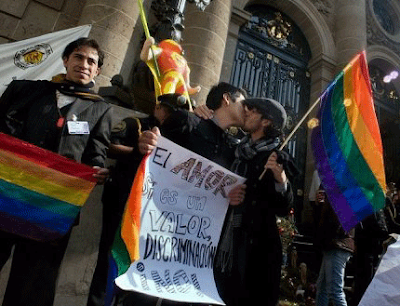 Latinos, often said to be the future of the U.S. Catholic Church,
are helping pull Catholic social attitudes
towards greater support of gay rights.

Yesterday afternoon I joined with a number of Twin Cities Catholic lay leaders in a telephone conference call with the leadership of the Washington DC-based Catholics for Equality. For almost an hour we engaged in a very informative and productive dialogue, the results of which, in the weeks to come, will undoubtedly add to the ongoing conversation around same-sex marriage in Minnesota. 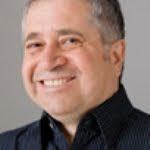 One of the people we spoke with from Catholics for Equality was Joseph Palacios (pictured at right), Adjunct Professor of Sociology at the Center for Latin American Studies at Georgetown University. Joseph recently had an insightful commentary published in The Washington Post in which he explores the “new face of Latino Catholicism in California.” It’s a “face” that reflects the reality that Latino Catholics in California have become the most progressive group supporting gay rights in the U.S.

I find this news incredibly hopeful and encouraging, especially given the oft-quoted observation that the future U.S. Catholic Church may well be Latino – and, by the sounds of it, quite progressive when it comes to gay issues.

Following is Joseph’s article in its entirety.

Have Latino Catholics become the most progressive political group supporting gay rights in the U.S.? The casual observer of culture often perceives that Latino Catholics are one of the most conservative groups regarding family values and faith. Yet the Public Religion Research Institute's July 21, 2010, report on “Religion and Same-Sex Marriage in California” found that Latino Catholics stand in sharp in contrast to many sectors of American public, especially Latino Protestants, illustrating the sharp effect of religion on Latino attitudes towards homosexuality and civil and human rights for the gay community. Regarding Latino Catholics the report, based on June 2010 polling of 3,351 California adults with oversamples for Latinos, highlights these two social dynamics:

• 57% of Latino Catholics would vote for the legalization of same-sex marriage compared to 22% of Latino Protestants.

• Latino Catholics “say they trust the parents of gay and lesbian children more than their own clergy as a source of information about homosexuality.”

These two dynamics illustrate the new face of Latino Catholicism in California. According to the Pew Forum an estimated 31% of California’s population is Catholic. And of that between 40-50% is Latino. This Latino trend helps pull Catholic social attitudes, already more liberal than Protestants, towards greater support of gay rights.

Why is this so? I suggest the following reasons:

Family First: Latino Catholics orient their social lives around the family and extended family even in the context of high Latino single-parent households (estimated 33% of all U.S. Latino households; 36% of all Latino children in California live in single-parent households). Family solidarity is strong and even though children may not follow “traditional family values” as projected by the church and the U.S. society, parents want to keep their children within the family. It is not surprising that Catholics in general and Latino Catholics in particular, as the Public Religion Research study shows, see that parents learn about gay issues from their children. Their moral and ethical judgments are primarily made through this social reality rather than abstract pronouncements from their church leaders.

Catholic Communal versus Protestant Individual Faith: Catholicism is a communal faith that highlights the life cycle process through the sacraments of baptism, Eucharist, confirmation, and marriage. Families experience their moral lives through communal participation in the sacraments, as well as the Latino community's cultural observances of Our Lady of Guadalupe, Posadas, Dia de los Muertos, etc. Protestant Latinos, on the other hand, have a faith that is individually driven through faith conversion (“accepting Jesus Christ as my Lord and Savior”) that often separates a person from the Catholic sacramental life cycle process and the social fabric of the Catholic-based cultural celebrations. Fundamentalist Protestantism sees such Catholic cultural practices as contrary to a pure Christian faith. The study illustrates this communal-individual faith difference by noting that Latino Protestants (37%) lean toward a style of religious social engagement prioritizing "personal morality and faith" over a Catholic (59%) orientation that prioritizes “justice and action.”

Latino Catholic Tolerance versus Protestant Fundamentalist Judgment: Catholics allow complexity and ambiguity in moral decision-making since Catholicism is neither fundamentalist nor literalist regarding the Bible. Rather, Catholics can weigh factors such as the Bible, church teaching, and social reality affecting decision-making. Latino Catholics in the United States live in this social context that allows the free exercise of conscience rather than enforced scriptural fundamentalism or bishops’ and pastors’ exhortations in making decisions regarding homosexuality and gay rights – as is often exercised in Protestant fundamentalist and evangelical denominations and now by increasingly doctrinaire Catholic bishops. Further, as noted in the study, Catholic priests rarely mention homosexuality or gay issues in sermons except when forced to by the bishops as happened during the Prop 8 campaign.

Recently same-sex marriage and adoption rights were legally approved in the Catholic countries of Argentina, Spain, and Portugal, as well as Mexico City. It is important to note that modern Latin Catholicism has a dual nature: it is “conservative” in the sense of family communalism and tradition that the church offers, yet it is classically “liberal” in the sense of not wanting the Catholic Church to have power in political life – particularly after the long historical experience of the Latin American Church “meddling in politics.” As Mexicans put it: “No meta en la política.” A sizeable majority of U.S. Latino Catholics shares these attitudes with them. Increasingly they are joining their Latin counterparts in accepting gays and lesbians as part of the social family that is both Catholic and liberal.

Joseph M. Palacios is Adjunct Professor of Sociology at the Center for Latin American Studies at Georgetown University.