The Trouble with the Male Dancer (Part 2) 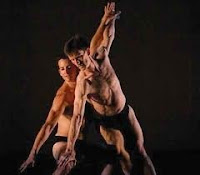 The Wild Reed series “The Dancer and the Dance” continues with the second of three excerpts from Ramsey Burt’s book The Male Dancer: Bodies, Spectacle, Sexualities (2007). All three excerpts are from chapter one, “The Trouble with the Male Dancer,” which explores how the spectacle of men dancing can challenge, undermine and/or redefine notions of masculinity.

Today’s excerpt focuses on homophobia and the male dancer, and contains an excellent definition and discussion on homophobia which, as Burt reminds us, is an “essential characteristic of patriarchal society.” Regular visitors may notice that I used part of this excerpt in my previous post on the pope and the troupe of male acrobats that recently entertained him and his court at the Vatican.

Increasingly since the nineteenth century, it has been considered appropriate for men not to appear soft and not to appear emotionally expressive. An individual who does not conform to these behavioural norms, and cannot claim to be a genius, has been in danger of being considered “not to be a proper man,” a euphemistic phrase that generally means homosexual.

The cluster of fears associated with homosexuality is sometimes called homophobia. Homophobia is the social mechanism which prohibits, or makes fearful, the idea of intimate contact or communication with members of the same sex. It is generally argued that homophobia is a mechanism for regulating the behaviour of all men rather than just self-identified homosexuals. Much queer theory assumes that homophobia is an essential characteristic of patriarchal society. Joseph Bristow puts it thus: “homophobia comes into operation so that men can be as close as possible – to work powerfully together in the interests of men – without ever being too (sexually) close to one another. . . . homophobia actually brings men into a close homosocial relation ([“How Men Are,” New Formations, 6, Winter: 119-31] 1988: 128). The mechanisms (including disapproval of male dance) which limit the subversive potential of some representations of masculinity can be seen to serve the purpose of keeping out of sight anything which might disrupt the relations within which men work powerfully together in the interests of men.

Eve Kosofsky Sedgwick argues that, in men’s relationships with other men in contemporary Western society, emotional and sexual expression is necessarily suppressed in the interests of maintaining male power. In a broader historical and anthropological perspective, she argues, this sort of male bonding is atypical: a similar suppression does not occur in female bonding in modern Western society, nor did it exist, for example, for Greek men in the time of Socrates. In the latter examples, there is a continuum between social, political, and sexual expression. Sedgwick argues that male, homosocial relationships in our society are characterised by intense homophobia, fear, and hatred of homosexuality. This repressed homosexual component of male sexuality accounts for “correspondences and similarities between the most sanctioned forms of male homosocial bonding and the most reprobate expressions of male homosexuality” (Sedgwick
1985: 89). Men are in a double bind in that they are drawn to other men, but this acceptable attraction is not clearly distinguishable from forbidden homosexual interest: “For a man to be a man’s man is separated only by an invisible, carefully blurred, always-already crossed line from being ‘interested in men’” (ibid.: 89). What was at stake in Sedgwick’s account is the limit of normative heterosexual masculine identity. Heterosexuality depends on homosexuality in order to define its own limits. There would be nothing straight about heterosexual men if there weren’t homosexual men to define the limit beyond which heterosexuals cannot go. Homosexuals are, thus, essential to the continuation of heterosexuality; as Leo Bersani has put it, homosexuals are “the internally excluded difference that cements heterosexual identity” ([Bersani]1995: 36).

Homophobia doesn’t actually offer an explanation of why modern Western society is prejudiced and discriminates against homosexuals. Homosexual men were subject to sometimes violent discrimination prior to the nineteenth century, at times when performances by leading male ballet dancers were greeted with considerable approval. There is no simple linkage between homosexuality, homophobia, and uneasiness at professional male dancers. The usefulness of the concept of homophobia is, perhaps, strategic. By giving a name to the way social restrictions function that maintain certain norms of masculine behaviour, it is possible to make visible aspects of male experience that are otherwise hidden. It, then, also becomes possible to discuss the way male-male social relations have been represented in theatre dance in terms of homophobia. My argument is that it is these social restrictions that, since the mid-nineteenth century, have caused the display of male dancing to become a source of anxiety.

Male appearance signifies power and success: as John Berger has put it, a man’s appearance tells you what he can do to you or for you. If, however, his appearance is also desirable, he is, from the point of view of a male spectator, drawing attention to the always-already crossed line between homosocial bonding and homosexual sexuality. His appearance, therefore, carries with it, for the male spectator, the threat of revealing the suppressed homosexual component within the links he has with other men and through which he maintains his power and status in patriarchal society. It is the ability of the male ballet dancer to represent the power and status of men in bourgeois society which was proposed by one nineteenth-century writer as being the trouble with the male dancer.

NEXT: Part 3: Homosexuality and the Male Dancer 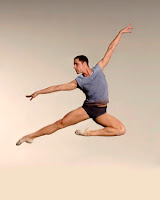 The Trouble with the Male Dancer (Part 1)
The Dancer and the Dance
The Premise of All Forms of Dance
The Church and Dance
Recovering the Queer Artistic Heritage
Istanbul (Part 4)
Scaling the Heights
Dark Matters
Oh! What’s This, Then?
Whimsical and Edgy
Love, Equality and the Rumba
An Evening with the Yuval Ron Ensemble
Oh, Yeah!
Matthew Bourne’s Swan Lake
Matthew Bourne’s Swan Lake Returns to New York
The Potential of Art & the Limits of Rigid Orthodoxy to Connect Us to the Sacred