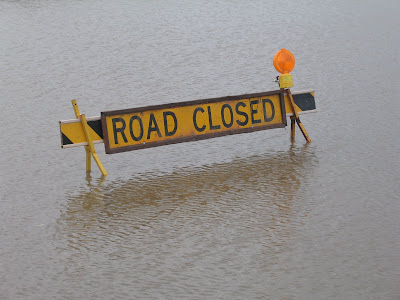 As the flood crisis in Queensland reaches its peak, here in northern New South Wales the township of Maclean has been cut off by the rising waters of the Clarence River. It could be three days before they recede and I'm able to return to Port Macquarie.

There's no way to reach the Pacific Highway from the town, and even if there was a way to get out, travel south would be disrupted by major flooding at Grafton.

The televised images of people stranded on their rooftops in various parts of southeast Queensland and of the thousands being forced out of their homes in Brisbane prevent me from complaining in the least about our situation here in Maclean – just south of the Queensland border. We're experiencing nowhere near the degree of devastation and danger that so many others are. 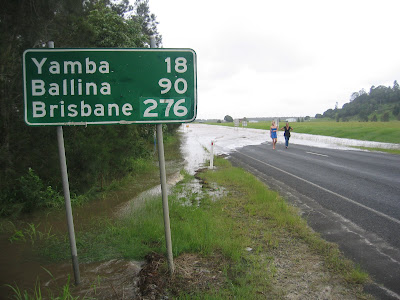 Still, we are in a way cut off from the rest of the world. If I wanted to be dramatic about it I could say we're "under siege" by the rising waters. That's actually a phrase we're hearing a lot on the news to describe quite a few towns and settlements – even the central business district of Brisbane.

Earlier today, my friend Raph and I drove into Maclean from his parents' place a few miles out of the town. We bought supplies and photographed the rising flood waters. Yesterday we took the road to the coastal town of Yamba. This morning we discovered that road covered by water.

At a petrol station we overheard a police officer say that there was no way out of the town. "If you wanted to leave," we heard him tell a motorist, "you should have left this morning." 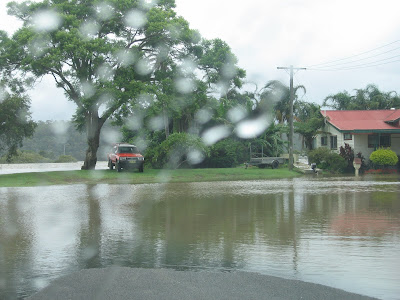 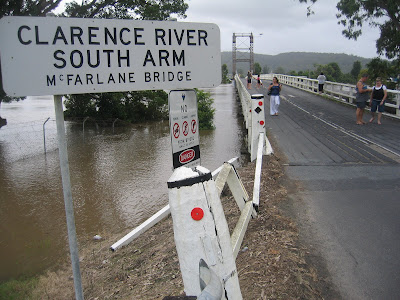 Later we walked across the McFarlane Bridge (above). The Clarence River has overflown its banks near the bridge, flooding the yards and houses of a number of residents (below). 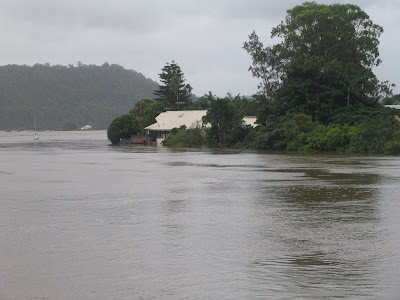 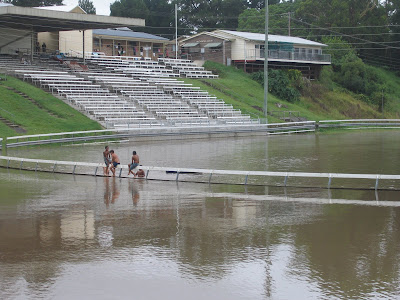 Above: Children playing in the flood waters. 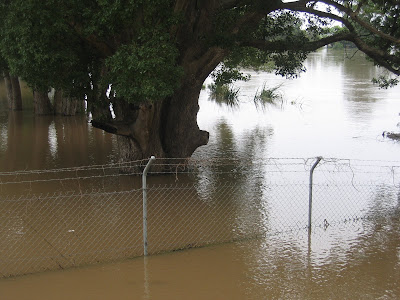 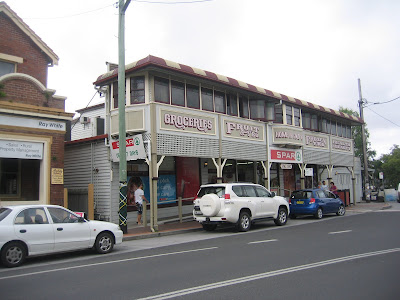 Above: The grocery store in which Raph and I went shopping. It backs onto the Clarence River and has been flooded in previous floods. 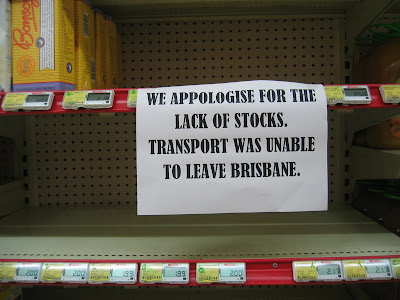 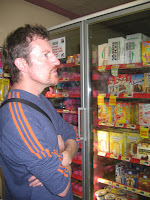 Above: Overall, the store was well-stocked. But as you can see, a few items where unavailable.


Left and below: Stocking up on supplies. 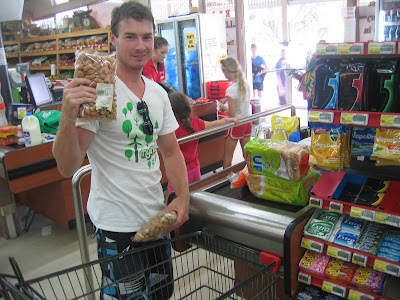 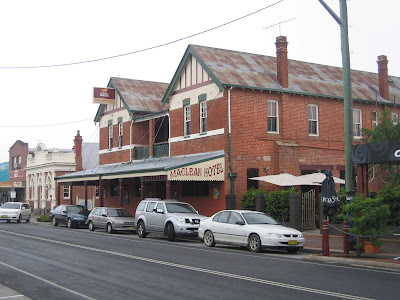 Above: The historic Maclean Hotel. 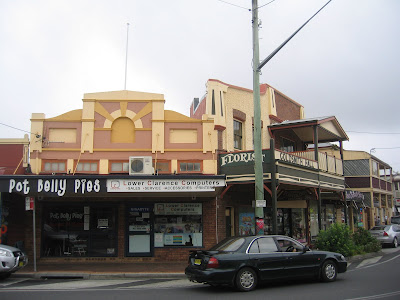 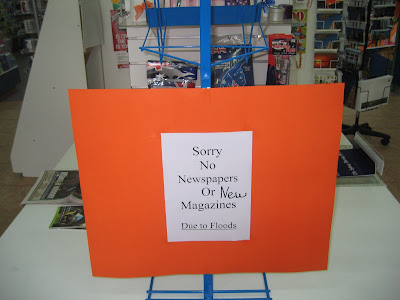 Above: It isn't only some food supplies that are currently unavailable. 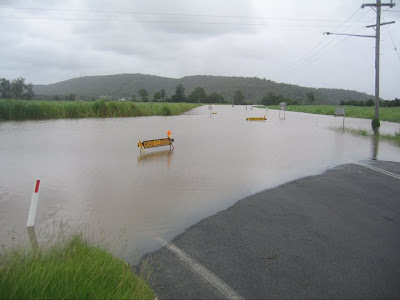 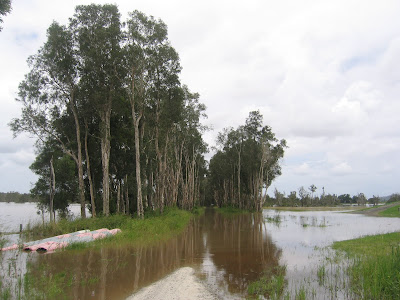 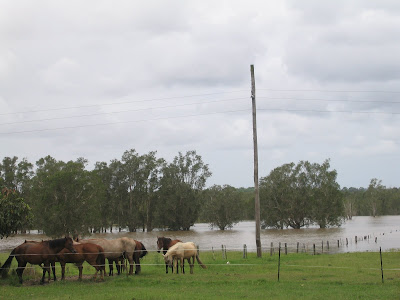 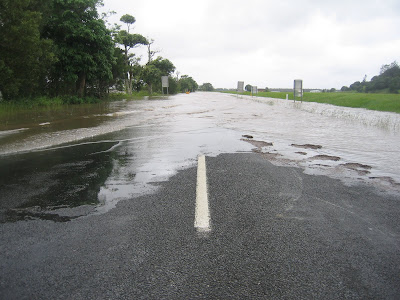 Above: No going to Yamba today!


NEXT: "Flooded-In but Loving Life"

The people there are in my prayers.

Wow, I was wondering if the flooding was affecting you. It's amazing how much moremthreatening and real it seems when someone I know is involved. My prayers are with you all.

Thanks, Clarence and Carol!