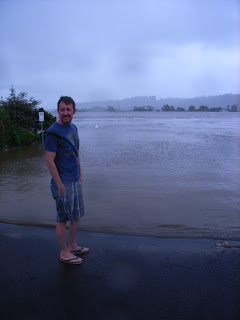 I'm currently in the town of Maclean, in what's known as the Lower Clarence region of north eastern New South Wales.

wedding of my friends Jeremiah and Kristy. I take a bus back to Port Macquarie later this evening.

I'm staying in Maclean with members of the McGowan family – some of whom live here. We were all shocked to see on the news this morning the devastation in Toowoomba wrought by yesterday's flash flooding. It's being described as an "inland tsunami," one that to date has claimed the lives of at least eight people. Seventy others have been declared missing. 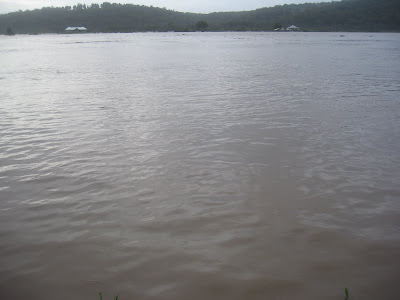 Here in Maclean, the Clarence River is beginning to flood – though no roads as yet have been cut, or people evacuated from their homes. That's not the case in the Queensland capital of Brisbane where whole suburbs are being evacuated ahead of anticipated major flooding.

Earlier today my good friend Raph and I drove to the center of Maclean and then on to the coastal town of Yamba. Following are some photos of our travels. 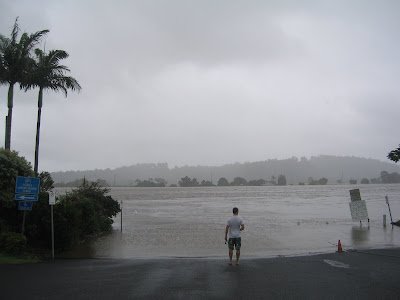 Above: The swollen Clarence River at Maclean. 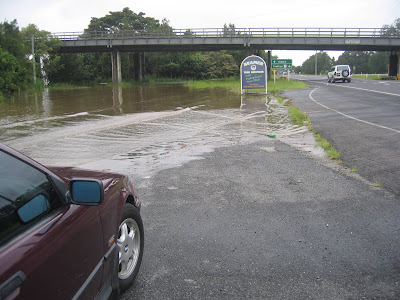 The Pacific Highway crosses the Clarence near Maclean
via the Harwood Bridge. In the photo above, water from the river
laps the road connecting Maclean to Yamba. 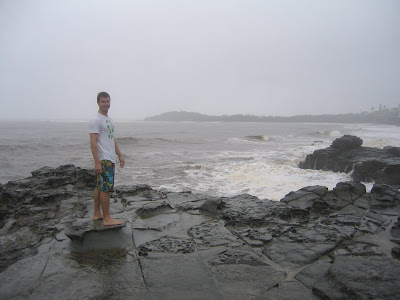 Above and below: Yamba, New South Wales. Note how brown
the ocean looks. That's from the flood waters of the Clarence River
flowing into the sea at Yamba. 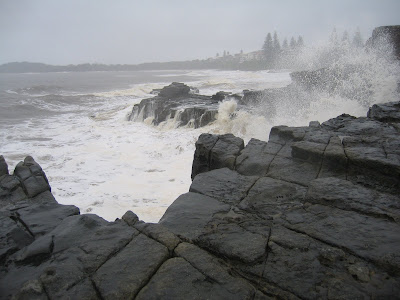 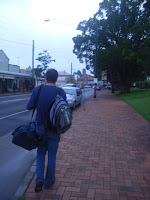 Update (9:30 p.m.): The highway's been cut from Brisbane to the south, so the bus service that was scheduled to pick me up this evening in Maclean has been canceled. Raph and his sister Mim are also unable to return north to the Sunshine Coast. It looks like we'll all be having another day or two in Maclean.

We're quite safe. For us it's more a matter of inconvenience than of danger. My thoughts and prayers go out to those further north, in and around Brisbane. They're facing the worst flooding in over one hundred years.

Glad you are safe and sound. Great photos as always, Michael.

Just read the news there ... glad to hear you are safe. Scary!

Glad to hear you're safe too.

I too am glad to hear you and your family are safe. The pictures and the fact you took them make this situation all the more real. Keep safe and here's hoping Ausralia sees the sun very very soon.

Thank you for sharing the pictures. How terrible for the poor people in Queensland. I looked at some of the news stories too. Hope that the people can stay safe. So many have suffered there from years of drought and now all these floods. Warmest thoughts to you. Stay safe.

Great first-hand images and information Mr. B....you could say we were 'investigative consumers' on the streets today.