In Maclean, an End to the "Siege"

5: 30 p.m. – As I mentioned in an earlier post, "under siege" has been an expression used a lot to describe many of the flooded-in communities throughout south east Queensland and northern New South Wales. It's a term that brings to mind epic adventures from the likes of The Lord of the Rings and Prince Valiant! In many ways these last few days have been adventurous – but also heart-breakingly sad and devastating for many.

Currently the news is filled with stories of people in Brisbane who are selflessly giving of their time and energy to lend a hand to those most hard hit by the recent flooding of the city. I find these stories to be quite inspiring. In most cases people are helping total strangers. 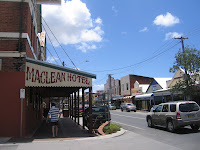 As Brisbane and other areas begin to clean-up, here in Maclean the flood waters have receded enough to be able to reach the Pacific Highway and travel south to Grafton. As a result, I'll be able to catch a bus tonight in Grafton for Port Macquarie.

The end to the "siege" here in Maclean has also allowed my friends, the newly-weds Jeremiah and Kristy, to drive from Tweed Heads to Maclean, where they plan to make their home. They arrived just as Jeremiah's mum Bernie and siblings Raph, Ig and Mim, and I returned from a delightful afternoon at Brooms Head. 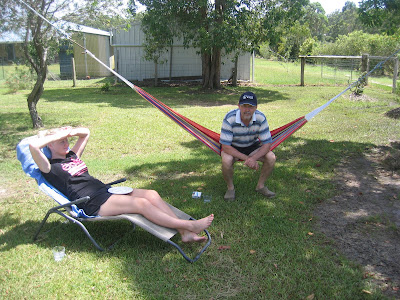 Above: Mim and her dad Mike relaxing earlier this morning. 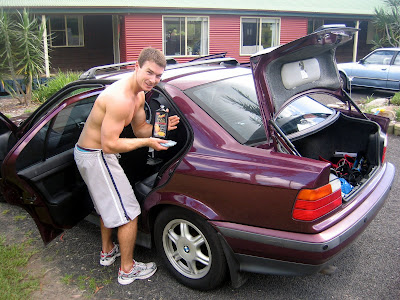 Above: Raph, getting ready to return to Queensland's Sunshine Coast. 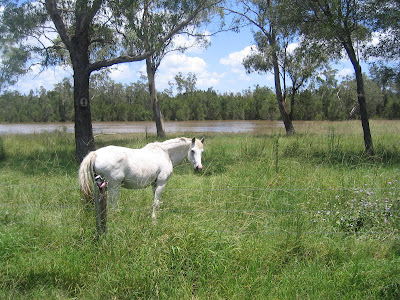 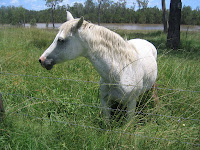 At around lunch time today, Mike and I drove into Maclean to do some errands. On the way back I asked if we could stop so I could photograph a horse I'd notice a number of times over the past few days. I thought a shot of it with the flood waters in the background would make a good picture.

As it turned out, this particular horse was very friendly, and as soon as I began approaching the paddock it was in, it came right up to the fence and let me pat her! It was a nice moment. 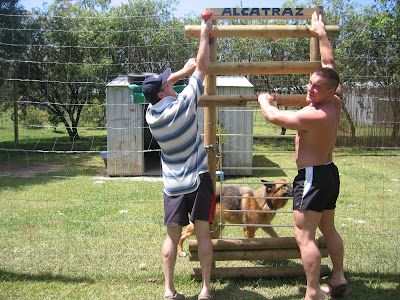 Above: Mike and Ig put up the sign I made for the compound
that houses Jeremiah and Kristy's two dogs – Asher and Abby. 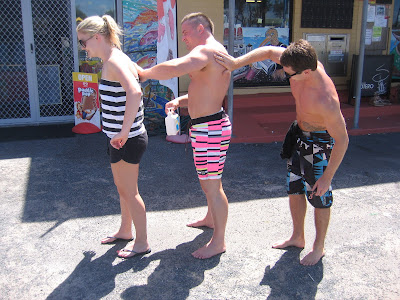 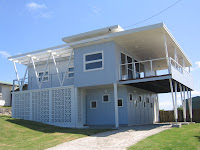 Above: Mim, Ig and Raph applying sunscreen to each other at Brooms Head. I later experienced a wonderful Gaytime in the shop behind them!

Right: I would love to have a home just like this one somewhere on the Australian coast! Mind you, I'd have a bit more of a garden around it. 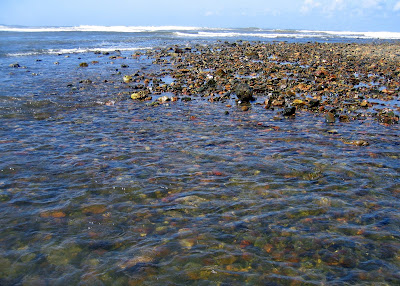 Above and below: Views of the ocean at Brooms Head. 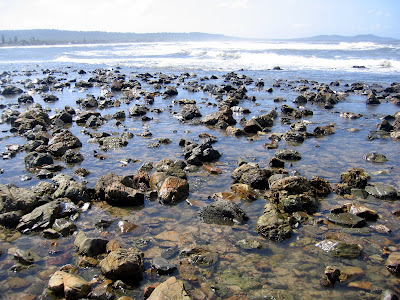 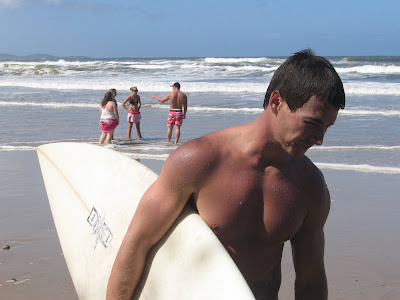 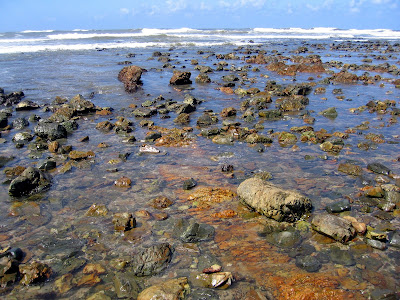 Above: Aren't the colours something? 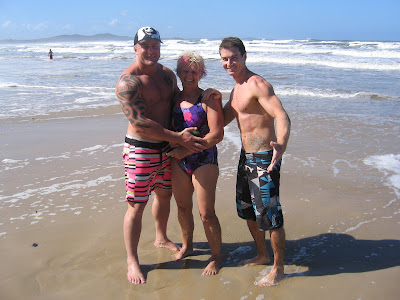 Above: Ig, Bernie and Raph on the beach at Brooms Head. 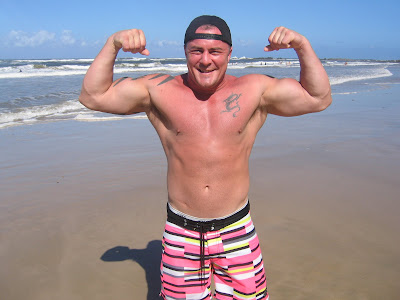 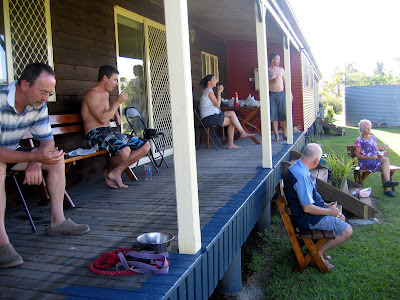 Above: Relaxing back at home. 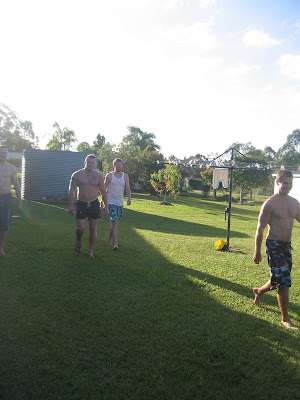 Above: Playing bocce with the boys! 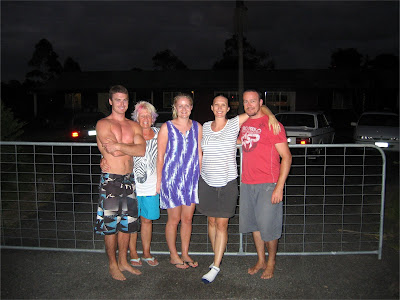 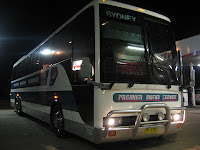 9:30 p.m. – The air in Grafton is quite fetid, which I guess is to be expected given the extent of flooding the town has experienced in the past few days.

Mike and his brother Bartley drove me here from Maclean earlier this evening after a pleasant last afternoon in Maclean with the McGowan family. The thing I remember most about the drive? The incredible number of bugs flying around in the car headlights. Again, a consequence of the recent flooding.

I'm looking forward to returning to my parents in Port Macquarie, but I'm also aware that it's been a very special time that I've shared with the McGowans "flooded-in" in Maclean. As Raph noted, it's a "bittersweet" parting for us all. Still, life goes on and there's much for me to do in these next few weeks before my return to the U.S. on February 8. 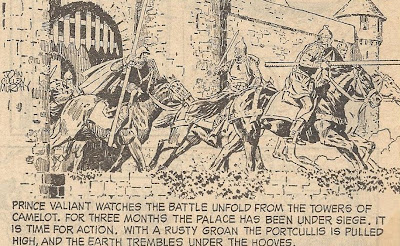