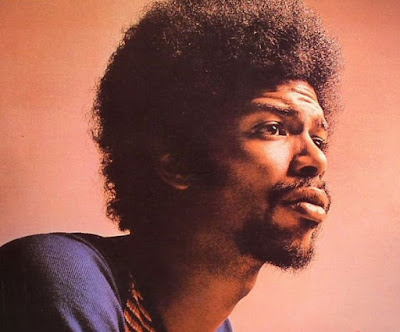 In a moving piece in The Guardian of London, publisher Jamie Byng pays tribute to the "godfather of rap," Gil Scott-Heron, who died May 27 in New York City.

I'll share an excerpt from Byng's piece shortly, but first a little something from another Guardian article on the death of the Scott-Heron, one written by David Sharrock who reminds us how in the 1970s and '80s, Scott-Heron's spoken word recordings "helped shape the emerging hip-hop culture." Indeed, "generations of rappers cite his work as an influence." Continues Sharrock: : 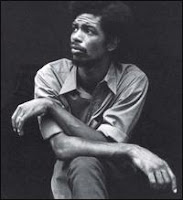 He was known as the Godfather of Rap but disapproved of the title, preferring to describe what he did as "bluesology" – a fusion of poetry, soul, blues and jazz, all shot through with a piercing social conscience and strong political messages, tackling issues such as apartheid and nuclear arms.

"If there was any individual initiative that I was responsible for it might have been that there was music in certain poems of mine, with complete progression and repeating 'hooks', which made them more like songs than just recitations with percussion," Scott-Heron wrote in the introduction to his 1990 Now and Then collection of poems.

He was best known for "The Revolution Will Not Be Televised," the critically acclaimed recording from his first album Small Talk at 125th and Lenox, and for his collaborations with jazz/funk pianist and flautist Brian Jackson. 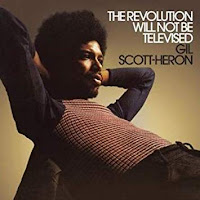 In "The Revolution Will Not Be Televised," first recorded in 1970, he issued a fierce critique of the role of race in the mass media and advertising age. "The revolution will not be right back after a message about a white tornado, white lightning or white people," he sang.

. . . Scott-Heron's 2010 album, I'm New Here, was his first new studio release in 16 years and was hailed by critics. The album's first song, "On Coming From a Broken Home," is an ode to his maternal grandmother, Lillie, who raised him in Jackson, Tennessee, until her death when he was 13. He moved to New York after that. 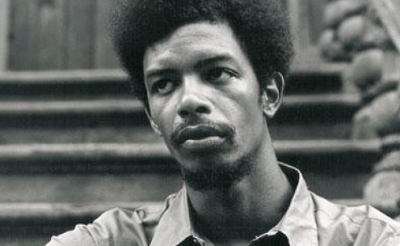 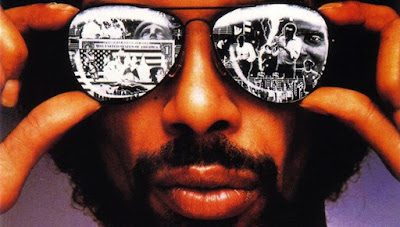 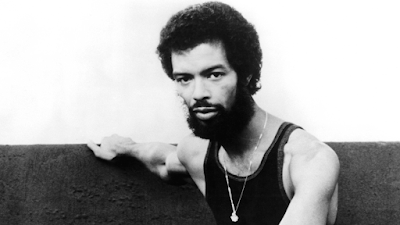 Following, with added images and links, are excerpts from Jamie Byng's tribute to Scott-Heron, "My Brave and Brilliant Friend." 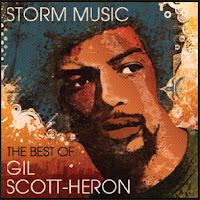 . . . At one point in [our 2010] interview, Gil says: "If someone comes to you and asks for help, and you can help them, you're supposed to help them. Why wouldn't you? You have been put in the position somehow to be able to help this person." That undeniable truth and his simple expression of the importance of taking care of those around you who need help and ask for help was not some empty statement. Gil lived by this creed and throughout a magnificent musical career, he helped people again and again, with his willingness and ability to articulate deep truths, through his eloquent attacks on injustices and by his enormous compassion for people's pain. 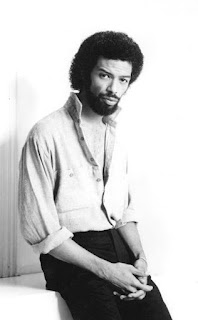 . . . Hundreds of thousands of people saw Gil perform live over the decades, always with remarkable bands, and few came away untouched by his magnetism, humility, biting wit and warmth of spirit. He was the most generous of bandleaders, inspiring great loyalty and love in his fellow musicians, infecting everybody on and off stage with his singularity of vision, his charismatic personality, his moral beauty and his willingness to take his fellow travellers through the full range of emotions.

Just listen to "Work for Peace," from his penultimate album Spirits, to be reminded of just how consistently relevant and incredibly sharp his vision was and will remain. If you want to relive the joy and empathy he felt towards people and music, just play "Lady Day and John Coltrane." If you want to hear again his railing against social injustice, replay "Johannesburg." Who else was decrying and condemning apartheid in 1974? If you want to remember his lyrical genius and profound understanding of his own country's tragic and troubled history, then Winter in America is essential listening. If you want to appreciate his withering assessment of the perpetually bankrupt politics of Republicanism, then listen to the "H2O Gate Blues" or "B Movie," two remarkably prescient records that not only put Nixon and Reagan in the dock and found them guilty as charged, but do so with dark humour and wickedly barbed putdowns that few people can match. "B Movie," like his top 10 hit "The Bottle," also manages to be a very heavy dance groove to which I have seen whole dance floors erupt. 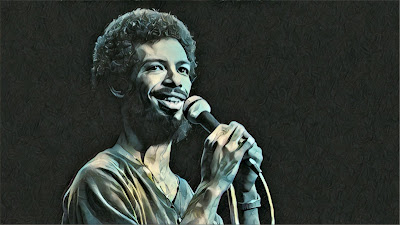 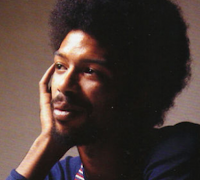 "Pieces of a Man," "New York is Killing Me," "We Almost Lost Detroit," "The Revolution Will Not Be Televised," "We Beg Your Pardon, America," "Ain't No Such Thing as Superman," "Jose Campos Torres," "I Think I'll Call it Morning," "Whitey on the Moon," "New York City," "Is That Jazz?" . . . the range and quality of the Gil Scott-Heron songbook will only come to be fully appreciated over the years to come. 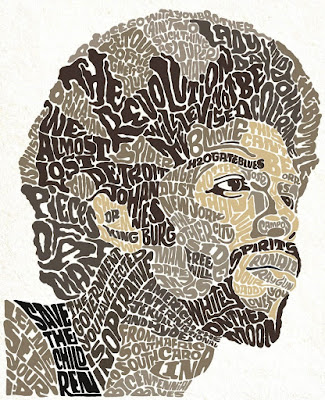 If one good thing comes out of his death, it might be that it sends people back to his music quicker than they might otherwise have gone and his body of work will be properly assessed, enjoyed and shared.

I'm gonna take the song from every bird
and make 'em sing it just for me, yeah.
Bird's got something to teach us all
about being free, yeah.
Be no rain.
Be no rain. 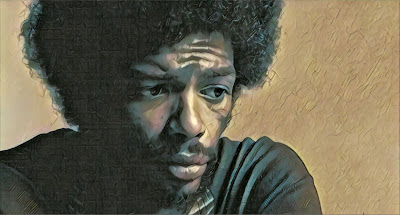 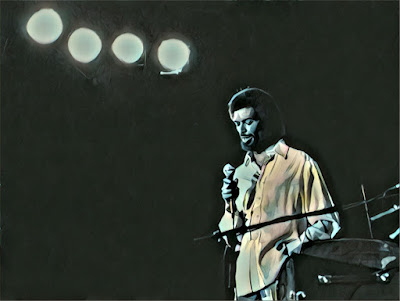 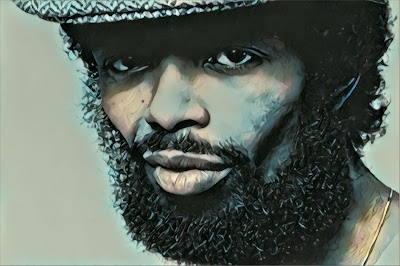 What an excellent tribute you have given here Michael. Well Done!

Very nice, Michael. Thanks for posting. Brave and Brilliant he was....gone but not forgotten. Terribly sad that he left us so early, particularly after his most recent release in 2010; a fine piece of work. RIP, Gil.

I am grateful to the universe to have had the spirit and soul of Gil Scott-Heron for as long as we did. As long as we speak his name he will never be forgotten. Whenever, I hear your voice, your music my heart smiles. I LOVE YOU and welcome your spirit as I meditate and pray. I will see you next lifetime.