In St. Cloud, A Prayer Vigil for Peace, Justice, Hope and Healing 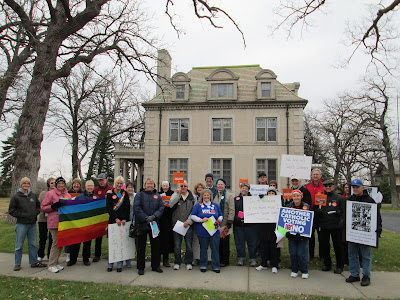 Earlier today I participated in a prayer vigil outside the chancery of Minnesota's St. Cloud Diocese. Organized by area Catholics, the vigil was billed as a "loving, peaceful and respectful" gathering. Close to 30 people were in attendance. 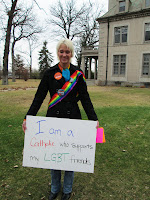 The purpose of the vigil was to pray for peace, justice, hope, and healing around the divisive 'marriage amendment.' The Prayer of St. Francis, which was prayed out loud a number of times, reflected well the purpose of the event and the intent of those who gathered.

I felt good to be part of this gathering, and I was heartened by the loving and hopeful energy of all who gathered. My friend Kelly (left) did a beautiful job organizing today's vigil, along with a number of previous events in St. Cloud, all of which focused on why as Catholics we can oppose the 'marriage amendment.' 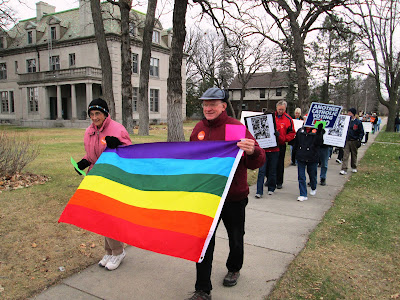 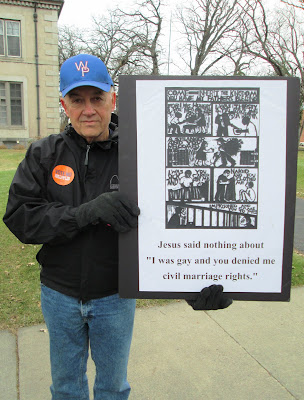 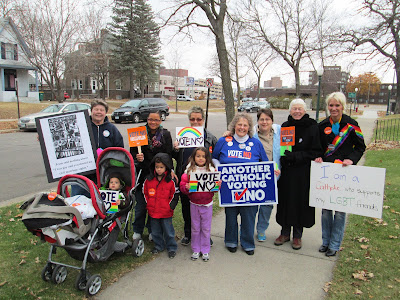 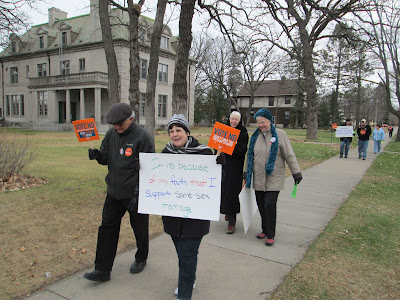 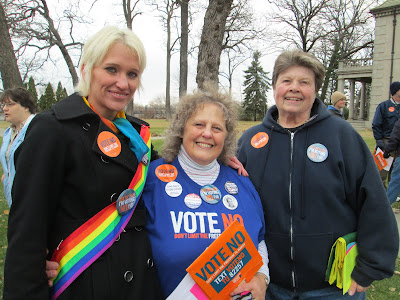 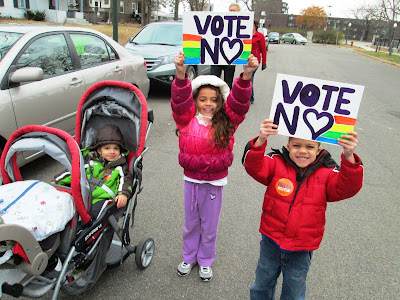 See also the previous Wild Reed posts:
Palm Sunday at the Chancery
The Minneapolis (and Online) Premiere of Catholics for Marriage Equality
Tips on Speaking as a Catholic in Support of Marriage Equality
A Catholic Rationale for Opposing the 'Marriage Amendment'
Into the Fray
In the Eye of the Storm, A Tree of Living Flame