Acknowledging, Celebrating, and Learning from Marriage Equality's 'Triumphs of Faith' 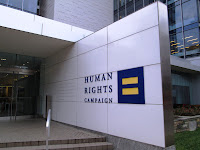 I mentioned in a previous post that pro-marriage equality Christian and Jewish faith leaders from Maine, Maryland, North Carolina, Minnesota and Washington gathered December 3-4 at the Washington, DC headquarters of the Human Rights Campaign.

Here we acknowledged and celebrated recent advances in marriage equality in our respective states – advances in which people of faith and religious organizations played key roles. As Sharon Groves, Director of HRC's Religion and Faith Program, reminded us, "The faith work in all the states was the 'win work' in all the states."

We also shared what worked best in our respective campaigns, and strategized and planned for further nationwide advances in the journey toward full equality for LGBT individuals, couples and families. It was a very inspiring event, and one I was honored to be part of as Executive Coordinator of Catholics for Marriage Equality MN.

Following are some images of my time at HRC's "Triumphs of Faith Five State Debrief," an event that afforded me the privilege to meet and work with some of the truly great U.S. religious leaders of our time. 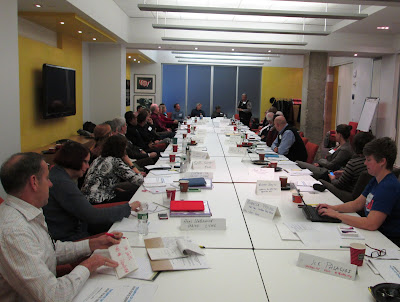 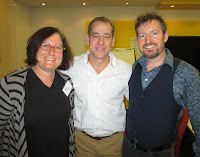 Right: With friends Adele Brown and Jim Smith. Adele is lead organizer with the Jewish Community Action in Minnesota, while Jim is a fellow board member of Catholics for Marriage Equality MN and the Program Director for DignityUSA. 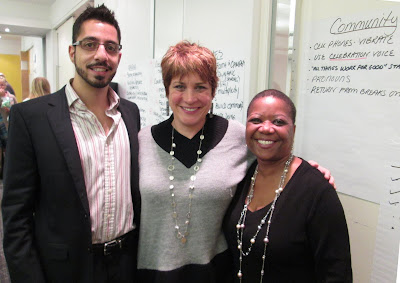 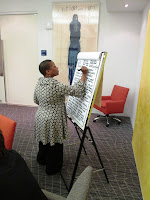 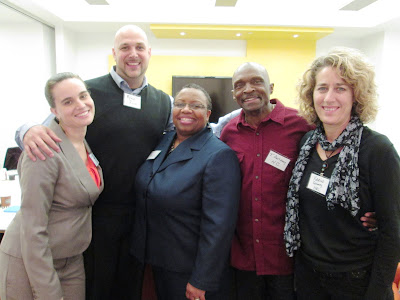 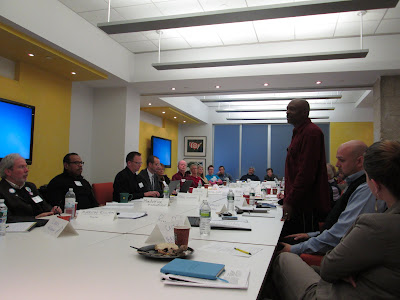 Above: Rev. Dr. T. Anthony Spearman at the HRC debriefing. 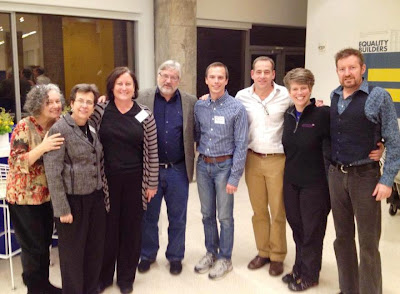 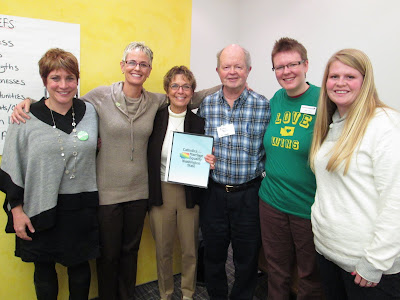 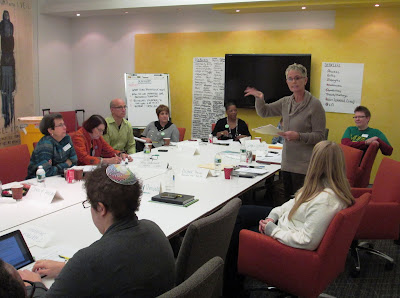 Above: Rev. Dedra Peevy of Catholics for Marriage Equality WA. 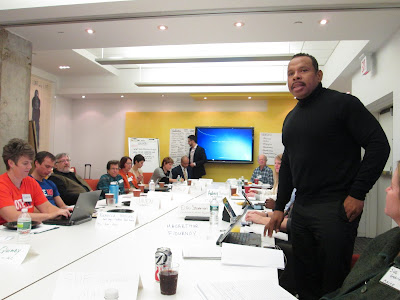 Above: Rev. MacArthur H. Flournoy, theologian, author, preacher, and Deputy Director of the Religion and Faith Program for the Human Rights Campaign. 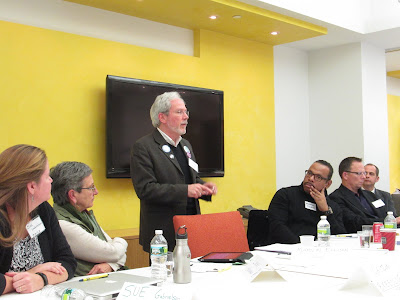 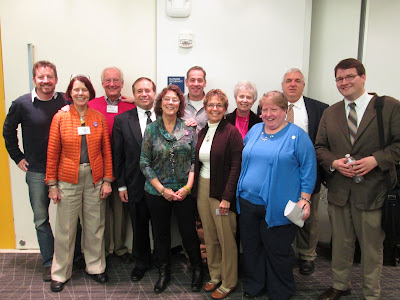 As I noted at the beginning of this post, people of faith played a critically important role in the recent advances in marriage equality. And included among these 'people of faith' are many Catholics! 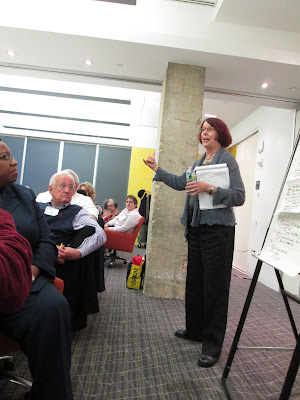 Above: Anne Underwood, Co-Founder of Catholics for Marriage Equality - Maine. 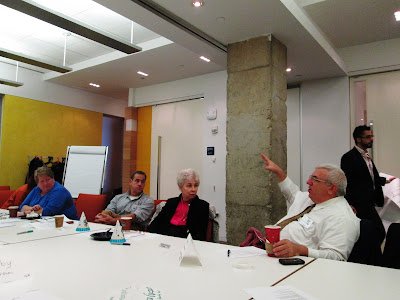 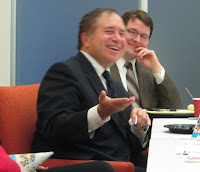 Left: Dr. Joseph Palacios of Georgetown University, co-founder of Catholics for Equality, sociologist of religion, and author of The Catholic Social Imagination: Activism and the Just Society in Mexico and the U.S. Sitting behind Joseph is Chris Pumpelly, Communications and Development Director of Catholics United. 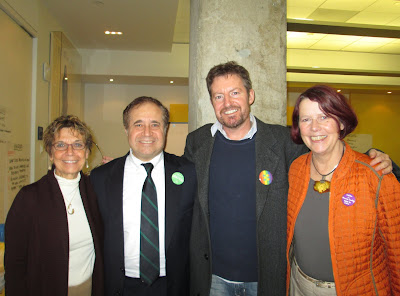 Above: Standing with (from left) Barbara Guzzo, Joseph Palacios and Anne Underwood. 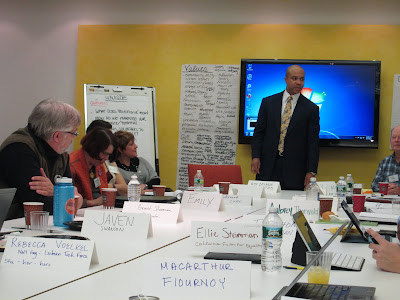 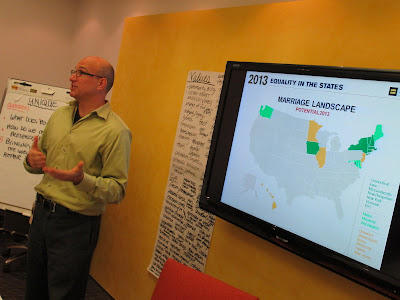 Above: Marty Rouse, the National Field Director for the Human Rights Campaign. 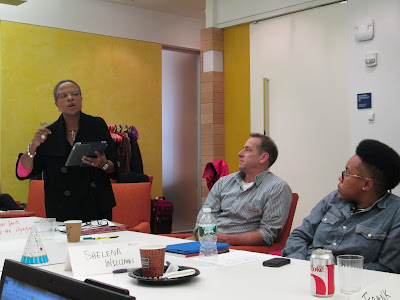 Above: Bishop Yvette Flunder, Presiding Bishop of the Fellowship of Affirming Ministries, a multi-denominational fellowship of Pastors and Christian leaders representing 100+ churches and faith-based organizations. 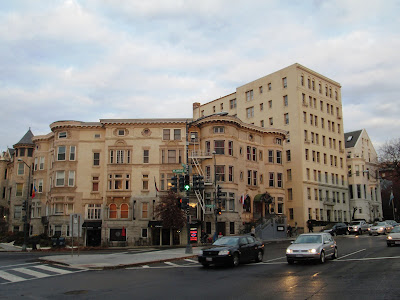 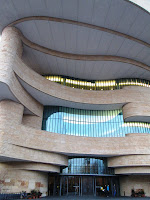 I have to thank my friends David and Thew for taking such good care of me while I was in Washington, D.C. Thew vacated his beautiful Dupont Circle apartment (in the tallest building pictured above) so that I could have the place to myself. David, meanwhile, wrote up detailed directions that made my navigating of the city both fun and easy! Thanks, guys!

One place I visited while in D.C. was the National Museum of the American Indian (left). For images and commentary on this visit, click here.

See also the previous Wild Reed posts:
O Happy Day
Quote of the Day – December 9, 2012
Quote of the Day – November 19, 2012
Something to Celebrate!
Both 'Marriage Amendment' AND 'Voter Photo ID Amendment' Rejected by Minnesota Voters
In Maine and Maryland, History is Made
In the Eye of the Storm, A Tree of Living Flame
Into the Fray
The Minneapolis (and Online) Premiere of Catholics for Marriage Equality