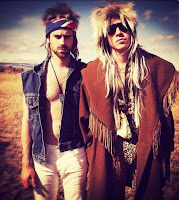 This evening for 'music night' at The Wild Reed I share the music video for the song "Same Love," as featured on The Heist, the debut album from Macklemore & Ryan Lewis.

Featuring guest vocalist Mary Lambert, "Same Love" was penned by the Catholic-raised Macklemore in support of marriage equality. Here is part of what Macklemore (standing right in the picture at left) has to say about the writing of "Same Love."


This song, which I wrote in April [2012], is a response to what I have observed and experienced, and is also an act of personal accountability. It was not easy to write, and I struggled with how I, as a straight male, could genuinely speak upon this issue.

Initially, I tried writing from the perspective of a gay, bullied kid, but after getting some feedback, I felt it wasn’t my story to tell. What I do know, and where I wrote from, is my own perspective growing up in a culture where “that’s gay” was commonplace, with a huge stigma on those who identified and were perceived as gay.

Growing up in the Catholic Church, I saw first-hand how easily religion became a platform for hate and prejudice. Those who “believed” were excused from their own judgments, bypassing the stark issue of basic civil rights.

But, more influential to me as a kid than the church was hip hop, my cultural foundation that influenced my worldview.

Unfortunately, intolerance of the gay community in hip hop is widespread. The best rappers will use homophobic language on albums that critics rave about, making hip hop and homophobia inextricably linked. We have sidestepped the issue entirely, become numb to the language that we use, and are increasingly blinded to our own prejudice.

The consequence and impact of what we say, and the culture of shame and abuse it creates, has very real, sometimes deadly impacts upon LGBTQ young people looking for acceptance and belonging.

As somebody that believes in equal rights for all humans, you can only watch poison regurgitated for so long.

. . . More than anything, I am aware of how comfortable I (and many other straight people) have become in staying silent on this issue. If we choose to not speak on an issue of injustice out of fear, or how our peers might perceive us, we’re part of the problem. We know the truth, and vainly refuse to uphold it, when people’s lives are caught in the balance.

In the last couple of months, amazing things have happened that show progress and accountability to ensure that the LGBTQ community has the same rights and respect as everyone else. The President of the United States came out in support of gay marriage. Jay-Z, arguably the biggest rapper in the world, then followed. Finally, Frank Ocean felt comfortable enough with himself to share his sexuality in his music and came out last week. That is courage. 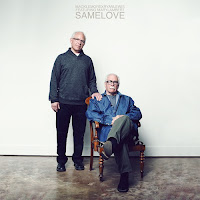 This song is a humble submission to help bring this conversation to the surface, so that we can reflect on the language we use, and how powerful it can be. Rethinking, and understanding the gravity of how we communicate with each other. Change happens when dialogue happens. When we confront our prejudice and are honest with ourselves, there is room for growth, and there is room for justice.


You may recall that last month Michigan teacher Susan Johnson was suspended for allowing one of her students to play "Same Love" in class. The incident elicited the following response from Macklemore.

This incident is just one of tens of thousands that have happened across the country where schools have exposed a latent homophobia, preventing safe space for all young people to feel confident in being themselves. It’s clear that Ms. Johnson felt bullying and 'gay bashing' were issues that needed to be addressed, and by doing so, was punished.

It’s discouraging that a song about love and civil rights has led to a teacher getting suspended from her job. But that’s where we are at. For those of us who get a pit in our stomach when reading a story like this, it just makes it abundantly clear there is far more work to be done.

Johnson later had her suspension reversed after an outcry from the American Civil Liberties Union and a number of community members. 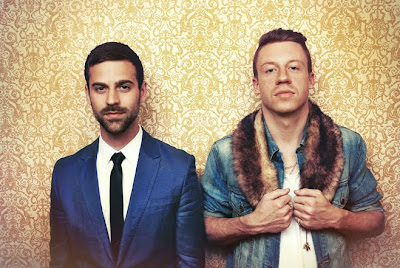 Above: Ryan Lewis (left) and Macklemore.

See also the previous Wild Reed posts:
The Same People
Marriage: "Part of What is Best in Human Nature"
From Australia, "Possibly the Most Beautiful Ad for Marriage Equality"
Lanae Erickson on Taking a Lesson from Down Under
Dr. Erik Steele and the "Naked Truth on Same-Sex Marriage"
Quote of the Day – July 7, 2012)
Homophobia? It's So Gay

My kids shared this with me some months ago -- lovely and moving.