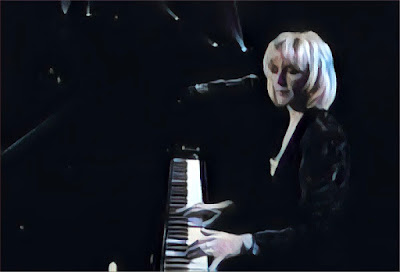 I’m definitely not a pessimist.
I’m basically a love-song writer. 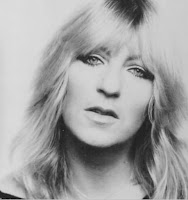 Sad news today from the United Kingdom: Christine McVie, the singer/songwriter described by Rolling Stone magazine as “the beating heart of [the band] Fleetwood Mac,” died in a London hospital this morning. She was 79. A statement by McVie’s family said she “died after a short illess . . . in the company of her family.”

The statement goes on to say: “We kindly ask that you respect the family’s privacy at this extremely painful time and we would like everyone to keep Christine in their hearts and remember the life of an incredible human being, and revered musician who was loved universally.” 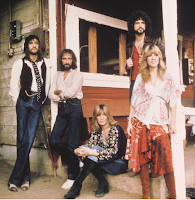 McVie composed some of Fleetwood Mac’s biggest and most recognizable hits – “Don’t Stop,” “Hold Me,” “Little Lies,” “Everywhere,” and “You Make Loving Fun.” In remembering the life and music of McVie, Rolling Stone notes that Fleetwood Mac was a band that “came undone more times than most, but through it all, [McVie] was a steady, brilliant presence that kept the group rooted in their purpose.”

I grew up in Australia during the height of Fleetwood Mac’s international popularity – 1975-1987. The band’s music was very much part of the soundtrack of my life as an adolescent and young adult, with their song “Seven Wonders” being especally important to me in 1987.

At that time I was especially drawn to Stevie Nicks (pictured at left with McVie) and the contributions she made to the band (“Dreams,” “Sara,” “Angel,” “Gypsy,” “Seven Wonders,” “Affairs of the Heart”). Yet as I’ve gotten older, it’s been the contributions to Fleetwood Mac by Christine McVie that I’ve found myself drawn to.

Whereas Nicks’ songs were dark, mysterious, and often emphasized lost love and missed opportunities (things that very much resonated with me as a closeted young gay man), McVie’s songs, perceptively described by one writer as “peaceful and stormy at the same time,” consistently exude positivity and an empowering level of self-awareness on everything from the joys of love to the need to move on from a deceiving partner. 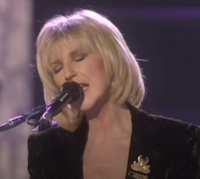 Little wonder then that, as a mature gay man, I appreciate and resonate with the following observation by music critic Jonathan Bernstein.

One of McVie’s gifts was her ability to write and sing about romantic yearning without ever sounding desperate or pitiful; even when she was grappling with love, she retained her dignity.

An example of this is “Save Me,” from the 1990 Fleetwood Mac album, Behind the Mask. It also happens to be one of my favorite Fleetwood Mac songs penned by McVie and featuring her on lead vocals.


Following is a brief Rolling Stone-penned bio of Christine McVie. 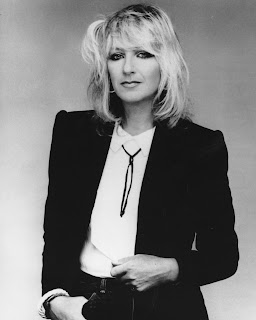 Born Christine Perfect, the English singer-songwriter began building a long and varied career in the mid-Sixties, when she began performing around Britain’s blues scene. She would join the band Chicken Shack but inevitably leave after marrying Fleetwood Mac bassist John McVie and joining his band. The rest was much more than history: What McVie created with several incarnations of the group’s line-up would go on to change rock and pop history.

Though her start was in the blues, McVie became most notable for her rich grasp of pop melodies and hooks. She would help translate the band’s Seventies rock sound into slick Eighties synths, keeping the best-sellers at the top for longer than anyone may have anticipated. 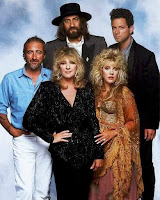 Though she retired in 1998, McVie couldn’t stay away from music long. In her final years, she toured again with the band’s classic line-up [Mick Fleetwood, John McVie, Christine McVie, Lindsey Buckingham, and Stevie Nicks]. Her last album, released in 2017, was made as a duo with Lindsey Buckingham (along with contributions from Mick Fleetwood and John McVie). It turned out to be a true testament to her enduring, unwavering talent on all fronts. 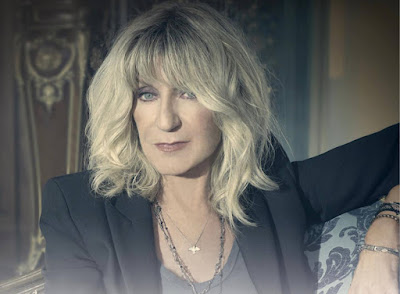 NEXT:
Rob Sheffield Pays Tribute to the
“Peaceful and Stormy at the Same Time” Songs
of Christine McVie