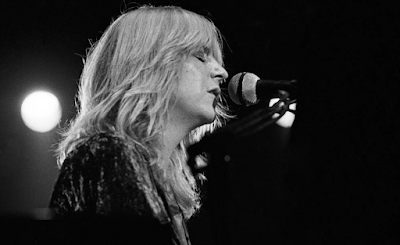 Rob Sheffield of Rolling Stone magazine has written a heartfelt and insightful appreciation of the life and music of Christine McVie, who died last Wednesday, November 30.

Following, with added images and links, are excerpts from Sheffield’s tribute that particularly caught my attention. 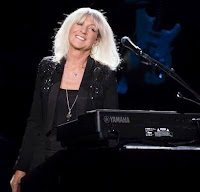 Christine McVie always came on like the grown-up in the room, which admittedly might not be hard to do when the room is Fleetwood Mac. But McVie was the emotional glue in a band that has spent the past 50 years breaking up over and over, the most stable, sensible, down-to-earth member of rock’s most unstable, senseless, lost-in-space circus. The universally beloved piano woman who wrote great song after great song, the one all the others got along with. Christine kept singing like the songbird who knew the score, and that’s because she always did. 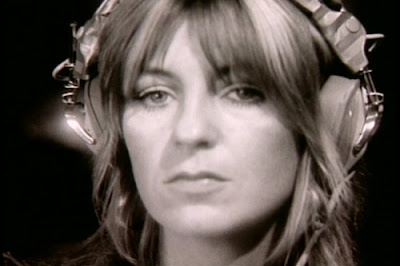 That’s why the world is in shock and grief at the news of McVie’s death on Wednesday, which comes out of the blue. As she told Rolling Stone’s Andy Greene earlier this year, “I was supposedly like the Mother Teresa who would hang out with everybody or just try and [keep] everything nice and cool and relaxed.” Yet she admitted, “Even though I am quite a peaceful person, I did enjoy that storm. Although it’s said that we fought a lot, we actually did spend a lot of our time laughing.”

That spirit came out in her songs – peaceful and stormy at the same time. She wrote so many of the Mac’s classics, focused on her husky, intimate voice and piano. “Say You Love Me,” “Over My Head,” “Oh Daddy,” “Little Lies,” “Why” – she sang in the voice of a world-weary adult romantic, a woman who’s gotten burned and knows better, except she can’t talk herself out of falling, falling, falling again. These were always shocking songs to hear on the radio, but they’ve just grown over the years. 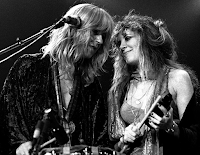 Christine and [fellow band member] Stevie Nicks had a unique chemistry — two singer-songwriters, two frontwomen, in the extremely male world of Seventies L.A. rock. Stevie always gave McVie the credit for making it possible. As she told me in 2019, “Christine and I made a pact the day I joined Fleetwood Mac. She and I said, ‘We will never be treated like second-class citizens. We will never be not allowed to hang out in a room full of intelligent, crazy rock & roll stars, because we’re just as crazy and just as intelligent as they are.’ We just made that promise to each other that we would do everything we could do for women, that we would fight for everything that we wanted and get it. That our songs and our music would be equally as good as all the men surrounding us. And it was.”

They always had a big sister/little sister rapport, with Christine as the world-weary elder smiling indulgently on her more impulsive, flighty sidekick – the Jane Russell to Stevie’s Marilyn Monroe. That sisterhood set the Mac apart from their Hotel California peers. “If I had been the only girl in Fleetwood Mac, it would have been very different,” Nicks said. “So I’m really glad I joined a band that happened to have another woman in it. At the beginning, people said, ‘Does Christine want another girl in the band?’ And I said, ‘I hope she does. When she meets me, I hope she likes me.’ She did really like me – we got Mexican food and we laughed and looked at each other and went, ‘This is going to be great.’” 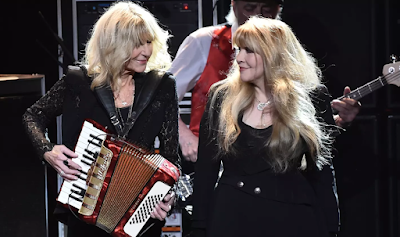 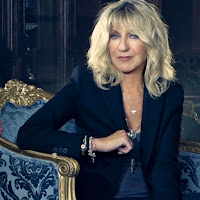 . . . Characteristically, McVie was discreet and private about her final illness. Speaking to Rolling Stone this year, she casually revealed the band members weren’t in touch anymore, and had essentially split up yet again. “I don’t feel physically up for it,” she says. “I’m in quite bad health. I’ve got a chronic back problem which debilitates me.” When asked about her goals, she replied, “Stay alive, hopefully. Well, I’ll be 80 next year. So, I’m just hoping for a few more years, and we’ll see what happens.”

We didn’t get those extra years of Christine McVie. But she scattered so many great songs across so many albums – some classic hits, others obscure cult faves – that you can spend years catching up with her greatness. These are songs that people will always sing to themselves on those lonely late-night bluesy moments that Christine McVie always knew how to capture. 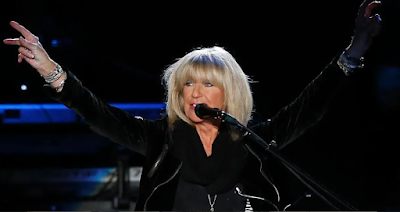 The official music video features the four remaining members of Fleetwood Mac playing the song on top of a building in Hollywood. It was the last music video recorded with this line-up. The highest chart placement for “Love Shines” was in Germany, where it reached number 51. Given this, I view it as one of those "obscure cult faves" that Rob Sheffield writes about. I love the way Christine playfully interacts with her bandmates – Mick Fleetwood, Billy Burnette, and former husband John McVie. It's all so relaxed, smooth . . . and, well, ever-so Christine McVie! 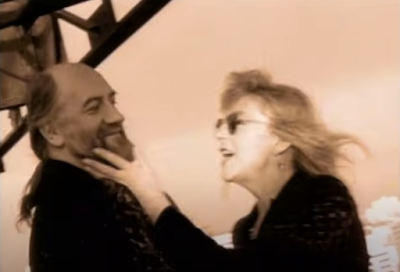 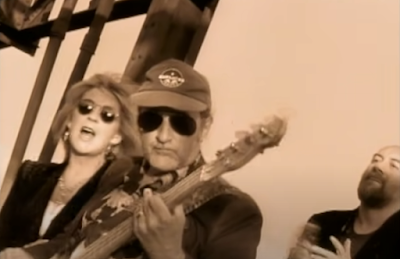 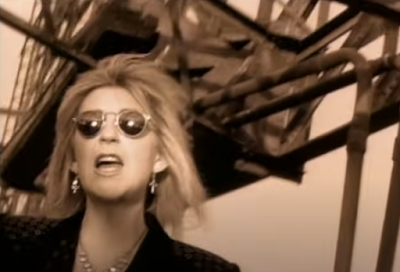 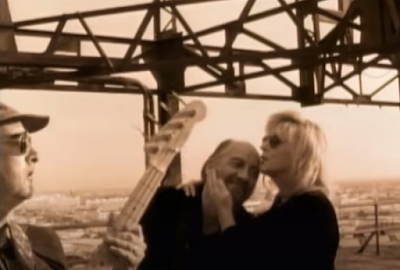 I hope you enjoy the song and its music video as much as I do.

Love shines when I think of you
You make it happen
You make it true (love shines)
Love shines, there can be no doubt
What this feeling is all about

After all the reckoning
After all the promises
All the darkness in my heart
Has gone away
Gone away
So on and on, it will always be
Rhythm, rhyme, and harmony 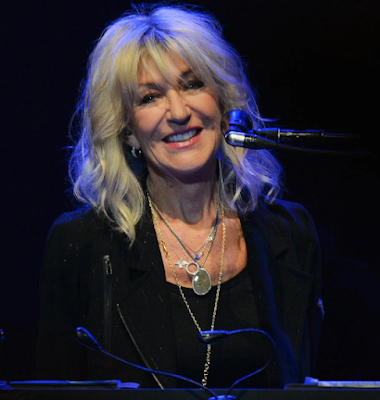