I called my other home last night to wish my Mum a “Happy Mother’s Day!” It was already Sunday in Australia when I phoned, and my younger brother and his family were with my parents at their place in Port Macquarie having lunch. It was raining heavily, they told me; a cold hard rain, heralding the approaching winter in the Great South Land – which is strange to contemplate given the warm spring weather and the bursting forth of new life here in Minnesota.

Anyway, being that it’s Mother’s Day I thought I’d share the following by Australian poet and artist Michael Leunig. With love and gratitude I dedicate this particular poem to my Mum and to all who engage in the art of mothering, be they biological mothers, foster mothers, step-mothers, grandmothers, lesbian mothers, straight mothers, gay dads, straight dads, teachers, artists, activists, peacemakers, community organizers . . . anyone and everyone who has ever brought forth and nurtured, in one way or another, life and love into the world.

God be with the mother.
As she carried her child may she carry her soul.
As her child was born, may she give birth and life
and form to her own, higher truth.
As she nourished and protected her child,
may she nourish and protect
her inner life and her independence.
For her soul shall be her most
painful birth, her most difficult child,
and the dearest sister to her other children.

Leunig is a crucial prophet of our time . . . [He] identifies our plight. . . . Leunig’s genius is to leapfrog over the carping protests of the narrow rational mind by using images that speak directly to the soul, the spirit, the psyche, and the heart – all those wider capacities of knowing that we have been taught to distrust, and are missing like homesick children. He has co-opted the language of dreams, using cartoon images and puns that sidestep our scientific skepticism to spring straight into the unconscious. . . .

Leunig, suggests Jones, believes in the soul, that inner dimension, with all its turmoil, from which comes love, the creative spark, art, and the very will to live.

He knows that being in touch with [one’s soul, one’s inner dimension] leads to a better relationship with the world around him. He feels that great misery and loneliness result when we he loses touch with his soul. Leunig reckons that whether a person calls this inner life by the name of spirit, soul, or God, he wants its vitality, depth, and guidance. He wants to nourish and strengthen it, and as he does so his life takes on an increased sense of meaning.

Leunig dares to hurl such outmoded concepts as these into the secular climate of today’s Australia and he goes on to claim that the personal act of communicating with the soul – or neglecting to do so – is also a social and political act because it affects so many people who may be connected to the searcher. 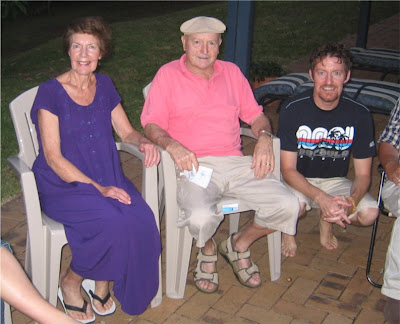