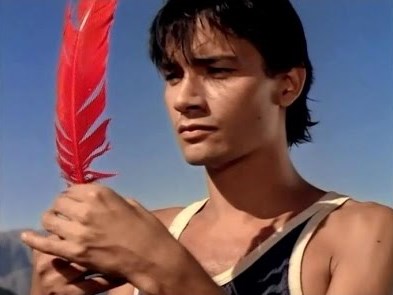 With Friday evenings generally being “music night” here at the Wild Reed, I present tonight Pink Floyd’s 1987 hit song, “Learning to Fly” - a song that could easily serve as a coming out anthem, addressing, as it does, all the trepidation, risk, and liberation that such a journey entails.

The video that accompanies this particular song works in a similar way, and reminds me Guillaume Apollinaire’s famous quote:


“Learning to Fly” is from Pink Floyd’s A Momentary Lapse of Reason album and was primarily written by David Gilmour. According to Wikipedia, the song “describes [Gilmour's] thoughts on flying, for which he has a passion, although some listeners and musical commentators have interpreted it as a metaphor for beginning something new, experiencing a radical change of life, or, more specifically, Gilmour’s feelings about striking out as the new leader of Pink Floyd after Roger Waters’ departure.” 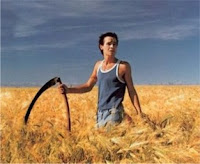 The music video was filmed in Canada, 50 to 75 km west of the City of Calgary, Alberta during rehearsals for the band’s 1987-89 tour, and directed by Storm Thorgerson. The video combines performances of the band with a young Native American working in a field who, inspired by the sight of a low flying aircraft, journeys to a mountain where he runs and jumps off the edge of a cliff. The video implies that he turns into an eagle. The original video [which can be viewed here] also depicts a factory worker who turns into an aeroplane pilot, as well as a child who breaks free from his mother and dives off a cliff into a deep river, swimming away. The video went to #9 on MTV’s Video Countdown in November 1987 and was the #60th best video of MTV’s Top 100 Videos of 1987. The video also won the band its only Video Music Award for Best Conceptual Video in 1988. The yellow aircraft shown in this video is likely a Piper Cub. The red/orange airplane is a Beech Model 17 Staggerwing.

And so, without further ado, here’s Pink Floyd and “Learning to Fly.” Enjoy (the flight!).

Into the distance, a ribbon of black
Stretched to the point of no turning back
A flight of fancy on a windswept field
Standing alone my senses reel
A fatal attraction is holding me fast
How can I escape this irresistible grasp?

Ice is forming on the tips of my wings
Unheeded warnings, I thought I thought of everything
No navigator to find my way home
Unladened, empty and turned to stone
A soul in tension that’s learning to fly
Condition grounded but determined to try

Above the planet on a wing and a prayer,
My grubby halo, a vapour trail in the empty air,
Across the clouds I see my shadow fly
Out of the corner of my watering eye
A dream unthreatened by the morning light
Could blow this soul right through the roof of the night
There’s no sensation to compare with this
Suspended animation, a state of bliss 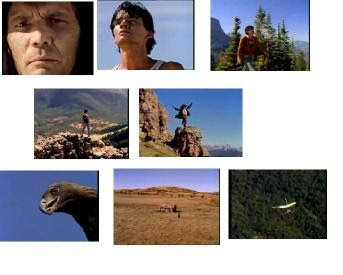 The best lines: "Can’t keep my eyes from the circling skies
Tongue-tied and twisted just an earth-bound misfit, I" The video is cheezy, but the sentiment apt.