Wall of Voodoo's "Far Side of Crazy" 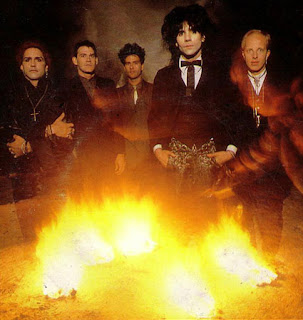 It’s Friday night and you know what that means at The Wild Reed . . . Yes, Music Night!

Let me start by saying that, yes, the lyrics of tonight’s highlighted song, Wall of Voodoo’s “Far Side of Crazy,” are rather disturbing (though, of course, that’s not really surprising given that they explore the twisted mind of John Hinckley, Jr.). Yet I also have to say that I’ve always found it, musically, a kick-ass song (and reminiscent of a cool 1960s spaghetti western soundtrack of Ennio Morricone!) And as for lead singer Andy Prieboy . . . well, he’s just as hot as mustard, in my humble opinion!

Notice too the creepy surrealness of the music video for “Far Side of Crazy.” Again, not surprising given the song’s lyrics. Actually, the video has an almost David Lynch-esque quality – what with the little old dancing lady toward the end and the presence of a rather sinister-looking clown throughout. 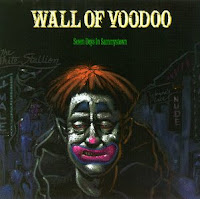 Although “Far Side of Crazy” (from Wall of Voodoo’s 1985 album, Seven Days in Sammystown) failed to chart in the U.S., it was very popular in Australia. I can remember it receiving extensive airplay during my college years in both Armidale (1984-86) and Canberra (1987). I even bought it as a 45 rpm! Remember those? Anyway, Wikipedia notes that the song is still heard today on the popular Austereo Triple M network.

So here for this evening’s Wild Reed Friday Night Music Spot is Wall of Voodoo with “Far Side of Crazy.” Enjoy! 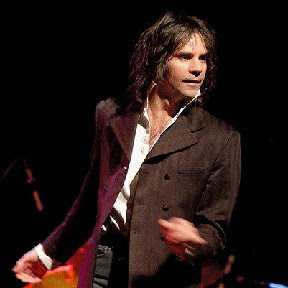 Hey,
I first heard about this song whilst watching Countdown (Australian music show) in 1986. The host Molly Meldrum played a short excerpt from the music video.
Like you, I also bought the 45rpm single not long after. I always liked this song, and it still sounds great today. I have it in my favourites collection playlist.
Because of the reference to Lennon in the lyrics, I thought it was about Mark Chapman, but there's also Hinckley as well.
The WikiPedia listing for this songs says the lyrics:

were in a poem that Hinckley wrote.
The lyrics are very well done; thanks Andy Prieboy.
His other big song in Australia was "Tomorrow Wendy" featuring Johnette Napolitano from Concrete Blonde. A different version appears on Concrete Blonde's album Bloodletting from 1990.
The original singer of Wall Of Voodoo, Stan Ridgway release a solo album called The Big Heat in 1986. Check it out.