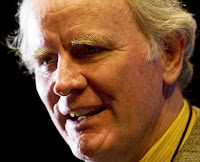 My housemate Brian has just finished reading Constantine’s Sword: The Church and the Jews by James Carroll (pictured at right). Leafing through this hefty tome the other day I spied a section entitled “A Call for Vatican III,” which, as you can imagine, immediately piqued my curiosity.

In this particular section (Part 8 of the book) Carroll discusses the “broad relevance of Catholic reform” and offers an “agenda for a New Reformation.” Agenda item 4 is the “Holiness of Democracy,” and in expounding on this particular idea Carroll surveys a number of Catholic views on truth.

In doing so, he discusses Jesuit philosopher William Lynch idea of the “univocal mind” – the “tendency to reduce everything, every difference and particularity in images, to the unity of a sameness which destroys or eliminates the variety and detail of existence.” In light of the recent censuring of the Catholic Coalition of Church Reform (CCCR) by the chancery of the Archdiocese of St. Paul-Minneapolis, this understanding of the “univocal mind” takes on special (and concrete) meaning for me.

I plan on sharing maybe two or three excerpts from Part 8 of Carroll’s Constantine’s Sword in a series of posts at The Wild Reed, with this post serving as the first installment.

Latin philosophy long answered [the] question [“What is truth?”] by appealing to an objective and external order. . . . [V]arious traditions claiming Plato and Aristotle as patrons had given hope to Christian theologies. The dualism of Christian Platonism posited a divide between nature and grace, with grace the realm of truth approachable only through faith. The more rationale tradition of Thomas Aquinas affirmed the compatibility of nature and grace, the knowability of God through reason. But in asserting the absolute character of truth, Thomas took note of the problem that occurs when a contingent, nature-based creature attempts to perceive it. Truth, he said, is perceived in the mode of the perceiver. Human perception can take in the absolute truth, but not absolutely. Thus Thomas makes a modest claim for human knowing, with room for ambiguity – which means room for diverse claims made in the name of truth. Alas, this aspect of Thomas Aquinas’s subtlety would be lost in the rigidities of the Catholic response to the Reformation.

René Descartes’s Discourse on Method (1637) asserted that truth can be arrived at only on the basis of what is immediately self-evident, which eliminates knowledge gained through the unreliable senses. Therefore it is impossible to really know the truth – an impossibility that condemns the human mind to skepticism. It is this skepticism that the Catholic scholastics of the eighteenth and nineteenth centuries went to war against, and through they wrapped themselves in the mantle of Thomas Aquinas, calling themselves Thomists, they narrowly defined truth as the unambiguous conformity of the mind to the objective truth, without any sense that ambiguity might be a property of that mind. Enlightenment science had adopted a mechanical view of the universe that eliminated God (Nietzsche’s Thus Spoke Zarathustra announced the death of God in 1883). Ironically, to defend God the Thomists assumed an equally mechanical view of the universe, with a gear-like correspondence between nature and grace, subject and object, mind and truth. Imprecision, ambiguity, paradox, doubt, and mystery had as little place in the mind of a Catholic scholastic as in the mind of a catalogue-obsessed nineteenth-century naturalist.

Both are instances of what the Jesuit philosopher William Lynch calls the “univocal mind.” A univocal word has only one meaning, and a univocal community has only one voice. “The basic drive behind the univocal mind,” Lynch wrote, “is the tendency to reduce everything, every difference and particularity in images, to the unity of a sameness which destroys or eliminates the variety and detail of existence.” This Catholic view of truth meshed perfectly with, indeed required, the nineteenth-century view of Catholic authority, whose role was to guard against ambiguity – which it could do, after 1870, infallibly. Once the Church, in its hierarchy, and in particular in the pope, had defined the objective truth, the duty of the Catholic was univocally to conform his or her mind to that truth.

But history has a way of challenging such ideas . . .


See also the previous Wild Reed posts:
Thoughts on Authority and Fidelity
Comprehending the “Fullness of Truth”
Beyond Papalism
Thoughts on Relativism
Many Voices, One Church
“Something Exciting and Joyous”
What It Means to Be Catholic
Truth Telling: The Greatest of Sins in a Dysfunctional Church
Pan’s Labyrinth: Critiquing the Cult of Unquestioning Obedience