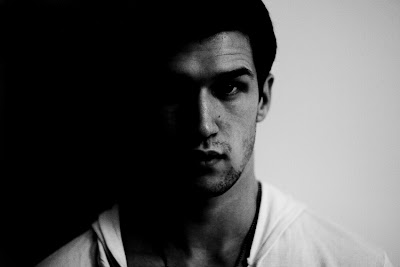 Back in the late 1990s, when on a return visit to Australia, I looked into joining the Jesuit order as a brother. I met with a Jesuit in Sydney for what I guess you’d call an interview. During the course of this interview I noted that I was an out gay man, and felt that being out was important for both myself and others. I explained that by “out” I meant being open about acknowledging my sexual orientation if and when it seemed appropriate. I asked if this would be a problem as a Jesuit.

The response I received took me aback. I was told that when one becomes a Jesuit (and presumably, in the view of this particular Jesuit, a member of any vowed religious community), one is neither gay nor straight, but celibate. In this man’s view, a life of sexual abstinence negates one’s sexuality - be it gay or straight. Sexuality also seems to be limited to whatever one does with one’s genitals!

Now, at that time, I was quite prepared to consider committing to a celibate life, a life of sexual abstinence. But I also realized, then and there at that interview, that to deny one’s sexuality - one’s relational capacity - would be very unhealthy and problematic on a number of levels. Needless to say, I abandoned my inquiries into joining the Jesuits.

I was reminded of this encounter when preparing the following (long overdue) third installment of The Wild Reed’s “Thoughts on Celibacy” series. As you’ll see, I once again share the thoughts of Catholic theologian Diarmuid Ó Murchú, and, in particular, his contention that it is a fundamental denial of our God-given identity – indeed, an act of blasphemy – to choose a non-sexual way of life, to attempt to live, in other words, asexually.

Also shared in the following excerpt from his book, Poverty, Celibacy, and Obedience: A Radical Option for Life, is Ó Murchú’s idea of a “vow of relatedness” – an understanding of celibacy in which the “integrity and authenticity of the call to celibacy is not dependent upon the ascetical ability to forego sexual engagement, but upon a quality of engagement – emotionally and spiritually – that touches the very depths of sexual aestheticism”

[I propose] that we leave behind a spirituality focused on law and adopt one focused on value. We also need to abandon the traditional language “of celibacy” and adopt the phrase “for relatedness.”

The vow for relatedness is a call to engage with the emerging issues of psychosexual relating in the contemporary world, to read the unfolding reality with discernment and sensitivity, to unearth the deeper, archetypal meanings of this unfolding, to name the unfolding process in a way that is holistic and liberating, to highlight the spiritual implications of this new understanding, and to promote social and political strategies to reintegrate what for so long we have split off in our destructive asexual, disembodied ways of living.

The liminal vocation* is, of its very nature, highly paradoxical; that is what safeguards its essential mysterious and divine nature. In traditional biblical terms the laminar is in the world, but not of it. The laminar is a full sexual person, with all the feelings, emotions, desires, and possibilities of that deeply creative urge. But the call to the liminal space requires a different way of living out our sexual relatedness.

Traditionally, this has been interpreted as refraining from all types of sexual and genital interaction in a single lifestyle, with community living offered as the antidote to meet emotional and relational needs, but in a non-sexual way.

This interpretation carries an inherent violence against self and others. It is a fundamental denial of our God-given identity to choose a non-sexual way of life; it is an act of blasphemy. Biologically, psychologically, and spiritually, we cannot become asexual. The more we try, the more our sexual selves will rear up in protest.

Our sexuality consists of all those feelings, moods, and emotions that require a certain quality and quantity of human closeness, intimacy, tactility, and love if we are to become, and help each other become, the fully evolved people that God intends us to be. To choose to forego this call is an act of violence against God, self, and other people who befriend us on the journey of life.

* Ó Murchú contends that the vocation to religious life is, above all else, “a liminal calling, a threshold experience, to those places apart where we are invited to provide a mirror-image in which the people can see reflected their own searchings, struggles, and hopes for a more meaningful existence. It is the people (or, more accurately, God working through the people) that create the liminal spaces. And those called apart are accountable first and foremost to the people and not to the church or to any formal religious system. It is unfortunate that religious life today is so closely identified with formal religion. . . . It is unfortunate that religious life today is so closely identified with formal religion. . . . The vowed life was never intended to be secluded in monasteries or convents and, ironically, for the greater part of its existence it has not been. . . . The major crisis facing the vowed life today is that it has largely lost touch with its capacity to serve in a liminal capacity. It has been heavily domesticated and excessively institutionalized, not merely in religious (ecclesiastical) terms but also because it has over-identified with the conventional behaviors of secular life. Religious tend to work and minister in institutions and systems sponsored by state or church, sometimes both. Such involvement seriously hinders the ability to act in a liminal and prophetic way.” (pp. 18-19)

Given all of this, I think gay people, by their very otherness and their subsequent journeys of authenticity within a frequently hostile world, have an intrinsic “liminal calling.” This makes sense when one considers that throughout history – and to this day – a disproportionate number of gay people are drawn to spirituality, religious themes, and religious life. I think it also explains my own interest in the Sufi Way – and its concept of the dervish, which, as Neil Douglas-Klotz reminds us, means “one who sits in the doorway, or on the threshold of something, ready to move on and transform him- or herself” – and, by extension, I’d add, others and the world. Yes, folks, the world (and the Church) needs us gay folks!

Recommended Books:
The Serpent and the Dove: Celibacy in Literature and Life by Richard Sipe.
Sex, Priests, and Secret Codes by Richard Sipe.
The Unhealed Wound: The Church and Human Sexuality by Eugene Kennedy.