In the Garden of Spirituality – Debbie Blue 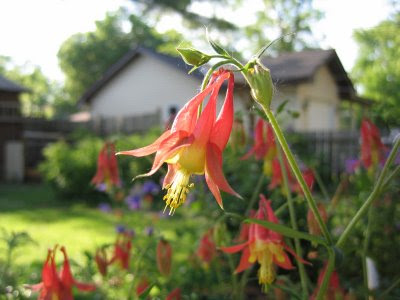 The Wild Reed’s series of reflections on religion and spirituality continues with an excerpt from that part of Debbie Blue’s book, Sensual Orthodoxy, in which she reflects upon the story of Jesus raising Lazarus from the dead.

I dedicate this reflection – on this day of the Autumnal Equinox* – to my friend Joanne Turgeon, CSJ, who died earlier this afternoon.

Resurrection. It’s not that easy to believe maybe. It’s a crazy story, but it seems to be the Christian story. God doesn’t reject what we seem to consider to be the shameful secret at the core of our creatureliness: that we will become weak and die. Jesus doesn’t deny death, but looks it full in the face and shows it to be what it is. Not God, not the final horrible, biggest truth, but rather an opportunity for resurrection. From death: life. Out of hopelessness, hope. If we could trust this, put our hope in resurrection, serve resurrection instead of death, if we trusted that God was God not death, maybe we could live more fully as who we are.

September: Time of the darkening equinox, the balance between sun and shadow. Full of the magic of change – not always a comfortable magic. Its twilight empties the heart of its mortal dream. Yet, September is not a bleak month, but a time of transformation. There is no dream as fair as the host rushing “twixt night and day,” a symbol of the continuance of life in the Otherworld. This is the Celtic spiral of life – death and rebirth. This balance . . . it is the mystery of the time of the Autumnal Equinox.