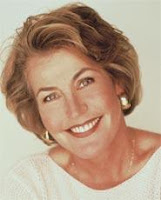 This evening’s Wild Reed “music night” features two songs from Helen Reddy (right), one of the world’s most successful female vocalists of the early 1970s . . .

. . . and who, as more than one person in my hometown has observed, bears somewhat of a resemblance to my mother (left)! I think it’s all in the eyes and the eyebrows, don’t you?

First up is a jazzy little number called “Bluebird,” which is actually one of my favorite Helen Reddy songs. When I was a kid growing up in Australia, I even bought it as a 45 rpm. Remember those? Anyway, “Bluebird” is from Reddy’s 1975 album Ain’t No Way to Treat a Lady. Enjoy!

. . . And I’m locked in this room with my sorrow
No escape, no way to get away
And my only connection with tomorrow
Is hoping that you might decide to not stay away

Oh, I’m out on a limb
If I could only find sweet love again
To live my life this way’s too much to bear
Can’t find my bluebird anywhere

Of course, Helen Reddy is probably best known for the song “I Am Woman” (which, lyrically, it should be noted, is a decidedly more positive and proactive song than “Bluebird”!) Following is how Wikipedia describes this landmark recording: 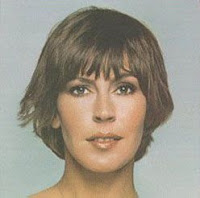 In 1972, Reddy co-wrote, with Australian musician Ray Burton, the song “I Am Woman,” which became a feminist anthem, a worldwide success, and her first U.S #1 hit song on the Billboard Hot 100 singles chart. Reddy has attributed the impetus for writing “I Am Woman” and her early awareness of the women’s movement to expatriate Australian rock critic and pioneer feminist Lillian Roxon.

Reddy is quoted in Fred Bronson’s The Billboard Book of Number One Hits as saying that she was looking for songs to record which reflected the positive self-image she had gained from joining the women’s movement, but couldn’t find any, so “I realized that the song I was looking for didn’t exist, and I was going to have to write it myself.” The single actually barely dented the charts on its initial release in the summer of 1972, but it wasn’t long before female listeners adopted the song as an anthem and began requesting it from their local radio stations in droves, spurring it on to re-enter the charts in September and become a hit. “I Am Woman” earned a Grammy Award for Female Pop Vocal Performance and at the awards ceremony she concluded her acceptance speech by famously thanking God “because She makes everything possible.”

To Reddy, the song’s message reaches beyond feminism. “It’s not just for women,” she said. “It’s a general empowerment song about feeling good about yourself, believing in yourself. When my former brother-in-law, a doctor, was going to medical school he played it every morning just to get him going.”

I am woman, hear me roar
In numbers too big to ignore
And I know too much to go back and pretend
’cause I’ve heard it all before
And I’ve been down there on the floor
No one’s ever gonna keep me down again

Oh yes I am wise
But it’s wisdom born of pain
Yes, I’ve paid the price
But look how much I gained
If I have to, I can do anything
I am strong
I am invincible
I am woman 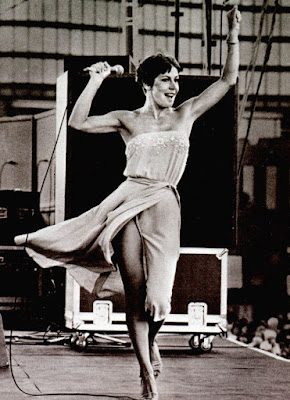 Thanks, Michael. I never heard the song, "Bluebird" before. I can't believe that you bought that as a kid. I hope that you didn't have much sorrow in your life circa 1975 as you were very young. I love the song "Ain't No Way to Treat a Lady" and have that 45. I think I also bought "I Am Woman" when I was a teen. I actually used to sing along with some of those songs. God only know what my mom thought.

Yes, "Bluebird" is a rather odd song for a 1o-year-old to be drawn to, although I think it was more the tune than the lyrics that appealed to me at the time. (Now, of course, I can relate certain adult experiences and feelings to these and other lyrics. But I believe I've successfully navigated through and beyond them.)

"Bluebird" is also just a great Helen Reddy song to sing along with - an experience that I'm glad you can relate to!