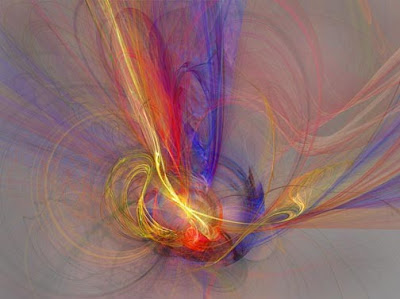 Following is an excerpt from the homily delivered last Sunday at the Spirit of St. Stephen’s Catholic Community by my friend Kathleen.


Advent reminds us of change, of deep paradigm change as happened in the religious world during the era of Jesus, at the time of the Protestant Reformation in the 16th century, and after the Second Vatican Council in the 20th century. Our world is in constant evolution which we experience daily through ecological, social, economical and political change. As anthropologist Jean Huston said at a world forum on ecology, “We find ourselves at present in the midst of the most massive shift of perspective humankind has ever known.” It is an exciting time to be alive and to be an active part of this change on many different levels.

As members of the Spirit of St. Stephen’s Catholic Community we are immersed in evolution within the Catholic Church as a phenomenon we did not wish for but we recognize as a movement of the Spirit who has involved us as “Emerging Church” and “will never let us go” as we state [every Sunday] in our final blessing. We rejoice that this renewal, although bittersweet, is widespread throughout the United States and in many parts of the world. I see this as part of what is unfolding in the large universe story and it does not end with us.

When John the Baptist was calling out for change quoting from Isaiah, “Prepare the way of the Lord, clear a straight path,” and when he pointed to Jesus who was turning unjust social and religious norms upside down, his message was met with strong resistance; so strong that it led to John's beheading and Jesus' crucifixion.

In Liberation Theology, Gustavo Gutierrez defines a prophet as one who “announces the good (God with us - Emmanuel) as justice through right relationships, harmony, peace and joy, and denounces evil as injustice seen through systems of oppression and exploitation.” In [our second reading today] Rabbi Heschel says: “To us, a single act of injustice - cheating in business, exploitation of the poor - is slight; to the prophets a disaster.” 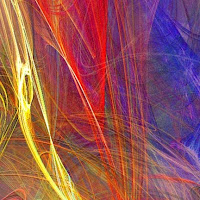 Was Jesus really understood when he proclaimed the beatitudes as guidelines to a religion in transition? Did the people catch the depth of his transformative teaching? “Blessed are you who are poor, hungry, who weep now. Blessed are you when people hate you and exclude you; for that is what their ancestors did to the prophets. But I say to you that listen, love your enemies, do good to those who hate you. Do to others as you would have them do to you.” (Luke 6: 20-27)

A significant rebirth is taking place in many parts of the world and I would like to draw attention to Latin America, especially as we remember our four women martyrs in El Salvador. This year Cuba celebrates 50 years of resistance to the Goliath of the North. That was a paradigm shift that is still barely accepted in the North. Other nations such as Venezuela, Ecuador, Bolivia, Chile, Argentina, Paraguay, Uruguay, Brazil, El Salvador, Nicaragua, and, until recently Honduras, are embracing their own destinies as they link with other cultures to tap into the potential of their unique histories and cultural riches many of which are indigenous. This paradigm shift is in great contrast to the policies of Manifest Destiny which gave the U.S. the presumed right to exploit the resources of Latin America, building up a lucrative first world society and leaving Latin America in poverty and ignorance.

On a personal level we can also see paradigm shifts in our lives and those of our friends and families as we pass through multiple experiences of birth, death and rebirth. It is not so much that God comes to us, rather we discover God present deep within us and in our life-giving experiences with others. During Advent and Christmas we bring God forth and even give birth to God through our acts of kindness and reaching out to others close to home or in other lands.

Sometimes God has lain dormant within us for years as we refuse to forgive old hurts or relate to others. Why do we choose to connect with others at this time with a card, a visit, a gift, or a telephone call? Is it that we are searching for a deeper union, a communion with those we love and who love us? Is it a time to level the rough paths and let God be known and seen through us? We oftentimes describe it as frenzy when we get caught up in the consumer society but might we think of it as ecstatic as we push ourselves to “let God loose” in all her generosity with special foods and music, decorations in the home and neighborhood. And then afterward there will be the quieting down, the return to the ordinary. We cannot sustain the intensity of this season for long, just as we cannot sustain ecstasy in our frail bodies.

St. Augustine has said: “The glory of God is the human person fully alive.” Isn’t that exactly what we attempt to live during this season more than at any other time of year?


See also the previous Wild Reed posts
Thoughts of Waiting and a Resolution
Advent Thoughts
My Advent Prayer for the Church
Thomas Merton on “the Advent Mystery”
The Centered Life as an Advent Life
Advent: Renewing Our Connection to the Sacred

"This year Cuba celebrates 50 years of resistance to the Goliath of the North." WHAT!!!! This was actually part of a homily? I hope that no Cubans were present for this. I wonder what people in Florida who were refugees would think of such a statement. I wonder what people who suffered in prison or had family members that suffered in prison or died under Castro would think of this. What about the religious persecution of the Catholic Church under Castro? How many Catholics fled Cuba? I don't think many people are ready to canonize Castro and his henchmen. I am in amazement over this statement.

I was inspired by Kathleen's homily too. Thanks for printing it. What a beautiful image you found. Where did you find it?