Guidelines for the Advent of a Universal Mysticism: An Introduction 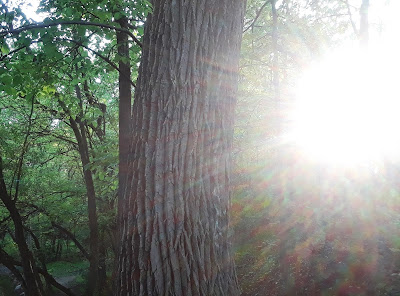 At one point in his book, The Mystic Heart, Wayne Teasdale writes the following:

My encounters with God have been rich and variegated, encompassing all the possibilities. I am certain this reflects the infinite richness of the divine expressed in the differing spiritual experiences of the world’s religions. My inner journey – what I have been given and shown – has prepared me to appreciate the importance and possibility of a universal approach to mysticism because only such an approach will yield a better understanding of spirituality. In the end, I am convinced that the religions complete one another’s understanding of ultimate reality.

I greatly resonate with these words, words that Teasdale uses to introduce eight guidelines for recognizing and facilitating the “universal approach to mysticism” he writes about. They are eight “points of agreement” that serve as guidelines for “interreligious understanding.” As such, Teasdale poetically sees them as an “intermystical bridge.”

This Advent I wish to explore and cross this bridge. I’ll do so by sharing each of the eight guidelines that comprise it – guidelines for a universal mysticism. Why engage in such an exploration during Advent? Well, along with many other people, I trust that the coming (or advent) of such a universal spirituality is something that the Divine is calling humanity to embrace and embody. My sharing of this series is one small way that I can encourage and herald the advent of this spirituality.

Before presenting the actual guidelines, however, I share in this introductory installment of The Wild Reed’s Advent 2018 series what Teasdale says about how these guidelines came to be formulated. Here’s what he writes in The Mystic Heart:

[These guidelines were] formulated by Thomas Keating and the fifteen members of his Snowmass Conference. . . . [They] provide a strong foundation for fruitful dialogue among all the faith traditions. These points of agreements have been reached in the context of spiritual practice. Each member of the Conference is a leader in a tradition of spiritual wisdom. Each is committed to an interspiritual approach. That means that they are passionately interested in the spiritual practices, insights, intuitions, and essential formulations of all the schools of spirituality. 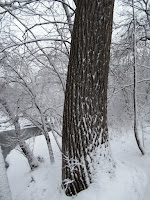 One last thing: Each of the posts in this series will be accompanied by one or two images of what I've come to call the Prayer Tree, that special oak tree by Minnehaha Creek, close to my home in south Minneapolis. This tree and its location serve as a sacred place for me; for as its name suggests, I go there to pray, meditate, and reflect deeply. Also, as my friend McAuley recently pointed out, it serves as a beautiful representation of the axis mundi – the cosmic axis, the center of the world. Often symbolized by a tree, the axis mundi, as both a celestial and geographic pillar, serves as a point of connection between sky (heaven) and earth, the higher and lower realms of consciousness, and the four compass directions.

As a representation of the axis mundi, and thus a rich symbol of groundedness, connection, and unity, the "Prayer Tree" seems a very appropriate image for this series on universal mysticism.

NEXT: The First Guideline