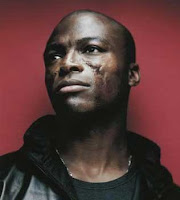 This evening for "music night" at The Wild Reed I share "State of Grace," a track from Seal's 1998 album, Human Being.

Human Being is Seal's third studio album and gets it name from its opening track, "Human Beings," written about the late rappers Tupac Shakur and The Notorious B.I.G. Upon its release, the album received mixed reviews, ranging from being critiqued for its overtly dark and moody feel, to being described as 'pop perfection.'" As always, the truth is no doubt somewhere in between.

Written by Seal and Chris Bruce, "State of Grace" is Human Being's second track. I find myself drawn to both its overall sound and its lyrics, especially the following: This is the sound of a woken man / Why don't you tell me it's you . . . I found you / Yeah, but I can't seem to find that state of grace . . . / One touch, one look that is all it takes / These things forever change us. . . .

Oh, but I . . .
Can't seem to find our state of grace
Who knows tomorrow may never come
One touch, one look that is all it takes
These things forever change us
Oh, I . . . hey

This is the sound of a feeling that's caught in my head
Make me think about something you said
Take away my fears
Oh, I

This is the sound of a woken man
Why don't you tell me it's you, babe
I found you
You, babe

Yeah, but I
Can't seem to find that state of grace
Who knows tomorrow may never come
One touch, one look that is all it takes
These things forever change us

Look at the past
No savoir faire
No, that's not us 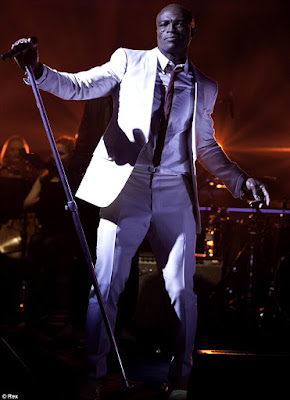 Following are three insightful reviews of Seal's Human Being that I came across on Amazon. 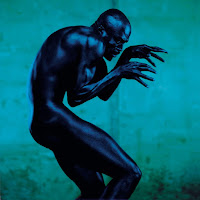 Why is it that Seal's albums seem to be readily disposable at first listen but always prove to be more timeless than could be predicted? On Human Being, Seal's third release (and first with a title other than his name), several of the tracks are layered with prominent, syrupy strings, and his predictable vocal crescendos veer dangerously into the land of forgettable grocery-store-intercom adult contemporary. But hang in there; there's a lot more substance here than what will first reach your ear. This complex release is a little harder to categorize than his debut record (the dance album) or his second disc (the power-ballads album). The first two tracks hint that – oh, no – it's going to be another late-'90s trip-hop album, but thankfully, Seal doesn't go there. Listen a couple of times – you'll hear everything from orchestral swells to tinny rhythm guitar, experimental keyboard effects to late-night jazz piano accompanying Seal's standard "Can't we all just get along?" lyrical message. These tracks are heavily produced and thickly layered but at the same time his most intimate and personal songs to date. The album's cover art is a good metaphor for its mood: Seal is naked and crouched over – cowering or ready to strike? So, too, the songs lash out, then plead, then sting, then soothe. Start counting; this album has a long shelf life. 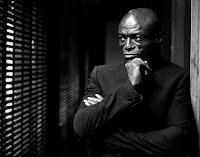 You know the moment that you meet someone and there's an instant spark? How about the feeling you get when you are inside the hold of a deep crush? 1998's album Human Being kinda gives you the same intense sort of emotions when listening to it. At least in how you connect with it. I mean it was a pretty good album the first time I listened to it. However, I discovered tonight while thinking and experiencing the album that there is absolutely no album like this that Seal has made. Seal II may be most people's favorite but this album is his most beloved by me now (with his sophomore effort slightly trailing in second). While both albums are bona fide CLASSICS this album is less mainstream in favor of darker production and extremely heartfelt lyrics. Whether it's about love, faith or death Seal reaches depths that he didn't quite delve into on his second album. The album is still pretty catchy in spots though. And what's most important is that the songs really grip you in a pleasant chokehold. If there ever was an album in my collection that I never want to let go of, it's this one.

. . . This album reeks of truth! I'm not quite what you'd call someone who is extremely dark in everything that he does. However, there is something about most artistic works where someone bears their soul exposing their trauma, depression, lack of hope, etc., that channels into gravity-defy depths of emotion through song. Think of pop masterpieces like Janet Jackson's The Velvet Rope, Christina Aguilera's Stripped (she still never made an album as eclectic and full of depth as this!) or even one of my absolute favorites John Mayer's Heavier Things. All of these albums express a slight (or heavy) disconnection in a way, but also a TOTAL POURING OUT OF THE SOUL.

Through and through this record is a piece of perfection, a tasteful work of art and without a doubt Seal's magnum opus. I hope that Seal returns to original work for his next release as his own music generally eclipses the cover albums (Soul and Soul II) in spades. Pulsing with true energy and depth this album should have been gobbled up by the masses. Look no further than Human Being. 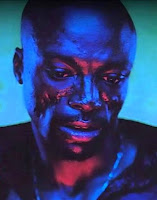 In my opinion, Human Being is Seal's best album. Each song is a masterpiece, and all of them have a really powerful, dark [energy]. From "Human Beings" to "No Easy Way,", the album catches your breath and makes you feel a depth of feeling you can't explain. . . .[I]f you listen carefully to the songs, you can find a place for you on each one. All the songs are outstanding, but "State Of Grace," "Just Like You Said," and "Still Love Remains" are just diamonds and my favourites. Give it a chance, because this is one of the 90s' best albums.