Coming Out: An Act of Holiness 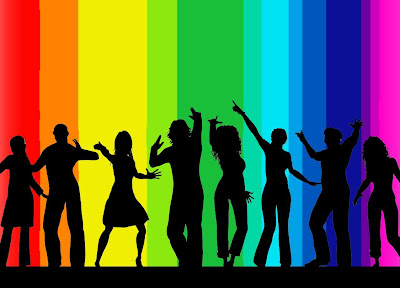 Recently I had the honor of being asked to write an endorsement for David Weiss’ soon-to-be published book, To the Tune of a Welcoming God: Lyrical Reflections on Sexuality, Spirituality, and the Wideness of God’s Welcome.

Weiss is a member of St. Paul-Reformation Lutheran Church and a steering committee member of the church’s Wingspan Ministry, a “ministry of pastoral care, education, advocacy and support for gay, lesbian, bisexual and transgender people.” Wingspan Ministry will publish Weiss’ book of essays and hymn texts in June of this year.

In a media release, Wingspan Ministry notes that its partnership with Weiss is aimed at “foster[ing] change in the ELCA [Evangelical Lutheran Church in America] policy concerning rostering of GLBT clergy and laity and performing services of blessing of relationship for GLBT couples.” The group wants to see that change happen at the 2009 Churchwide Assembly to be held in Minneapolis.

“For David,” the media release continues, “the partnership is an opportunity to carry his decade-long work as a thoughtful and eloquent Ally to a new level. [His] writings, which range from short essays and texts of public talks to hymn texts, are all ‘occasional’ in the same sense that most of Luther’s writings were occasional. That is, they were all written in response to specific events, invitations, and occasions. As such, and because each piece will carry a couple sentence description of its original context, the writings retain a certain intimacy and liveliness to them.”

In his book’s introduction, David Weiss notes: “I am, by vocation, a public theologian and poet, gifted with prophetic passion alongside a measure of pastoral sensitivity. I am committed to write accessibly to the ‘saints in the church at large,’ but am equally determined to do so with full theological integrity. This book brings to the discussion of welcome a balance of heart and mind, theological integrity and spiritual passion, that is all too rare in a text aimed at a general readership.”

According to Wingspan, To the Tune of a Welcoming God “puts lyric prose on the divisive question of whether and how the church might welcome the GLBT Christians at its doorstep, and the ones already in its pews. Teachers, students, pastors and laypersons, whether gay or straight, will find these short texts worthy of long reflection and conversation. For those whose own heart and mind have already been captivated by the tune of a welcoming God, these readings will help put clear words and images to the music already at play in their lives. At times whimsical, sobering, challenging, surprising, insightful, and subversive, To the Tune of a Welcoming God invites the church to sing a new song.”

Here’s the endorsement I wrote for David’s book, an endorsement that will appear either on the book’s back cover or on its inside front cover:

To the Tune of a Welcoming God is a heartfelt compilation of great beauty and honesty. To a church hungry for wisdom and grace, Weiss’s unwavering focus on God’s loving and welcoming embrace offers a veritable feast – one that both nourishes and delights.


Following, with David’s permission, is an excerpt from To the Tune of a Welcoming God. This particular excerpt is from his essay “The Body as Burning Bush,” and focuses on the coming out experience as an act of holiness. Enjoy!

Coming Out is seldom simple or easy. And it usually a life-long process, because the closet keeps chasing after you as societal assumptions try to erase you again and again. The moment of coming out will need to occur again and again. So to move beyond Coming Out is not to put it behind you; it’s simply to add another act to the repertoire of holiness in your life, what I’m calling the act of Keeping Faith.

When I say that Coming Out is an act of holiness I am making a blunt theological statement. I am saying that in addition to whatever human presence you choose for your coming out there is also — and most fundamentally — a divine presence. Whether you come out to friend or family, to pastor or teacher, you come out foremost to God, because you dare to stand naked in the garden without shame.

Keeping faith, then, is about relating to others in a way that honors the divine presence at your coming out. It is about sexual ethics, and it has less to do with rules than with relationships. Keeping rules is not a holy act, keeping faith with your name and the name of God and the name of those around you — that is a holy act.

Sin is real. Whether you explain it by reference to a biblical fall or see it as the evolutionary baggage of our climb upward from a more brutal past, there is simply no use in denying that from the moment of our birth — or even before — we are exposed to forces that bend us into habits that are hurtful. We carry in ourselves, straight or gay, sexually active or celibate, transgendered or bisexual, the weight of distorted impulses and hungers that we are taught to meet with a taste for intimacy that is rarely intimate and more often oppressive. Whether you employ the word “sin” or not, there can be little argument that our best intentions seldom find the shortest line between two points.

Keeping faith, then, is about recognizing the potential for misuse of our sexual selves — but more importantly about recognizing the potential for moments of incarnation through our sexual selves. And I say “more importantly” not to be naïvely optimistic about this, but because this other side, this potential for incarnation, has been all but lost to us in our faith tradition. We have heard, explicitly and implicitly and through the subtlety of a silence that can deafen, that our sexual bodies can betray us. But we have too rarely heard that they can course with the gracious presence of God. And in the absence of that message, the best we have been able to hope for is a sexuality that is obedient to rules — while dwelling in bodies that hunger for grace. So the “more importantly” deserves the spotlight right now: keeping faith is about learning what you need to know so that sexuality can blossom in intimacy and incarnation rather than wither in alienation and hurt.

David Weiss
Excerpted from To the Tune of a Welcoming God: Lyrical Reflections on Sexuality, Spirituality, and the Wideness of God’s Welcome (Wingspan Ministry, 2008).


See also the previous Wild Reed posts:
The Triumph of Love: An Easter Reflection
The Many Manifestations of God’s Loving Embrace
Be Not Afraid: You Can Be Happy and Gay
Real Holiness
Trusting God’s Generous Invitation
Song of Songs: The Bible’s Gay Love Poem
Charis
Love is Love
And Love is Lord of All
Dew[y]-Kissed

Bravo! Holiness is whole-liness. "I have come that you may have life, and have it more abundantly." "I have come for the truth, and the truth shall set you free." In secrecy and shame there can be no self-respect and integrity.

Carrying one's cross for the gay person does not mean repressing and suppressing who they are, it means being who you are despite the potential rejection of one and all.