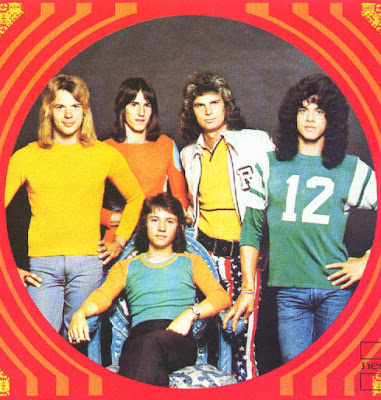 
It’s been far too long since a Friday “music night” here at The Wild Reed!

To remedy this situation I present tonight the pop song that was probably one of the first to leave an impression on me as a child growing up in Australia. It’s the song “Ma Belle Amie” by (believe it or not) a Dutch group that went by the name of Tee Set.

This particular song was the opening track of a 1970 compilation of pop songs entitled 20 Dynamic Hits. I remember this particular album very well, as it’s cover featured a picture of a guy who was probably responsible for my first stirring of male intrigue/attraction.

For years I mistakenly associated the face of this particular guy with the voice of the male singer of “Ma Belle Amie.” In retrospect, this distinctly male voice (one that I now, as an adult, define as sexy) probably awakened things within me as a child in much the same way as did the image of the good-looking guy on the record cover, who for a long time remained nameless to me. (In fact, it was only quite recently that I discovered the identity of this “mystery man.”) 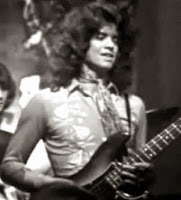 Mind you, if Tee Set had been pictured on the album cover, I have a feeling that the band’s dark–haired bass player Franklin Madjid (pictured at left) I would have had much the same impact on me as my “mystery man”! 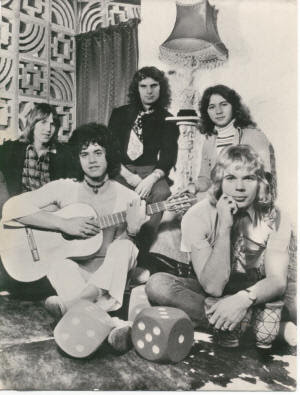 Hello boys! Could I please have the number of your interior decorator?
Above: Tee Set in October 1970: (From left) Ferry Lever,
Franklin Madjid, Hans van Eijck, Max Spangenberg,
and Peter Tetteroo.


Recorded in 1969, “Ma Belle Amie” was a huge hit for Tee Set in a number of countries in 1970, and it remains the band’s signature tune. It has an unmistakable (and cool) Sixties vibe, thanks in large part to the jabbing sounds of the electric organ that punctuate the song’s catchy melody! In addition, lead singer Peter Tetteroo has a great voice and, as you’ll see, is a bit of a groover; well, in an endearingly awkward kind of way. Sadly, he passed away in 2002.

As far as I can gather, the French lyrics in the song (“Ma belle amie, apres tous les beaux jours Je te dis merci merci”) translate as: “My beautiful friend, after all the beautiful days I say to you, thank you, thank you.”

Ma Belle Amie,
You were a child of the sun and the sky
And the deep blue sea.
Ma Belle Amie,
Apres’ tous les beaux jours je te dis merci merci.
You were the answer to all my questions,
Before we’re through,
I want to tell you that I adore you
And always do.
That you amaze me by leaving me now to start anew.
Ma Belle Amie,
I’m in love with you. 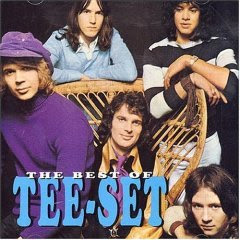 For a good introduction to the music of Tee Set, I recommend The Best of Tee Set. Stand out tracks (apart from, of course, “Ma Belle Amie”) include “Early in the Morning,” “Believe What I Say,” “Long Ago,” “Finally in Love,” “In Your Eyes,” “If You Do Believe in Love,” “Please Call Me,” “She Likes Weeds” (which was banned from radio play lists in the U.S.) and a beautiful rendition of “Red, Red Wine.”

To learn more about the band, its history, and musical output, visit The Official Tee Set Home Page


For more music on The Wild Reed, visit:
• Time and the River
• Darren Hayes
• The Wild Ones
• Saturday Night
• Engelbert Humperdinck: Not That Easy to Forget
• Yeah, Baby, Yeah!
• Rules and Regulations – Rufus Style
• The Man I Love
• Fleetwood Mac’s “Seven Wonders” – My Theme Song for 1987
• Crackerjack Man
• All at Sea
• The Beauty and Wisdom of Rosanne Cash
• Actually, I Do Feel Like Dancing
• “And A Pitcher to Go”
• Classic Dusty
• Soul Deep
• Wow!

Thanks for sharing this. I remember the song well. I think I was 13 when it came out in the US. I didn't know anything about the artists. The bass player looks a little like Marc Bolan. Check out (Marc Bolan & T.Rex - "Get It On" German TV ´77) on YouTube. That is a totally silly song, though I've always loved it for the killer bass riff. Sadly, Bolan looks completely wasted here lip-sinking.

Regarding the previous translation - it should be "after all the beautiful days" not fine weather.

Thanks, Anonymous! I'll make the change.

Is this a gay song? "For the man after HIM wait's here". Otherwise I love it.

No not gay, man and woman best friends always and forever, she either left him, didn't know he loved her or circumstances! She found a new (substitute), but he's happy for her (cheers substitute...bells ring, birds sing). Yet he is still in love with her and if ever he gets the chance wants her to know that the man (himself) after him(the substitute) waits for her! Just my interpretation, for what it's worth ;) love love love this song!