In the Garden of Spirituality: Paulo Coelho 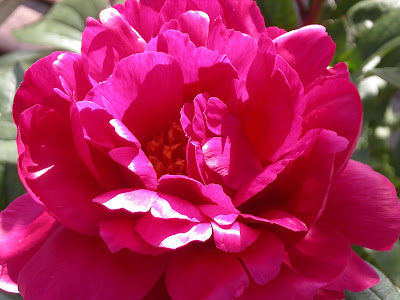 The Wild Reed’s series of reflections on spirituality continues with an excerpt from the “Author’s Note” in the book, By the River Piedra I Sat Down and Wept: A Novel of Forgiveness by Paulo Coelho.

I chose this particular reflection in response to the recent brouhaha over the “correct” baptismal formula and the rise within Roman Catholicism of the so-called new evangelization.

A Spanish missionary was visiting an island when he came across three Aztec priests.

“How do you pray?” the missionary asked.

“We have only one prayer,” answered one of the Aztecs. “We say, ‘God, you are three, we are three. Have pity on us.’”

“A beautiful prayer,” said the missionary. “But it is not exactly the one that God heeds. I’m going to teach you one that’s much better.”

The padre taught them a Catholic prayer and then continued on his path of evangelism. Years later, when he was returning to Spain, his ship stopped again at the island. From the deck, the missionary saw the three priests on the shore and waved to them.

Just then, the three men began to walk across the water toward him.

“Padre! Padre!” one of them called, approaching the ship. “Teach us again that prayer that God heeds. We’ve forgotten how it goes.”

“It doesn’t matter,” responded the missionary, witnessing the miracle. And he promptly asked God’s forgiveness for failing to recognize that He speaks all languages.

This story illustrates just what this book [By the River Piedra I Sat Down and Wept: A Novel of Forgiveness] is all about. Rarely do we realize that we are in the midst of the extraordinary. Miracles occur all around us, signs from God show us the way, angels plead to be heard, but we pay little attention to them because we have been taught that we must follow certain formulas and rules if we want to find God. We do not recognize that God is wherever we allow Him/Her to enter.

Traditional religious practices are important: they allow us to share with others the communal experience of adoration and prayer. But we must never forget that spiritual experience is above all a practical experience of love . . . The more we love, the closer we come to spiritual experience. Those who are truly enlightened, those whose souls are illuminated by love, have been able to overcome all of the inhibitions and preconceptions of their era. They have been able to sing, to laugh, and to pray out loud; they have danced and shared what Saint Paul called “the madness of saintliness.” They have been joyful – because those who love conquer the world and have no fear of loss. True love is an act of total surrender.

. . . Sooner or later, we have to overcome our fears, because the spiritual path can only be traveled through the daily experience of love.

Thomas Merton once said that the spiritual life is essentially to love. One doesn’t love in order to do what is good or to help or to protect someone. If we act that way, we are perceiving the other as a simple object, and we are seeing ourselves as wise and generous persons. This has nothing to do with love. To love is to be in communion with the other and to discover in that other the spark of God.

– Excerpted from By the River Piedra I Sat Down and Wept: A Novel of Forgiveness by Paulo Coelho (English translation by Alan R. Clarke), HarperCollins, 1996.

I'm a big fan of Paulo Coelho! You will love this! He's the first best-selling
author to be distributing for free his works on his blog:
www.paulocoelhoblog.com


Have a nice day!