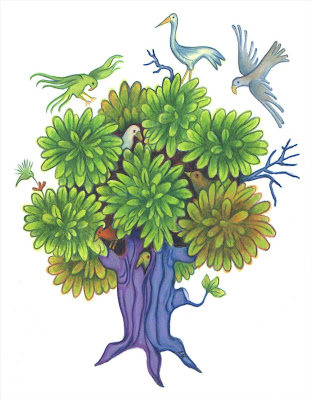 The organization to which I serve as executive coordinator, the Catholic Pastoral Committee on Sexual Minorities (CPCSM), is honored to be leading the coalition of Catholic organizations that is hosting the Second Annual Prayer Breakfast for Hope and Justice. This year’s breakfast is entitled Here Comes Everybody: Democratizing Catholicism in Challenging Times, and features award-winning journalist and author Robert McClory. It will take place on the morning of Saturday, May 3, at the Metropolitan Ballroom in Golden Valley, Minnesota. (For more information, click here.)

Robert McClory is well known and respected for his writings on church history – especially as it relates to the role of the laity. Many assume that the Catholic Church has always functioned with a top-down leadership model. Yet, as McClory notes in his latest book, As It Was In the Beginning: The Coming Democratization of the Catholic Church, there have been long periods where lay people were consulted and had strong, leading voices. He also believes that a decentralized and democratized Catholic Church is just around the corner – is, in fact, inevitable.

On May 3, McClory will join with attendees at the Second Annual Prayer Breakfast for Hope and Justice in discussing how we can best embody, individually and communally, this democratization of our church.

Following is an interview I had the honor of conducting with Robert McClory for the April issue of The Progressive Catholic Voice.

A Democratic Catholic Church
An Interview with Robert McClory
Michael Bayly: In talking to folks about the topic of your upcoming presentation, “Democratizing Catholicism in Challenging Times,” I often get responses of raised eyebrows and bemused looks. People seem to have difficulty putting Catholicism and democracy together. However, in your latest book, As It Was In the Beginning: The Coming Democratization of the Catholic Church, you document how lay participation is a way of honoring Catholic tradition, not a denial of this tradition. Yet given the “tradition” of a papacy modeled on a feudal monarchical system, just how democratic can the Catholic church hope to get?

Robert McClory: Instead of looking bemused, people should read the book. My whole point is that the church was never intended to be a top-down, monarchical, authoritarian institution. Jesus made it very clear in the gospels that he wanted a community that went contrary to the accepted organizational styles of this world. And it did for a time, but was gradually hijacked, and the 2,000-year history of the church is the struggle to recover the gospel style. Chapter 9 in the book makes a case for the church as a democracy. I argue that now in the 21st century we are in an unprecedented position for the recovery to begin.


Michael Bayly: What compelled you to write As It Was In the Beginning: The Coming Democratization of the Catholic Church? How has it been received by critics and lay people?

Robert McClory: The very widespread misunderstanding I just mentioned. Recovery from the hijackers is the goal and the time is at hand. I’m mostly preaching to Call To Action and other “choir” groups, so the book’s been well received. Time will tell when a responsible critic or opponent takes a look.


Michael Bayly: Your presentation in Minneapolis on May 3 coincides with John Nienstedt’s first day as archbishop of the Archdiocese of St. Paul/Minneapolis. What are your thoughts on Nienstedt’s leadership style? What advice can you give to local Catholics who find themselves in disagreement with this style and who are, as you say in your book, “disturbed at the present direction of the institutional church . . . the growing centralization of its governance, the narrow, often literal interpretation of doctrine, the instinctive rejection of modern culture and the modern world, and the vigorous effort to promote outmoded forms of piety”?

Robert McClory: I did a story on Nienstedt in the National Catholic Reporter (May 4, 2004) when he banned a book by the late Bishop Lucker about two years ago. He was good enough to call me up and chat. My impression is that he is wedded to a narrow, almost fundamentalist (and wrong) interpretation of Roman Catholicism and not likely to entertain other views. I believe people who think otherwise should continually make their case in a respectful, well reasoned manner – through op eds in the media, letters to editors, public presentations when possible and efforts to make a case directly with those who think otherwise, including especially the bishop. Down deep, I believe, most of these bishops and clergy know better but have brainwashed themselves for the sake of their careers.

For images and commentary on the inaugural Prayer Breakfast for Hope and Justice (featuring Bishop Thomas Gumbleton), click here.

"Here Comes Everybody" is the title of a great book by the late Tim Unsworth.