In the Garden of Spirituality – Karen Armstrong 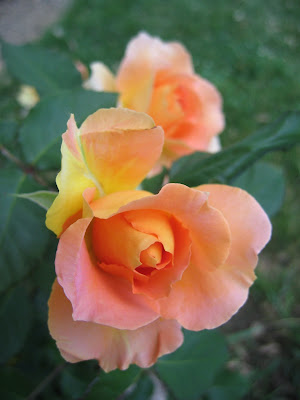 The Wild Reed’s series of reflections on religion and spirituality continues with an excerpt from the preface of Karen Armstrong’s book, Islam: A Short History.

In this particular excerpt, Armstrong explores the “central paradox of the religious life” and how it is expressed in the religion of Islam.

The central paradox of the religious life is that it seeks transcendence, a dimension of existence that goes beyond our mundane lives, but that human beings can only experience this transcendent reality in earthly, physical phenomena. People have sensed the divine in rocks, mountains, temple buildings, law codes, written texts, or in other men and women. We never experience transcendence directly: our ecstasy is always “earthed,” enshrined in something or someone here below. Religious people are trained to look beneath the unpromising surface to find the sacred within it. They have to use their creative imaginations. Jean-Paul Sartre defined the imagination as the ability to think of what is not present. Human beings are religious creatures because they are imaginative; they are so constituted that they are compelled to search for hidden meaning and to achieve an ecstasy that makes them feel fully alive. Each tradition encourages the faithful to focus their attention on an earthly symbol that is peculiarly its own, and to teach themselves to see the divine in it.

In Islam, Muslims have looked for God in history. Their sacred scripture the Quran, gave them a historical mission. Their chief duty was to create a just community in which all members, even the most weak and vulnerable, were treated with absolute respect. The experience of building such a society and living in it would give them intimations of the divine, because they would be living in accordance with God's will.

For more of Karen Armstrong at The Wild Reed, see:
Boorganna (Part 2)
A Return to the Spirit
A Dangerous Medieval Conviction

See also:
What Muslims Want
Informed and Helpful Perspectives on the "Ground Zero Mosque" Controversy
Irene Khan: Shaking Things Up Down Under
The Sufi Way

Wow, Michael, Karen Armstrong has articulated a key idea in a neat little paragraph. Her application of the idea to the Islamic religion is helpful since she is student of it and I feel I can trust her scholarship. What do you think is the application of it in the Catholic religion? I remember Patricia Hampl writing something about the difference between Protestant and Catholic sensibilities having to do with the sense of transcendence. I wish she would read your blog and comment.

I think the application to Catholicism would be this comment that "our ecstasy is always earthed".

This would be, for us, a clear allusion to the sacramental life and the Divine Liturgy.

Even if God is "hidden", "invisible", creation is intrinsically good, and Jesus used ordinary human objects to unite us with his own actions in the course of winning our salvation.

If that makes any sense.

Well, it does make a lot of sense. Thanks, J.D.