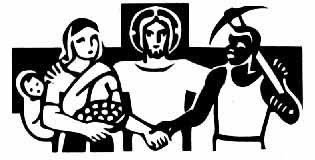 Given the Roman Catholic Church's foundational yet often minimalized tradition and teaching on social justice, I wonder when we can expect the clerical leadership of the St. Paul–Minneapolis Archdiocese to speak out against the Target corporation's recent donation of $150,000 to the anti-workers' rights group Minnesota Forward?

The Church fully supports the rights of workers to form unions or other associations to secure their rights to fair wages and working conditions.

Workers' rights cannot be doomed to be the mere result of economic systems aimed at maximum profits. The thing that must shape the whole economy is respect for the workers' rights within each country and all through the world's economy.

We must . . . continue to study the situation of the worker. There is a need for solidarity movements among and with the workers. The church is firmly committed to this cause, in fidelity to Christ, and to be truly the "church of the poor."

Above all we must remember the priority of labor over capital: labor is the cause of production; capital, or the means of production, is its mere instrument or tool.