Something In Your Eyes 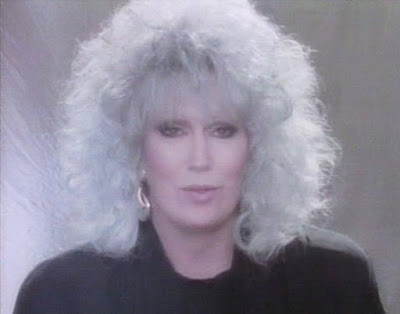 Today marks the 13th anniversary of the establishment of Woman of Repute, my website dedicated to the life and musical legacy of the late, great British pop/soul vocalist Dusty Springfield. To celebrate this milestone, I share the music video for “Something In Your Eyes,” the beautiful romantic ballad that Dusty recorded for Richard Carpenter's 1987 album Time. Enjoy!

There was a certain face
that filled a thousand nights
with all the sweetest dreams
and promises of paradise.
But that face was gone
when the dawn would come and steal you.
Yet, I still could feel you waiting
just a kiss away.

I’d surely know your face,
your love would cast a spell,
I’d recognize each curve and line of you,
I knew it well.
Now at last you’re here
and I can tell . . .

We never said a word
as if we'd always known
that through the bittersweet of waiting
we were not alone.

Now we're close enough
for the touch of love to find us;
fantasies designed us
but they never really could begin
to measure you, no pictures ever do.

And as I watch you framed
in sunlight in a sky of blue,
I know what my life's been leading to.

Following are excerpts from Paul Howes indispensable book The Complete Dusty Springfield on the making and reception of “Something In Your Eyes.” 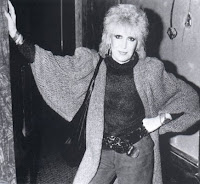 Dusty’s collaboration with Richard Carpenter on “Something In Your Eyes” must have seemed a backward step after gaining credibility with the Pet Shop Boys but, in fact, the song was recorded before “What Have I Done To Deserve This?” However, the single, taken from Richard Carpenter’s album Time, wasn’t released until the duet with the Pet Shop Boys was in the charts. Time was Carpenter’s first project since the death of his sister Karen and it certainly seemed as if he was looking to fill the gap left by Karen when he called in Dusty and Dionne Warwick to do lead vocals on a couple of tracks. When Dusty was asked how she felt about stepping into the spot previously occupied by Karen, she admitted that she was nervous. “I thought there’s no way I can do it as well as Karen did and then I thought that’s probably not what [Richard] wants anyway. Otherwise he wouldn’t have asked me.”

. . . “After completing the song with Pamela Phillips Oland, the first vocalist who came to mind (other than Karen) was Dusty,” says Richard Carpenter. “Karen and I had always enjoyed her work, and I was looking for a vocalist who had her own unique sound. I sent a demo tape to Dusty, who at that time was in semi-retirement. I received word back that she liked it, and we went on to record the tune in Studio D at A&M Studios. I enjoyed working with her. As Dusty herself will admit, she’s a character. She has a great sense of humour, and is an absolutely terrific singer. I remain very pleased with the finished product.” This lush ballad unfortunately only made a brief appearance in the lower regions of the Top 100 in the UK. Of course it might have had more success if released a few years later, when the Carpenters were back in vogue, but Dusty certainly didn’t help matters back in 1987. Although she and Richard Carpenter made a video, she refused A&M’s invitation to come over and promote the single in the UK. [Note: Dusty was living in Los Angeles at the time.] Dusty received no credit whatsoever for her vocal on either the UK or the US single. Could there be a connection? In the States, the record didn’t enter the Billboard Hot 100 at all, although it did make the Adult Contemporary chart, peaking at #12.

Absolutely wonderful. A hidden (forgotten?) gem. I'm a fan of the great Dusty Springfield since my college years in the 60's. Fascinating website you have put up, clearly a labor of love. "Who is Gladys Thong?" She died too young.

Ah, yes . . . Gladys Thong! Everything you need to know about this mysterious woman can be found here!

I'm glad you enjoyed this song, Jayden. And you're right: it is a forgotten gem. And thanks for your kind words about my "Woman of Repute" site.