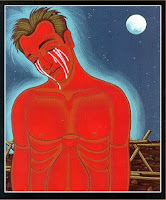 Over at the indispensable Box Turtle Bulletin, Rob Tisinai has posted an informative piece highlighting three facts that we all should know about hate crime laws. Tisinai notes that he was compelled to highlight these facts after hearing the lies being spread about such laws by the likes of Rush Limbaugh and Maggie Gallagher. One such lie is that Christians can be charged with a hate crime for saying that homosexuality is a sin.

Following are the three facts that Tisinai says Americans need to know about their nation’s hate crime laws.

[H]ate crimes are not separate, distinct crimes; instead, they are traditional offenses motivated by the offender’s bias (for example, an offender assaults a victim because of a bias against the victim’s race).

In other words, if it wasn’t a crime before the hate crime law was passed, then it’s still not a crime afterward.

Do you know what people are doing when they claim American hate crime laws will criminalize the Bible or send pastors to jail for preaching homosexuality is a sin? They’re lying. Or, at the very least, speaking from ignorance. They may give you examples from Canada or Sweden or other countries that don’t have a First Amendment, but they don’t apply to the US.

The Matthew Shepard Act added sexual orientation to the federal hate crimes statute. It doesn’t specify homo or hetero. If a gay man assaults a straight man out of hatred for straights, he can be charged with a hate crime.

Now at some point an anti-gay will protest, “But that STILL gives gays special treatment, because no one assaults straights for being straight!” I hope I’m there, because it’ll be fun to watch him realize what he just said and try to suck those words back into his lungs.

Actually, that’s true for people of all religions. Been true for decades. The religion protection is exactly the same as the sexual orientation protection (at the federal level at least; many states have protection for religion but not sexual orientation). [If it was true that] pastors [could be] prosecuted under hate crime laws for saying homosexuality is a sin, [then] I could be prosecuted for saying that the bigotry of Pat Robertson or Jimmy Swaggart is a sin. But neither of those things will happen because hate crime laws don’t make anything illegal.

Tisinai goes on to observe that “it’s amazing how much crap you can refute with just these three facts.” He then proceeds to give examples that are well worth reading, and which you can do so here.


See also the previous Wild Reed posts:
Rebuking a Common Lie
The Facts About the Overturning of Prop 8
The Matthew Shepard Act: “The Beginning of a Process That’s Ongoing”
The Scourge of Homophobia in Economically Impoverished Countries
First They Take Manhattan
Recognizing the Similarities Between Racism and Heterosexism

Hate crime legislation ultimately will be found to be an offense against the First Amendment's Right to Freedom of Speech and of the Press and probably against the provisions respecting Religion, Assembly and Redress of Grievances.

Are you kidding here, Ray? Gosh, does it upset you that people can be charged with a hate crime for beating up gays? Didn't you read, you can still hate, but if you can't commit a crime against someone due to prejudice. It amazing me that some people who claim to be "sooo Christian" are so upset about hate crime laws.